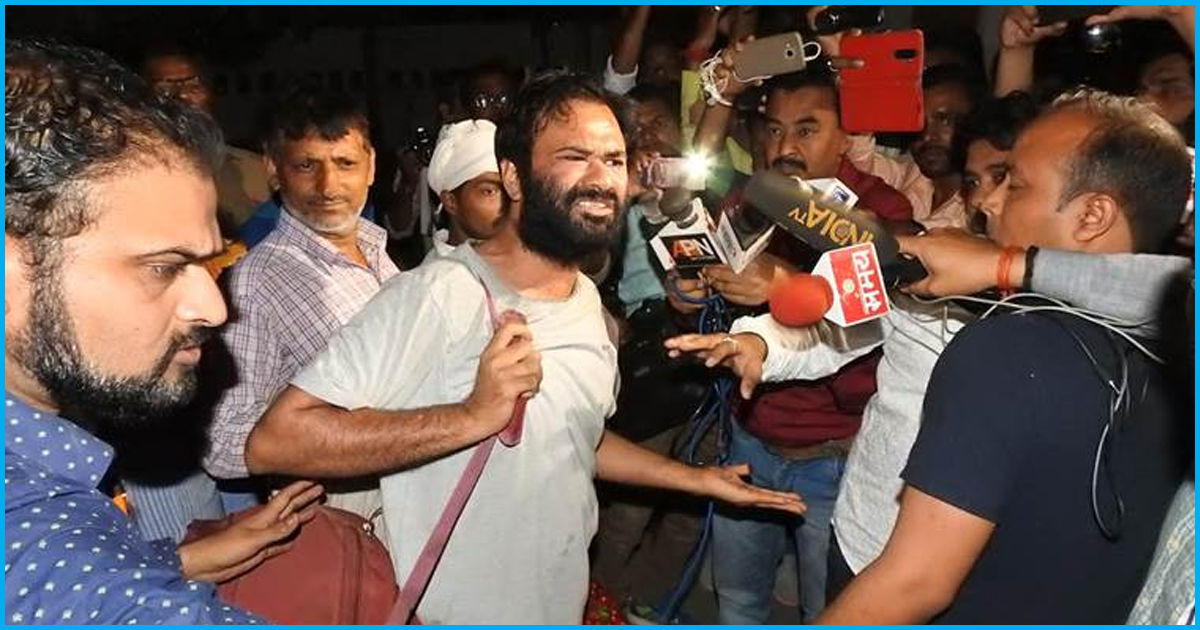 On September 22, Dr Kafeel Khan was arrested for allegedly creating ruckus at the district hospital. He was later granted bail. However, just a day after his bail, on Sunday, Dr Khan with his brother, Adeel Ahmed Khan was again arrested in an alleged nine-year-old bank fraud case in which he opened a bank account in a nationalised bank using fake documents.

According to The Indian Express, the police said that the account was opened in 2009 when Dr Kafeel was studying medicine at Manipal University. The police also added that the accused had made a transaction of Rs 2 crore through the same fake account.

According to the Additional Superintendent of Police, City (Gorakhpur) Vinay Kumar Singh, the complainant, Muzaffar Alam, in July this year had filed an FIR at the Cantonment police station. Alam had alleged that Dr Kafeel’s brother Adeel Khan and his close aide, Mohammad Faizan, opened a bank account in State Bank Of India (SBI) in Faizan’s name using his (Alam’s) photograph. In his complaint, he also mentioned that the two have used the same account to carry out transactions worth of Rs 2 crore.

Dr Kafeel one of the beneficiaries

While conducting the investigations, the police found out that the driver’s license used as the ID proof was fake, even the address of the account holder mentioned in the bank records was not found to be of Faizan’s. Also, as per the bank records, the introducer and the guarantor is Kafeel’s brother, Adeel, a businessman, said the Inspector Singh.

Adding to that a bank draft was prepared from the same bank account to pay education fee of Dr Kafeel in 2009. As Dr Kafeel is one of the beneficiaries of the account, he was also made the accused and was arrested. The police added that the complainant’s statement was recorded before the magistrate who held Dr Kafeel responsible, as reported by The Indian Express.

The bail was turned down

A case has been registered against Dr Kafeel, his brother Adeel and Faizan. Adeel Khan and Faizan are charged under IPC sections 420 (cheating and dishonestly inducing delivery of property), 467 (forgery of valuable security) and 471 (Using as genuine a forged document), said the police.

Soon after the arrest the accused were produced before a local court which sent them to the judicial custody. However, accused Faizan is abroad so the police would issue a notice to him to join the investigation, said Inspector Singh.

Later Adeel moved to the Allahabad High Court to ask for an arrest stay order, which was turned down by the Court, said Cantonment police station house officer (SHO) Ravi Kumar Rai.

On Saturday, after reports of the death of 71 children in the last 45 days at a Bahraich district hospital, Dr Kafeel Khan along with his driver and another aide reached the hospital. According to the reports, he started questioning the patients about the treatment being given to them, reportedly without obtaining permission from the hospital staff. He allegedly argued with the doctors and medical staff. The police were soon alerted and Dr Kafeel was taken into the custody. According to Dr Kafeel, the children died due to encephalitis, said his brother Adeel Khan.

He further claimed that Dr Kafeel was going to address media when he was arrested.

Dr Kafeel Khan is one of the nine accused in a case involving the deaths of several children due at the Baba Raghav Das Medical College in August 2017. He was arrested by Uttar Pradesh Police in September 2017 but was later granted a bail in April by the Allahabad High Court.