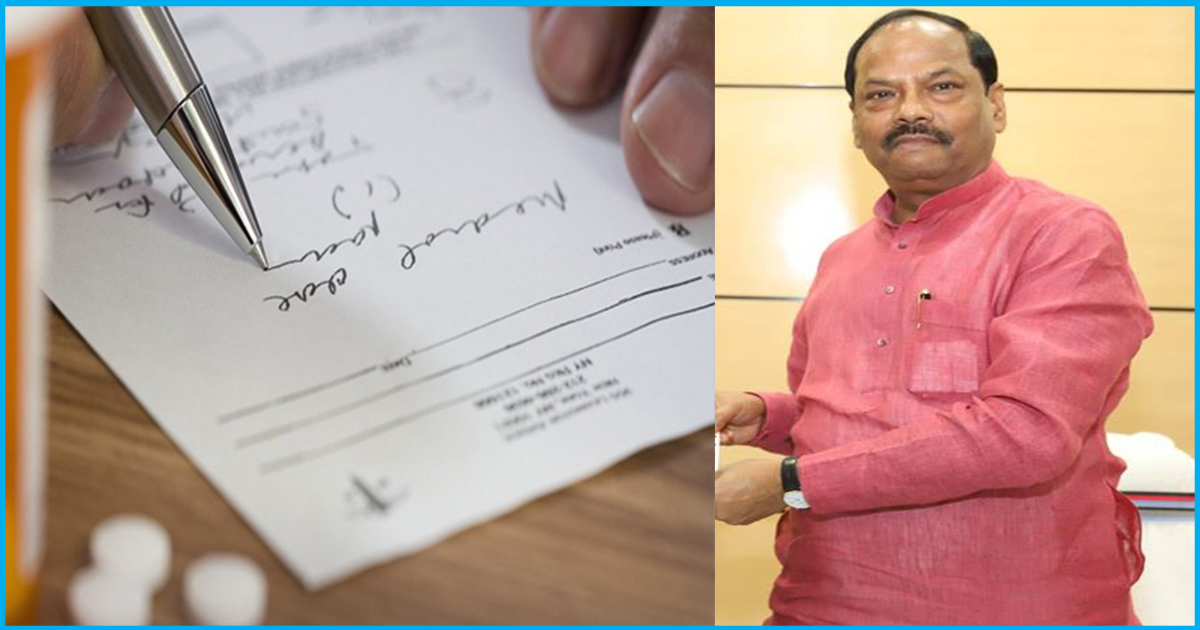 Indecipherable jottings of doctors will soon become a joke of the past, because it has been mandated by the Jharkhand Government that all doctors of private nursing homes and government hospitals have to write prescriptions in legible, capital letters and also write down the generic names of the drugs prescribed, following the guidelines of the Indian Medical Council (Professional Conduct, Etiquette and Ethics) Regulations, 2002. This is an attempt to bid adieu to the risk of misinterpretation in the prescriptions.

What does the notification say?

The notification was issued on September 21 by Akhauri Shashank Sinha, deputy secretary of health, medical education and family welfare department.

In case these directives are violated, it would lead to a warning for the first time. The second time, there will be the suspension for a certain period and in the third, cancellation of registration. The directive was actually issued on September 28, 2016, and said, “He/she shall ensure there are rational prescription and use of drugs”.

“The Union Health Ministry is bringing in a gazette notification to the effect soon after which the rule will be applicable across the country,’’ Indian Medical Association’s Dr K.K. Aggarwal told The Hindu on September 19. He also said that this move will educate doctors about the recent change, which will lead to effective implementation of the move and in turn, the benefit of the patients in the long run.

Move welcomed by some

Reportedly, doctors have accepted the move gladly, claiming that if this effort helps patients, a “little extra work” is worth it.

Doctor Anil Bansal of Delhi Medical Association said that doctors may take a little time to get used to this system as they are flooded with patients at any given time. “We have already started using the generic names of drugs and this we feel has contributed to reducing the total bill of patients since it allows them to buy drugs that are more economical,” he said.

Earlier in Lok Sabha, Union Health Minister J.P. Nadda had agreed with the distress of some parliamentarians that these illegible prescriptions may have severe consequences, and may even lead to death in some cases since illegible handwriting often cause chemists to provide wrong medicines. Corrective measures will soon be brought around, he had assured them.

A different take on the move

Hindustan Times reported that IMA state president Doctor AK Singh said that this rule might indirectly create problems for patients. He said that a prescription is written in capital letters will take at least 10-15 minutes, and if there is a long queue of patients, many of them will have to return without prescriptions.

Jharkhand Health Services Association (JHSA) general secretary Dr Bimlesh Kumar Singh said that at medical colleges, sadar hospitals and community health centres, a large number of patients come for treatment daily. He said that the medical officers would not be able to write prescriptions in capital letters on a daily basis.

Speaking to The Logical Indian, Doctor Anasuya Mukherjee from a Kolkata hospital said, “Writing the name of the medicines in capital letters and also providing the generic name of the drugs will surely benefit the patients as this will save a lot of time which is wasted in trying to interpret it. But on the other hand, it may affect the business prospects of a few of the pharmaceutical companies which claim to provide or may actually be providing certain medications at a better quality and at a significantly higher price than some other companies which are providing it at a cheaper cost.”

Despite the different takes on the move, it is surely going to bring a positive change in society. There will be no more misinterpretations of drugs by chemists, and patients, especially the ones who cannot read, will live a safer life. It will save the time of both the chemists and the patients.

A generic drug is the same in dosage form, safety, strength, quality, and works in the same way as a brand-name drug. Both provide the same clinical benefits. Providing the generic name is also going to ensure that patients are given the appropriate drug.

No matter how many sides there may be to a decision, an effort towards a better tomorrow must not be overlooked.