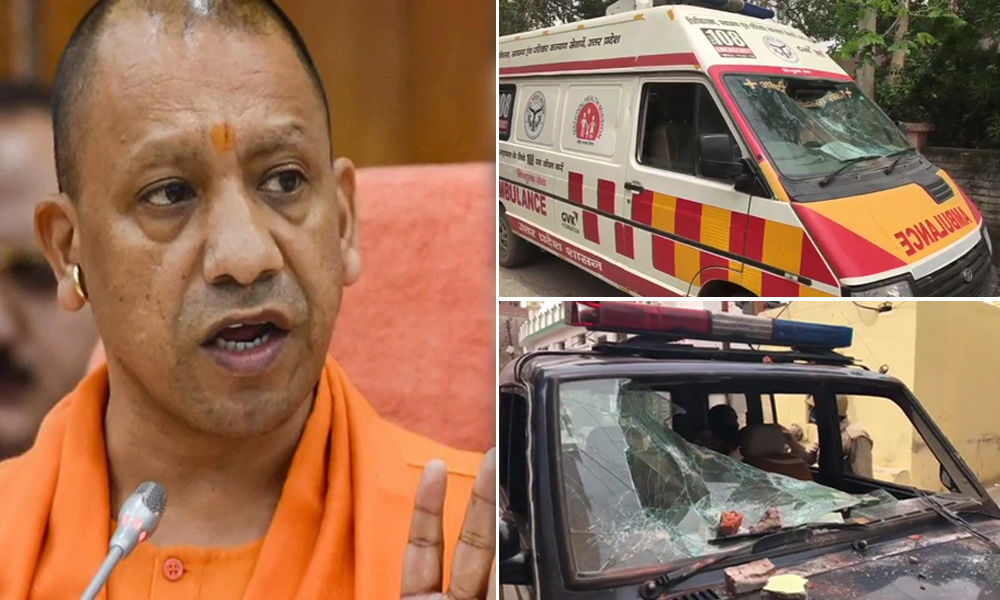 Following the attack on a team of doctors and medical staff by the locals in western Uttar Pradesh's Moradabad on Wednesday, April 15, Chief Minister Yogi Adityanath has ordered the police to book the accused under the stringent National Security Act(NSA).

"17 persons, including seven women, have been arrested in connection with the stone-pelting at medical team and police in Moradabad. A case has been registered under relevant sections of the IPC," Morabadabad SP Amit Kumar Anand told ANI on Thursday, April 16.

A team of doctors and medical staff had reached Moradabad's Nawabganj area to take primary contacts of a deceased COVID-19 patient when a mob pelted stones at the ambulance and medical staff. The police van, which came to rescue the health workers, was also targetted. Three people, including a doctor and a pharmacist, suffered injuries in the attack.

"When our team boarded the ambulance with the patient, a crowd emerged and started throwing stones. Some doctors are still there. We are injured," the driver of the ambulance that came under attack, was quoted as saying by news agency ANI.

Amit Pathak, a senior police officer in Moradabad, said the doctors were trying to quarantine the primary contacts of a COVID-19 patient who had died in the area when the attack happened.

"A medical and police team came here. When the family members were boarding ambulances, a crowd of around 150 people came and started throwing stones. A police car and ambulance are damaged. We will identify the culprits and act against them," the officer said.

CM Adityanath has ordered strict action against the culprits and said that the accused will also be made to pay for the property damaged in the attack.