The Delhi Police, which is under the control of the Union Home Ministry, have been strongly criticised for their lethargic attitude towards controlling the situation. 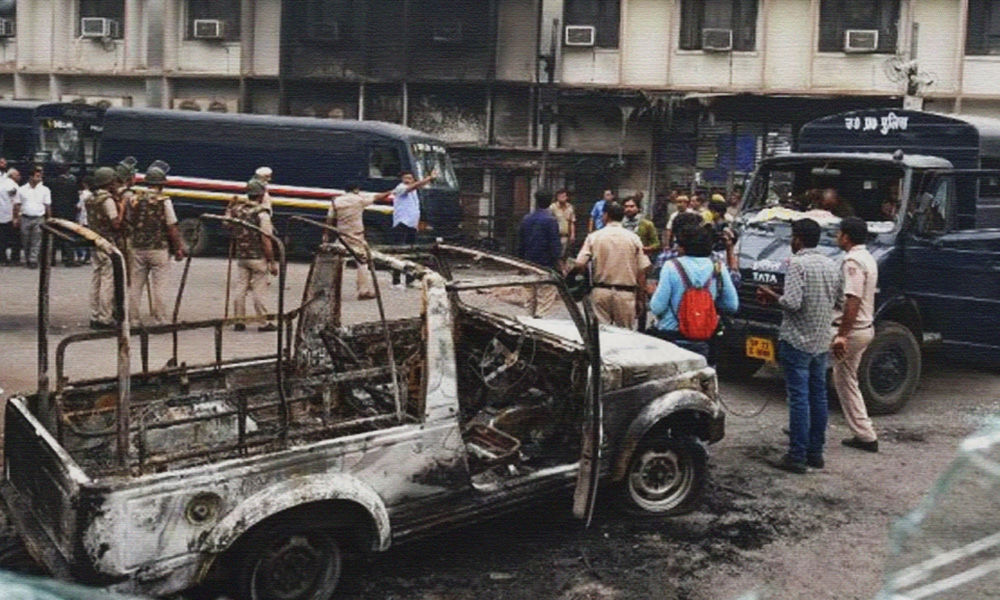 The Delhi Police on March 8 said that they have filed over 700 cases and detained or arrested nearly 2,400 people in connection with the communal violence in northeast Delhi on February 24

At least 53 people were killed, including head constable Ratan Lal who was on duty attached to the office of the ACP Gokalpuri, was killed, and over 200 were injured in the riots that lasted for nearly a week and shook the nation.

The police on Sunday said that they have either detained or arrested 2,387 people in relation to the violence. As many as 702 cases have been filed, of which 49 of them were under the Arms Act.

The Delhi police have also held several meetings with Aman Committees in violence-hit areas to deescalate tensions among locals. The Delhi Police, which is under the control of the Union Home Ministry, have been strongly criticised for their lethargic attitude towards controlling the situation.

The Delhi Minorites Panel had earlier alleged that the violence was well planned and one-sided. Zafarul-Islam Khan, the commission's chairperson, claimed that around 2,000 people were brought from outside to North East Delhi and were sheltered in schools for 24 hours before launching the attack.

Meanwhile, a Delhi court on Saturday allowed the police three more days' for custodial interrogation of Shahrukh Pathan, who pointed a gun at an unarmed police head constable and also fired shots in the other direction during the riots in Maujpur. The pistol he pointed was recovered from his home in northeast Delhi's Ghonda On Friday.

Earlier on Thursday, suspended Aam Aadmi Party councillor Tahir Hussain was arrested in connection with the killing of Intelligence Bureau staffer Ankit Sharma during the riots. He has been sent to seven-day police custody. Sharma's father registered an FIR against Hussain, who has rejected the charge.

The clash took place between the supporters and protesters of newly minted Citizenship (Amendment) Act. Since the time the Parliament has passed the CAA, the country has witnessed several protests. The CAA fastracks Indian citizenship to persecuted minorities excluding Muslims from Pakistan, Bangladesh, and Afghanistan.

Several states have passed a resolution in their state assembly against the contentious act. In the month of December, around 20 people lost their lives while staging protests. The United Nations, along with European lawmakers too have voiced their concerns over the act which is against the secular thread of India.