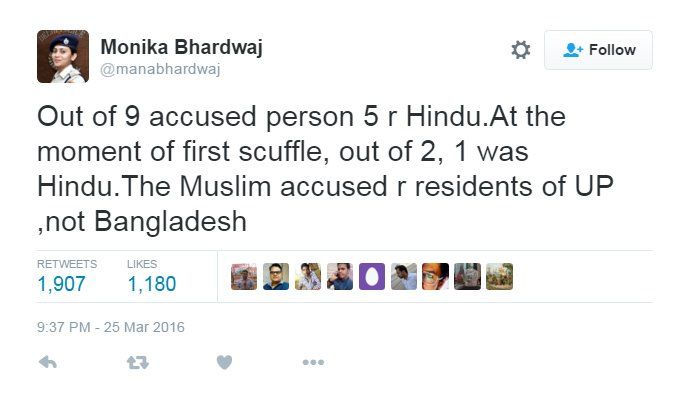 Dr. Pankaj Narang, a 41-year-old dentist from Delhi was brutally beaten to death by an angry mob on Thursday following an heated argument with angry mob. The incident took place at around 12 am when the dentist was playing cricket with his son in the balcony of their house. The ball went outside to a bylane and his eight-year-old son ran outside to retrieve the ball. At that time a motorcycle passed off speedily close to his son. This is when Narang scolded the two men on the motorcycle, which turned to a heated argument. The two men allegedly threatened Narang with dire consequences and fled from the place. After 10 minutes they returned with their friends who were heavily armed. The mob dragged the doctor out of his home in West Delhi’s Vikaspuri and started beating him in front of his son and wife. By the time the cops reached the spot, the mob had fled and Narang had to succumb to his injuries.

How the social media reacted?
As news of his death surfaced, people started tweeting about his death, branding the incident as premeditated murder. Rumours also stemmed assuming that the men who killed Narang were Bangladeshi Muslim residents. The Delhi Chief Minister Arvind Kejriwal was questioned by political rivals of his party. People questioned why only Muslim deaths are given such importance.

Clarification on behalf of the police While the debate on social media continued to get polarised on communal lines, Monika Bhardwaj, the additional deputy commissioner of police (west) clarified the factual details about those arrested. She took to Twitter and completely denied any communal angle on the incident. In one of her tweets she said, “4 juveniles among 9 arrested for murder of vikaspuri doctor. No religious angle at all, as rumoured by some. We appeal u to maintain peace.” It was followed by another tweet at night which read, “Out of 9 accused person 5 r Hindu. At the moment of first scuffle, out of 2, 1 was Hindu. The Muslim accused r residents of UP ,not Bangladesh”. Action taken by the police
While all this were doing the rounds of social media. The Delhi police arrested five persons, including a woman for allegedly killing the doctor. They have been sent to judicial custody till March 28. The accused Naseer, Amir, Ameer and Gopal were arrested along with Naseer’s mother Maesar. The police also arrested four juveniles who were produced before the Juvenile Justice Board on Friday.

The Logical Indian thanks the police for carrying out speedy arrests of the culprits who were involved in the murder of Dr. Narang. We also thank the police for the immediate clarification made on social media regarding the nature of the media given the fact that the rumours were spreading fast on communal lines.