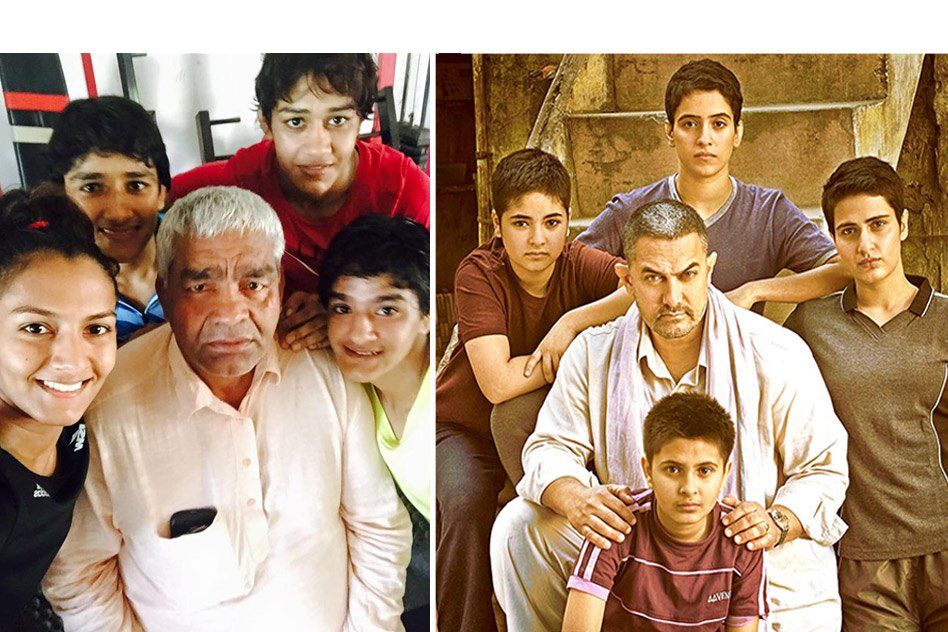 While “Dangal” Makes Headlines, The Phogat Family Is Yet To Receive The Rewards Promised By The Govt.

Expectations are soaring sky high with the release of the first trailer of the highly-anticipated flick “Dangal”. Scheduled to release on December 23, the Aamir Khan-starrer movie will bring to the silver-screen, the true story of Mahavir Singh Phogat and his daughters who scripted history in wrestling fraternity of India.

Mahavir’s relentless efforts in coaching have gone in the making of some of the top-notch grapplers who have all brought laurels to the country.

These wrestlers have been promised cash rewards, luxury cars, land for sports academics and other privileges whenever they have brought laurels. While an amount of the cash reward has already been paid, there is still a due of Rs 40 lakh, that is yet to be released by the Haryana government.

Both Babita and Vinesh, winners of Arjuna Award in 2015 and 2016 respectively, are yet to receive the cash rewards of Rs 5 lakh that are given to the Arjuna Awardees by the state government. Babita was even told that she can only claim rewards after 2012 and not before that since the previous government did not provide the budget to the present government for the purpose. The present government hasn’t also given any cognizance of the matter. A disappointed Babita stated, “We are not at fault if the government has changed, we should receive what we deserve.”

The present state of irregularity and confusion has displeased their father Mahavir who even wrote a letter to the District Sports Officer, seeking answers for the failure to meet the promises of the government.

Every week, the Phogat family goes to the district sports office to find out whether any progress have been made or not, but every time they return home with a heart full of disappointments.

Same fate for Sakshi Malik’s coach Kuldeep Malik
Even Olympic bronze-medalist Sakshi Malik’s coach Kuldeep Malik was promised cash rewards worth Rs 10 lakh by the Haryana government, after his return from the Rio Olympics 2016. So far, he has just received a photocopy of Rs 10 lakh cheque at a felicitation function in Bahadurgarh, Haryana. The cheque is yet to get real even after a months of approaching the Haryana government.

The Logical Indian believes that sports and athletics in India have been subjected to much negligence in the country. These athletes get recognized by the government only after they bring laurels to the nation. They give all their blood and sweat to perform their best and make the country proud. However, the government forgets to give them their due credit and reward them. We urge the government to take cognizance of the matter and provide the money to athletes.