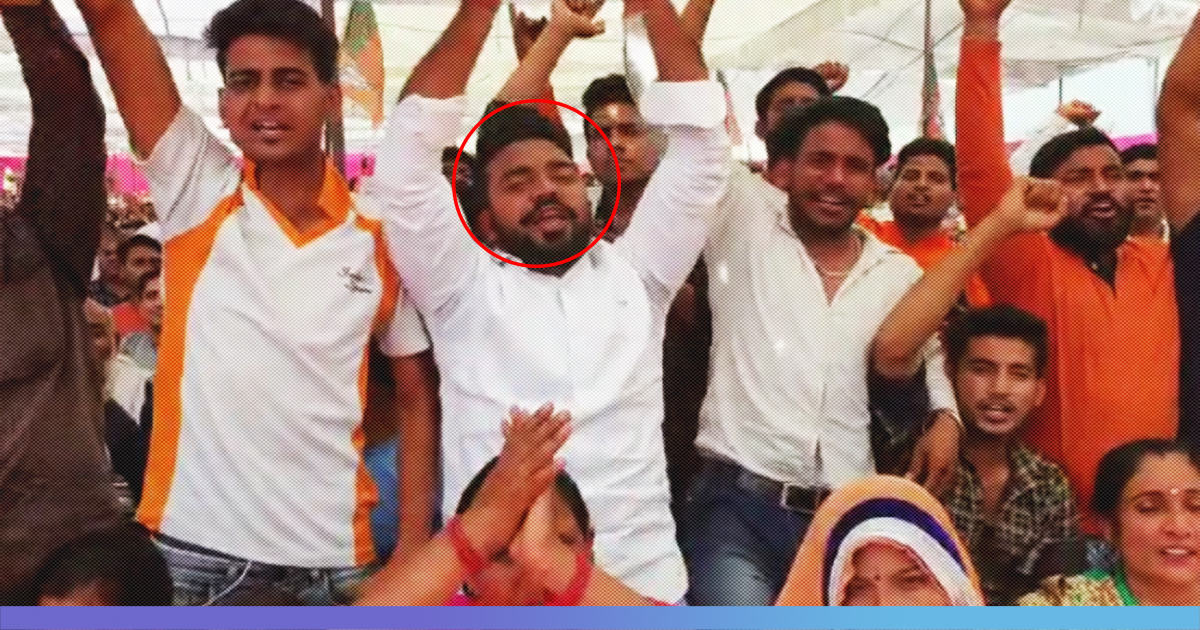 Among those listening keenly to the Uttar Pradesh Chief Minister Yogi Adityanath, the accused in the Dadri lynching case were also seen sitting in the front row of the rally. The rally was conducted in Bisada village of UP on March 31 for Union Minister and BJP candidate Mahesh Sharma, who is contesting from Gautam Budh Nagar in UP. Adityanath further invoked the Dadri lynching incident by talking about the incident and condemning the Samajwadi Party government. Yogi Adityanath said, “Who doesn’t remember what happened in Bisada? The way the Samajwadi Party government tried to curb our emotions here”, reported Indian Express.

He said that under Modi’s rule, they have taken care of the illegal slaughterhouses in the region.

The man in white, chanting “Yogi, Yogi” is the prime accused in the Mohd Akhlaq lynching case, out on bail currently.

Spotted in the front row today of the UP CM’s rally in Dadri. pic.twitter.com/Vj6bFcIKEo

Vishal Singh, one of the accused was seen cheering for the BJP with other accused in the rally. In September 2015, a 51-year-old Mohammed Akhlaq was lynched in Bisada by a mob for allegedly eating beef on Eid and storing it for future consumption. Vishal Singh, son of the local BJP leader Sanjay Rana said that he was wrongly implicated and “nothing will happen now” as he is out on bail, reported The Hindu. Unfortunately, all the 19 accused involved in the heinous act are out on bail.

Soon after the news spread out about Vishal Singh’s presence in the rally, Asaduddin Owaisi, Chief of All India Majlis-e-Ittehadul Muslimeen (AIMIM) launched a scathing attack on the ruling party saying that how BJP rally organisers previously have barred people wearing black, but a man accused of lynching gets first row tickets. He also disdained the party’s action by saying that the party will always support lynchers over their victims.

BJP's rally organizers have previously prevented people from attending rallies if they were wearing black; but a man accused of such a heinous crime gets first-row tickets

BJP has never missed a chance to show that they'll side with lynchers over their victims https://t.co/aL85SgZ2it

Four years back, on 28 September night around 10.30 pm Mohammed Akhlaq, a blacksmith was dragged from his home by a mob and was later killed. The family was accused of killing a missing cow from the neighbourhood and eating it. The propaganda to attack the family took shape over various Whatsapp group and from the local temple, the announcement of the family consuming beef was made. Six were arrested soon after the incident by the police. According to the police chargesheet, Vishal was charged under IPC Sections 302 (murder) and 307 (attempt to murder), among others. The case was moved to a fast-track court in April 2016. The next hearing date will be on April 10, 2019.

Also Read: A Murder Accused’s Dead Body Wrapped In Tricolour, Given The Stature Of A Martyr