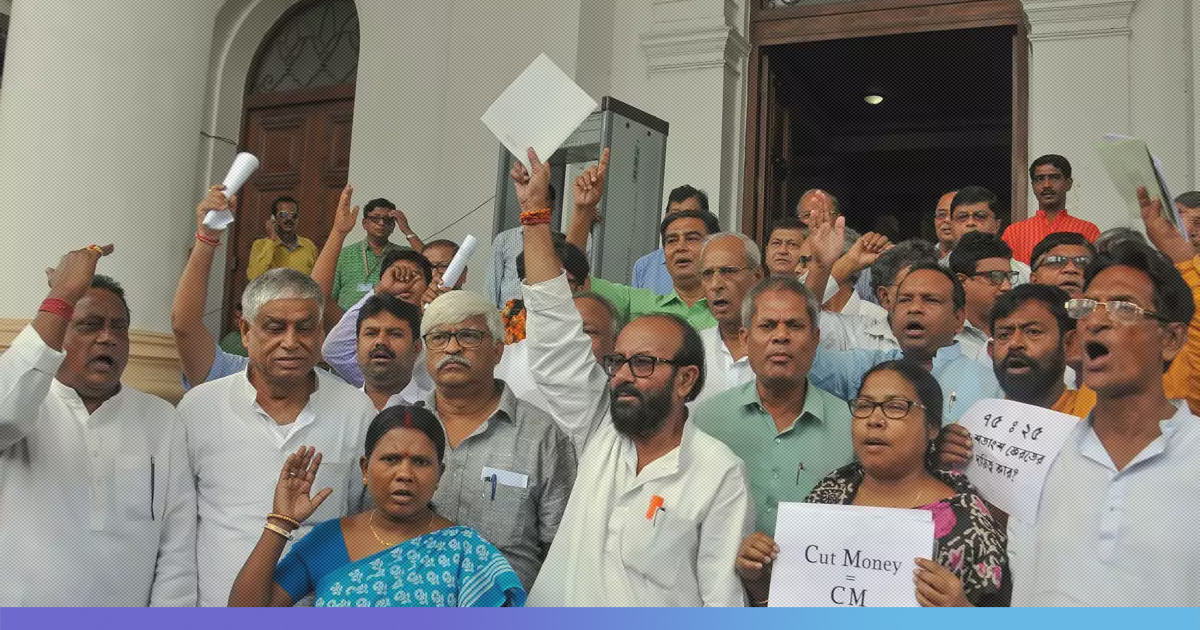 The Trinamool Congress Supremo – Mamata Banerjee has cautioned her party members against accepting – ‘cut money’ from government schemes and other corrupt practices, saying that those found guilty will be put behind the bars. After this announcement, a TMC booth president has returned over Rs 2.25 lakh to over 100 beneficiaries in Birbhum district following protests.

After Mamata Banerjee’s announcement, people in Birbhum protested against Trilochan Mukhopadhyay, a booth president on the outskirts of district headquarter town Suri for accepting money in exchange of jobs under the MGNREGA scheme.

Facing the pressure from people, Mukhopadhyay refunded Rs 1,600 each to 141 people from whom he had taken the money a few years back. The locals claim that a total of around Rs 2.41 lakh was deposited by the leaders in the account of beneficiaries as wages for constructing drain.

Tirlochan has apologised to the people and promised that he will never take money from the people.

Tirlochan has been avoiding the payment of wages for the last eight months. However, TMC’s Suri Block II president Nurul Islam refused to believe it to be cut money. He said that the party decided to club the wages of those workers who work three or four days with those of workers who work at a stretch of 20-25 days and then credit it to big account holders. He also said that TMC will withdraw the excess amount and then disburse it among the small beneficiaries based on their work.

Since the announcement, several protests and demonstrations took place in the state demanding cut money from TMC leaders.

On June 25, people in the district of North 24 Parganas and Birbhum district performed sit-in demonstration demanding the return of cut money from the leaders. TMC leaders in Burdwan, Cooch Behar, Purulia, Bankura, Kolkata, Nadia, West Midnapore, Malda, Jalpaiguri are bearing the brunt of people’s demand. Around hundred auto drivers gheraoed Tarakeshwar police station seeking the return of cut money they allegedly paid to the husband of a TMC councillor.

The issue of cut money was invoked in the Parliament as well. The state BJP President – Dilip Ghosh in his first speech in Parliament said that the development in Birbhum is due to the Prime Minister Narendra Modi’s complaint against “tolabaji tax” during his campaign. The cut money was also discussed in the state assembly where the Left and Congress demanded forming a commission to investigate “cut money” cases. TMC rebuffed the demand.