"We have not done anything wrong while obtaining the licence. We did not advertise Coronil, we just tried to tell people about the effects of the medicine," Patanjali Ayurved CEO Acharya Balkrishna said. 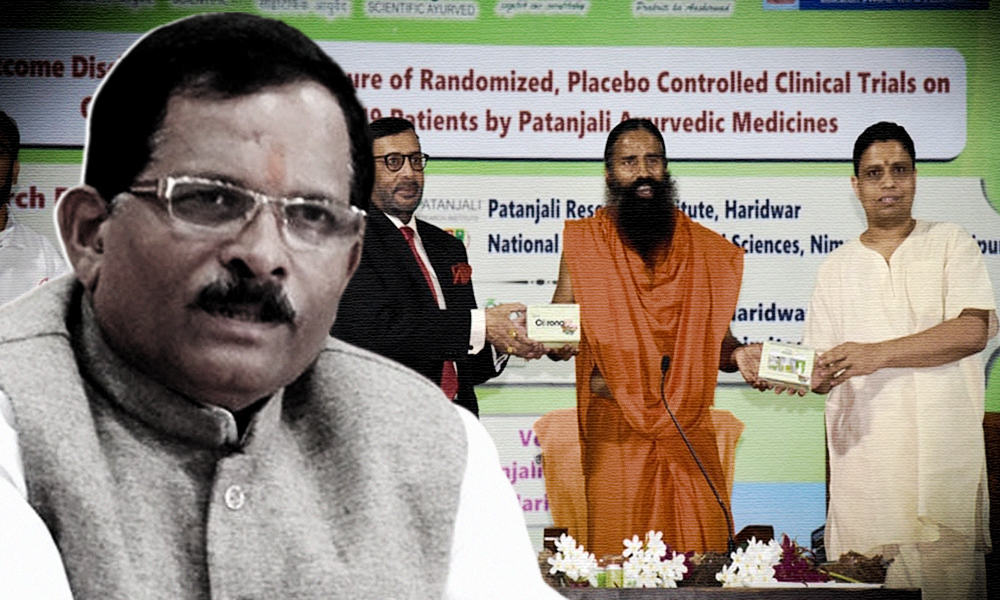 Patanjali Ayurved CEO Acharya Balkrishna on Thursday, June 25, said the company has not done anything wrong while getting the licence for its claimed medicine to treat COVID-19.

"We've followed all procedures to manufacture the medicine (Coronil). We applied for the licence based on classical evidence of the compounds used in the medicine. We worked on the compounds and put out the results of the clinical trial before people," Balkrishna said.

"We have not done anything wrong while obtaining the licence. We did not advertise Coronil, we just tried to tell people about the effects of the medicine," said Balkrishna.

As Patanjali Ayurved's claimed COVID-19 cure comes under the scanner of the government, Maharashtra Home Minister Anil Deshmukh on Thursday said that legal action will be initiated against Patanjali if there was any advertisement, endorsement or sale of its newly-launched COVID-19 drugs 'Coronil and Swasari' in the state before it gets an approval from the AYUSH Ministry.

This comes after Rajasthan also raised concerns about the authenticity of the anti-corona drug. Rajasthan government clarified that drug cannot be not used as a medicine in the state without the permission of the Ministry of AYUSH.

State Health Minister Raghu Sharma said that according to the gazette notification issued by the Government of India in April this year, under the Drugs and Cosmetic Act 1940 and 1945, no ayurvedic medicine can be sold as medicine for coronavirus infection during COVID-19 pandemic without the approval of Union Ministry of AYUSH.

On June 23, Patanjali Ayurved launched 'Coronil and Swasari' claiming to be Ayurvedic cure for treating the deadly COVID-19 and said that clinical trials have shown favourable results.

However, the Uttarakhand government soon served a notice to Patanjali Ayurved for launching a drug claiming to be a cure for COVID-19 when it had only applied for a licence to manufacture an immunity booster against cough and fever.

"Patanjali Ayurved Ltd had the licence only for manufacturing an immunity booster against cough and fever. There was nothing in their application related to the treatment of coroavirus," an official said.