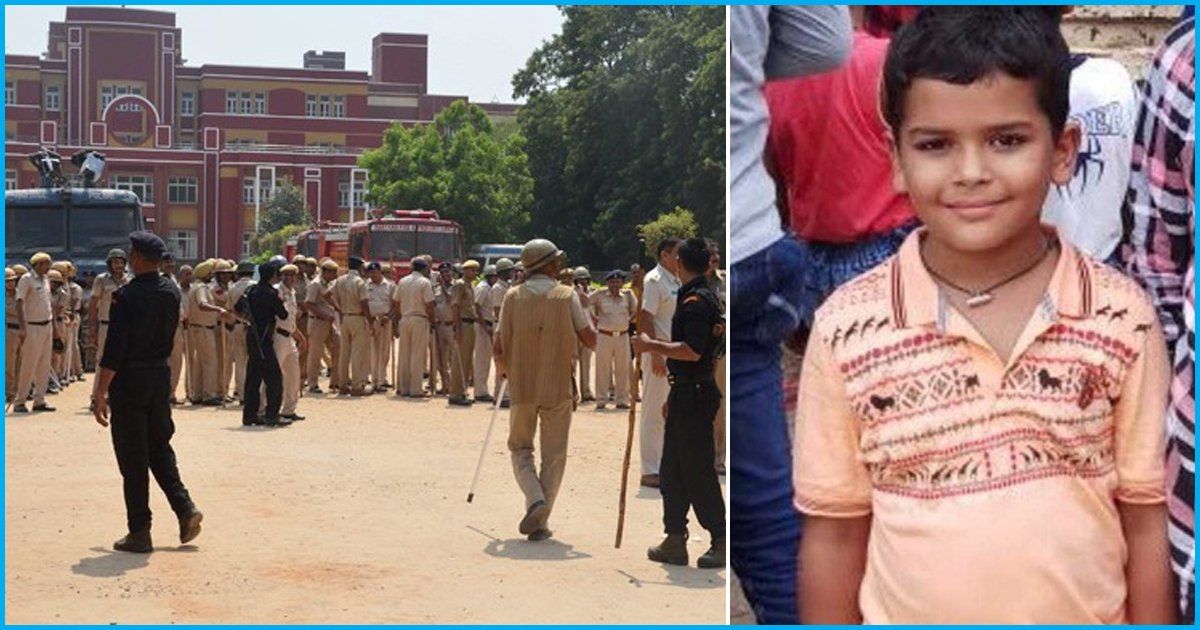 The Central Bureau of Investigation has arrested a Class XI student of Ryan International School, Gurgaon from his home in Sohna for murdering 7-year-old Pradyuman.

The dead body of Pradyuman was found inside the toilet of the school on September 8. Earlier, the police had arrested a 42-year-old bus conductor associated with the school for the murder, alleging that he tried to sexually assault the 7-year-old.

News18 reported that the Class XI student now arrested was charged under Section 302 (punishment for murder) of the Indian Penal Code (IPC) and taken in for interrogation by the CBI on Tuesday night, October 7.

“The CBI questioned him the whole day and did not let me meet him. Around 11 pm, they told me that he has murdered Pradyuman,” said the boy’s father.

According to Section 19(a) of the Juvenile Justice Act, information by the police officer-in-charge on arrest needs to be provided to the parent /guardian and probation officer. Since the arrested student is a minor, the report cannot divulge the name of the accused or his parent.

Earlier, the Gurgaon police had claimed to have secured a confession from the conductor. They said that he managed to carry a knife into the school premises and went to the washroom intending to commit sodomy on any child who walked in. The police also claimed that he later washed his hands and walked out of the toilet, leaving the knife behind.

“The conductor’s role in the case is clear, we will investigate if there are others and if so then they too will be prosecuted. The crime scene and sequence of events will be recreated,” said Gurgaon Police Commissioner, Sandeep Khirwar had said.

All this while, the conductor’s family maintained that he was being framed. His wife that had he was beaten up and given an injection. Similarly, Pradyuman’s family blamed the school for negligence. His father was dissatisfied by the probe and suspected some past connection which led to the murder of his boy. The bus conductor had no reason to murder his son, he had said.

Conflicting reports are emerging about whether Pradyuman’s murder was sexually motivated or not. It is suspected that the Class XI boy was also carrying a knife and tried to sexually assault the child in the bathroom.

However, an earlier article by News18 said that the boy was not sexually assaulted as per the autopsy report.

“The second point that came out in the report is that the child died due to excessive bleeding. There was no sexual assault on the minor and no semen marks were found on his school dress,” said the doctor who conducted Pradyumaná autopsy. He added that there were two cuts on his body and a nerve was slashed due to which he could not cry for help when he was attacked.

The Class XI boy who is now detained by the police is being ‘framed’, his father claimed to India Today.

The media house also reported that while there is no comment from the CBI, the father informed that the investigators said that his son wanted school exams postponed and so murdered Pradyuman in order to get Ryan International School to declare a holiday.

The father also claims torture of his son by the CBI.

In an interview with NDTV, he said that his son was called three times earlier to CBI headquarters in Delhi. However, on Tuesday night they arrested him claiming that the boy was arrested. He claims that his boy is innocent as he informed of Pradyuman’s murder to the gardener and teachers. “There was not even one spot of blood on him,” he said.

Meanwhile, India Today reports that sources within the CBI have told the media house that they have ‘material evidence’ of the murder.

The case still seems to have multiple loopholed because of the conflicting claims by the police, the CBI and the family of both the accused persons and the murdered child. The Logical Indian community hopes that a wrong accusation doesn’t lead to the conviction of an innocent. Speedy and proper probe into the murder needs to be conducted to bring to justice the murderer.