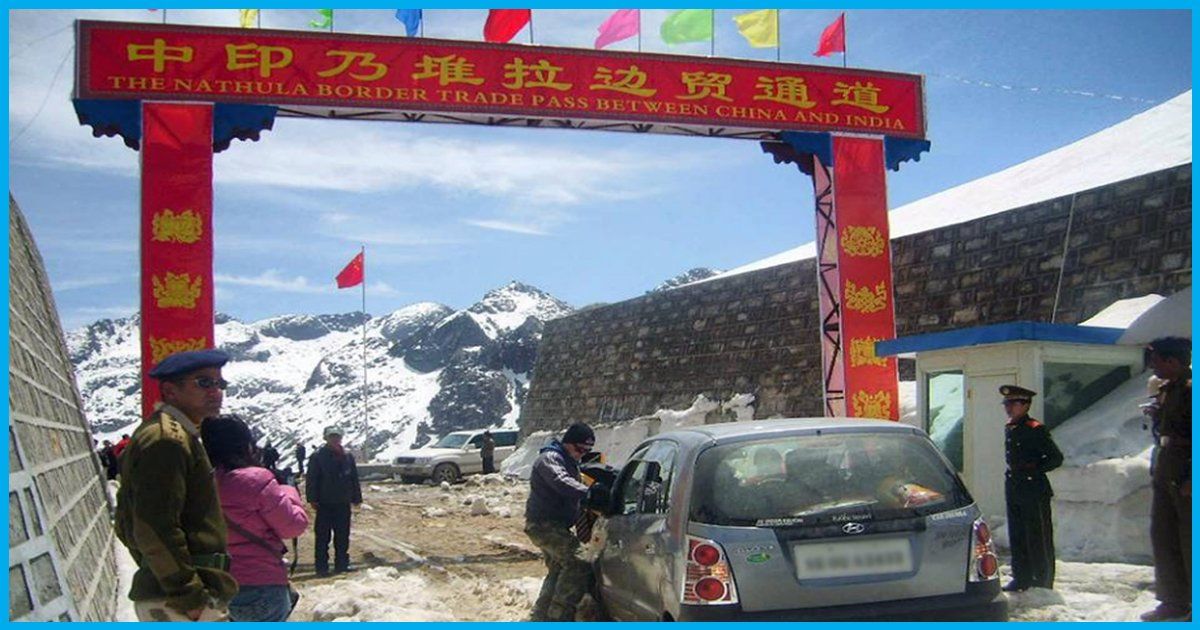 Courtesy: The Times of India, The Hindu�| Image Credit: The Hindu
Latest News

In the first week of June, tensions mounted in the north-eastern state of Sikkim after a scuffle broke out between the Indian army and the People’s Liberation Army (PLA) – the armed forces of the Communist Party of China. The latter intruded into Indian territory, destroyed two bunkers and obstructed a batch of pilgrims headed for the Kailash Mansarovar Yatra.

The Times of India reports that the PLA troops had “transgressed” into the Doka La region at the Sikkim-Bhutan-Tibet tri-junction and destroyed two Indian Army bunkers in Lalten area around 10 days ago.

“There was some jostling and a scuffle between the rival troops. Our soldiers formed a human wall to deny the PLA troops from making further inroads,” said a source to The Times of India.

Due to the recent scuffle, the Indian army twice asked for a flag meeting with PLA. A subsequent meeting on June 20 failed to defuse the tension, with China saying that it would not allow Indian pilgrims to cross over for the Kailash Mansarovar Yatra. China cited “safety reasons” doe denying entry to pilgrims.

The Sikkim route to Mansarovar, which is in Tibet, was opened in 2015. Around fifty pilgrims who were headed for Kailash Mansarovar in Tibet through the Nathu La in Sikkim subsequently returned to Gangtok after waiting till June 23.

China has accused Indian troops of “crossing the boundary” in the Sikkim section, calling for their immediate withdrawal and a detailed investigation of the issue.

In a statement last night, Chinese Foreign Ministry spokesman Geng Shuang said, “The Indian border guards crossed the boundary in the Sikkim section of the China-India border and entered the territory of China, and obstructed normal activities of Chinese frontier forces in the Donglang area recently, and the Chinese side has taken counter-measures,” reported Economic Times.

His statement came as the PLA accused the Indian military of crossing the Line of Actual Control (LAC) and stopping the construction of a road in DongLang region.

“For China to build the road was completely an act of sovereignty on its own territory and the Indian side has no right to interfere,” said Shuang.

On Tuesday, China lodged protests in Beijing and New Delhi against Indian soldiers “trespassing” into its territory and said that the Mansarovar Yatra would remain suspended till India “withdrew” its troops.

The History of Sikkim in India-China relations

During the Sino-Indian War of 1962 (dispute over the sovereignty of the Aksai Chin and Arunachal Pradesh border regions), Nathu La witnessed skirmishes between soldiers from both sides. Shortly thereafter, the passage was sealed and remained closed for more than four decades.

Between 7 and 13 September 1967, PLA and the Indian Army had six-day “border skirmishes”, including the exchange of heavy artillery fire. In 1975, Sikkim acceded into India and Nathu La became part of the Indian territory. China, however, refused to acknowledge the accession at that time. It claimed that Sikkim was a part of Tibet, and therefore, a part of China. In 2003, relations between the two nations thawed considerably and China recognised Sikkim as a part of the Indian subcontinent. The Nathu La pass was formally opened in 2006 – the year was also marked as the year of Sino-Indian friendship.

Though there is no cross-border firing in LAC, like along the 778-km Line of Control with Pakistan, border transgressions and face-offs between Indian and Chinese troops occur almost on a daily basis at different stretches along the 4,057-km line, with eastern Ladakh and Arunachal Pradesh, in particular, being major flashpoints.

Over the last couple of years, the Indian Army has built many new bunkers and upgraded older ones along the border in Sikkim to augment its defences against the PLA, which has stepped up its activities near the Sikkim-Bhutan-Tibet tri-junction.

The Indian army is yet to comment on the recent scuffle, though the external affairs ministry had raised issues with China’s refusal to allow nearly 50 pilgrims headed for Kailash Mansarovar in Tibet.