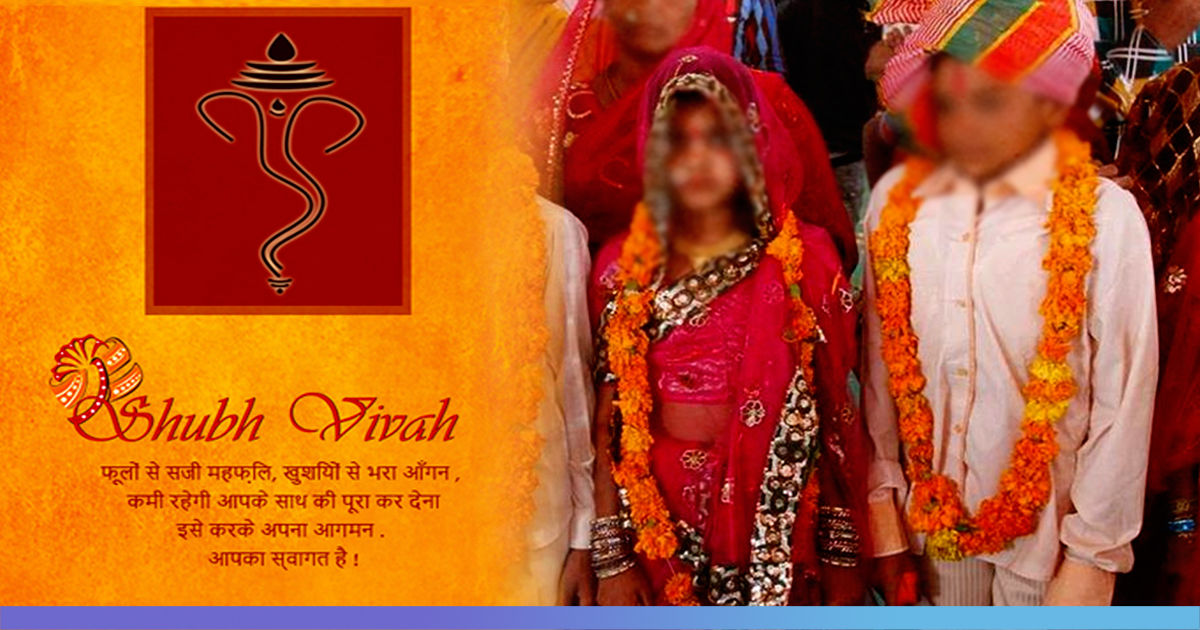 The district administration of Bundi district, Rajasthan to put an end to the ongoing child marriage practices in the state has come up with some unorthodox steps, reported The New Indian Express. The never descending child marriages have helped the country to be on the sixth spot in the world despite the Child Marriage Restraint Act.

The crackdown on child marriage came just ahead of Akshaya Tritiya (May 7) – a day which accounts for a heavy number of children getting married secretly every year in Rajasthan. The district administration of Bundi district in Rajasthan has strictly asked the press proprietors to obtain the date of birth of both the groom and bride for printing the invitation card. They also asked them to carry a statutory warning stating: ‘Child marriage is a punishable crime and for marriage, the girl and the boy should respectively be over 18 and 21 years of age’.

Rukmani Riyar, the Bundi District Collector has asked all the district officials to keep an eye on various areas and notify when found something fishy. The district administration has congregated a team of school principals, land record inspectors, Anganwadi workers, gram sevak, and ‘santheen’ to keep an eye on such marriage and take legal action against those facilitating child marriages. The team is also asked to inspect on activities such as whitewashing in homes, henna on children’s palm, absence of children from school, playing of the band, booking of priests and vehicles, which are possible signs of a marriage ceremony. If found something suspicious then the team should inform Tehsildar and police station. The immediate steps should be to stop the marriage and to punish the guilty party. The district administration has also asked the traders associated with the tent and light decoration to carry the statutory warning.

The district collector has ordered the sub-divisional magistrate [SDM] and Tehsildar to set up a 24*7 control room at their respective offices- 15 days ahead of Akshaya Tritiya. Sub-divisional magistrate and deputy district magistrate will look after child marriages. If any child marriages happen under their nose actions as per rule would be initiated. The Bundi district administration has also set up a control room at the district collector office, which would be functional from April 22 to May 25. Apart from these, awareness program at a panchayat level to prevent child marriages should be carried out by the chief executive officer and development officer.