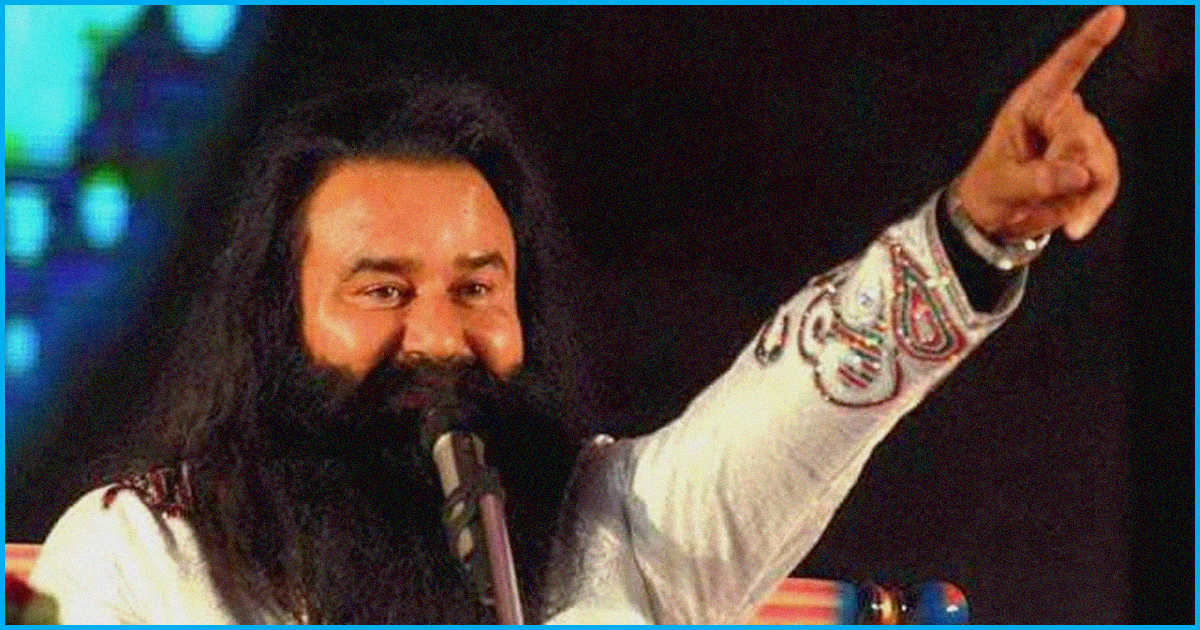 On January 11, Dera Sacha Sauda Chief Gurmeet Ram Rahim and three others got convicted for the murder of Sirsa-based journalist Ram Chander Chhatrapati. Six days later, on January 17, Thursday a special CBI court announced the quantum of punishment for the four convicted. The court sentenced Ram Rahim along with his other three aids a life imprisonment term. The journalist’s daughter called the sentence satisfactory.

“Though we were demanding capital punishment, this sentence is no less than the death sentence as he will not be able to come out of the jail for his entire life. He will be behind bars till his last breath,” said journalist’s daughter Shreyasi Chhatrapati, as reported by NDTV.

She further said that Dera Chief Gurmeet would now remember his crime every day and then weep while being in jail. She called the awarded punishment satisfactory.

The four convicted in the case includes Gurmeet Ram Rahim, former Dera manager Krishan Lal and two carpenters — Nirmal Singh and Kuldeep Singh. Gurmeet Ram Rahim is currently lodged at District Jail Sunaria in Rohtak and is also serving a 20-year prison term in another case for raping two of his followers. The other three convicts are lodged at Central Jail, Ambala. The special court of CBI judge, Jagdeep Singh has also slapped a fine of Rs 50,000 on all four convicts.

Murder of a journalist

As reported by the Economic Times, the judgement was pronounced by CBI court judge Jagdeep Singh in Panchkula, Haryana. The lawyer for the CBI, HPS Verma told PTI, “All the four accused have been convicted.”

Chhatrapati’s newspaper Poora Sach published an anonymous letter. The letter described how women were being sexually assaulted at the Dera headquarters. The journalist was shot in October 2002. The said journalist succumbed to his injuries, while the case got registered in 2003. In 2006, the CBI finally took over the case. Ram Rahim was found to be the main conspirator in the case.

Ram Rahim, who is at present serving a 20-year prison term for raping two of his followers, appeared before the court through video conferencing from Rohtak’s Sunaria jail. The punishment will be declared on January 17.

As of now, the security arrangements have been enhanced, especially in Panchkula, Sirsa which is the headquarters of Dear and Rohtak. Several companies of the state armed police, anti-riot police and commando forces are deployed, reported The Quint.

We salute him and hope his life doesn't go in vain. Heroes like him keep this democracy sane and safe.#RamRahimVerdict

Ram Rahim Singh was found guilty of raping two women followers in 2002 and has been sentenced with 20 years of imprisonment (it was initially reported that the sentence was of 10 years’ length) in August 2017. The sect chief was convicted on two counts for rape(Section 376 IPC), criminal intimidation(Section 506 IPC) and Section 509(word, gesture or act intended to insult the modesty of a woman).

Hundreds of followers of the self-styled spiritual guru Gurmeet Ram Rahim Singh went berserk post the verdict that convicted the Dera chief of rape charges. They charged at police barricades and media vans outside a court in Haryana’s Panchkula. They set buses and cars on fire. Haryana suffered a loss of more than Rs 126 crore in the violence that had erupted.