The Centre had also mentioned about the assistance towards the COVID-19 positive person who would need hospitalisation, but this too has been revoked by the government. The Centre will no longer bear the cost of hospitalisation for treatment either. 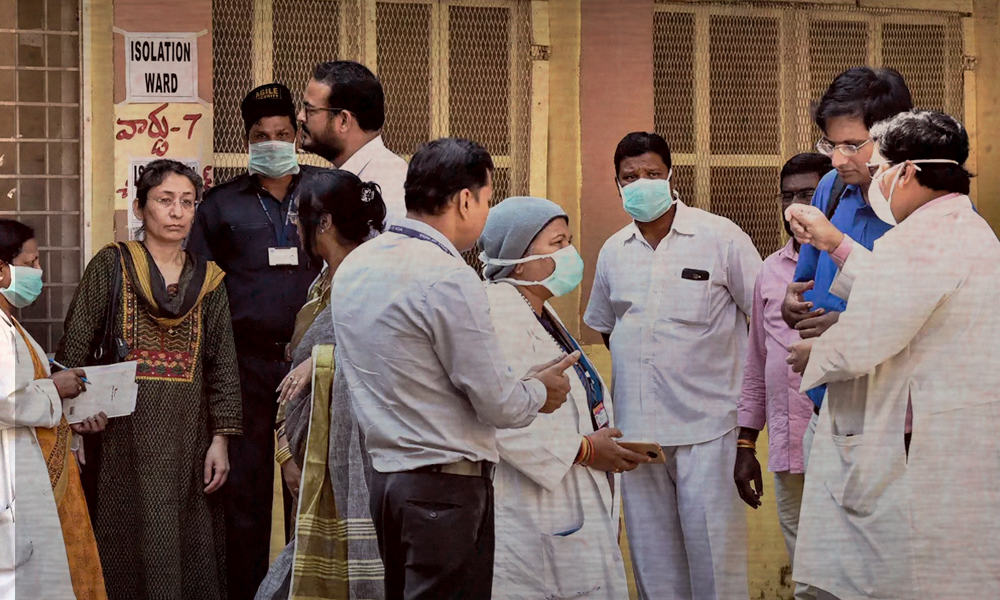 Hours after the government vowed to provide Rs 4 lakh ex-gratia to the families of those who lost their lives due to the novel Coronavirus, the Centre withdrew its decision to do so.

The Centre earlier announced that 'Rs 4 lakh will be given for per deceased person, including those involved in response activities, subject to certification regarding the cause of death from appropriate authority'. However, as per the latest announcement, the document had no mention of the ex-gratia amount.

Apart from Rs 4 lakh ex-gratia, the Centre had also mentioned about the assistance towards the Covid-19 positive person who would need hospitalisation, but this too has been revoked by the government. The Centre will no longer bear the cost of hospitalisation for treatment either.

An updated list of norms for the allocation of the State Disaster Response Fund (SDRF) was issued:

Earlier in the day, the government had claimed that it would treat the rising outbreak of coronavirus in India as a declared disaster to give assistance under the SDRF.

It noted assistance norms in a release published on Saturday claiming Rs 4 lakh would be given to the families of victims, "including those involved in relief operations or associated in response activities, subject to certification regarding the cause of death from the appropriate authority."

Government decides to treat #CoronavirusinIndia as a notified disaster for the purpose of providing assistance under the State Disaster Response Fund (SDRF).#CoronavirusPandemic #COVID19 pic.twitter.com/A0x0BnlQ12

"This [earlier] order would have adequately equipped the State to respond and provide relief to Covid-19-affected citizens by being able to provide Rs 4 lakh to the families of anyone who succumbed to death due to Covid-19," Pinarayi Vijayan wrote to PM Modi.

The total number of confirmed cases of the novel coronavirus in India has touched 107, with the maximum in Maharashtra (31). The virus first surfaced in China late last year but spread to as many as 152 countries after which it was declared a pandemic.

The virus has no vaccine or cure as of now. However, supportive care can help in the recovery, according to WHO. Precautionary measures, including frequent hand-washing, refraining from touching one's face, and social distancing have been advised by several health organisations.