Bru Refugees From Mizoram To Permanently Settle In Tripura

"A 23-year-old problem, which has been lingering for so long, has reached its logical conclusion," said Home Minister Amit Shah. 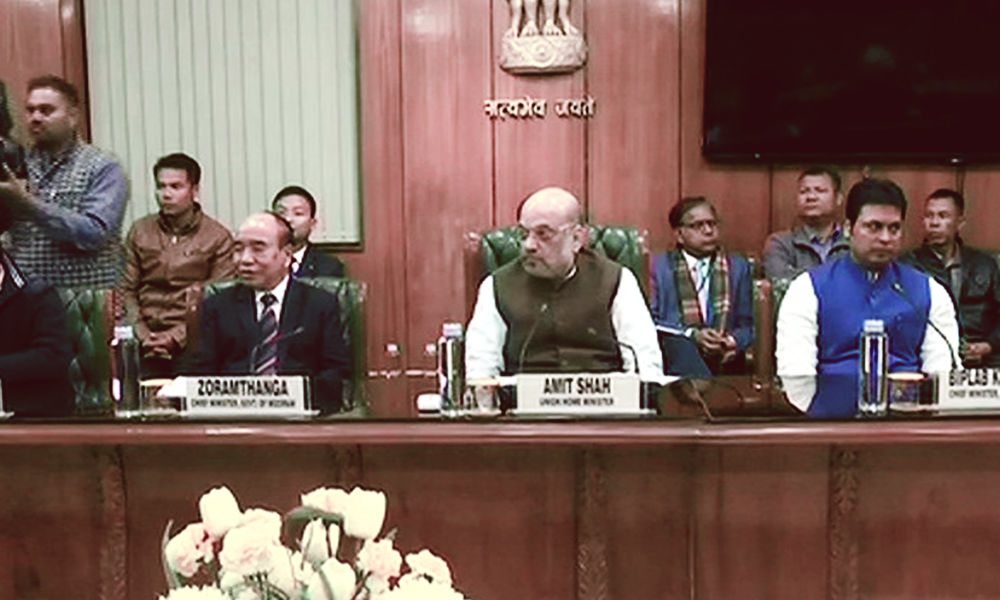 More than 30,000 displaced members of the Bru tribal community from Mizoram, who had taken refugee in Tripura since 1997, are now permanently allowed to settle in Tripura after an agreement.

On January, representatives of the Bru community, the Centre, and Mizoram signed the agreement in the presence of Union Home Minister Amit Shah at the Secretariat building in Delhi.

"A 23-year-old problem, which has been lingering for so long, has reached its logical conclusion," Shah said, according to Hindustan Times.

He said that under Prime Minister Narendra Modi's leadership, one after other, problems are being solved.

The Bru tribals were staying in Tripura in six relief camps after they escaped from Mizoram in 1997 following ethnic clashes between Bru and Mizo communities.

Under the recently signed agreement, the Centre government will disburse Rs 4 lakh to each Bru family in a fixed deposit account. They will also get Rs 5,000 every month for two years, a plot land in Tripura and ration for two years.

Prime Minister Narendra Modi after the signing of the agreement took to Twitter and wrote - "Committed to the development of the North East and its citizens!"

Reacting to the agreement, The Mizoram Chief Minister Zoramthanga said that the Bru crisis has been resolved and there will be no political tussle between Mizoram and Tripura government.

Tripura Chief Minister Biplab Deb said that the refugees were deprived of their basic rights and facilities but will now settle in his state.