The protesters on Tuesday started demonstrations in the Coochbehar district of West Bengal, and were seen vandalising buses, as police dragged them away. 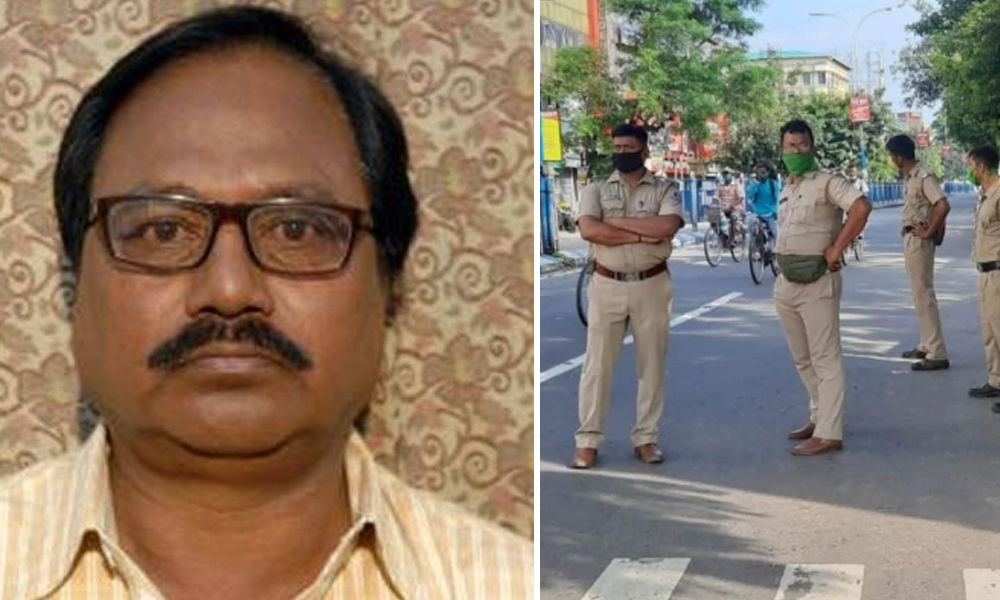 BJP workers staged a protest against the death of Bengal's Hemtabad BJP MLA Debendra Nath Roy, alleging that it was "murder".

The comments came in the wake of Roy's autopsy report which stated that the "legislator died due to hanging and no injury mark was found on his body". Calling for a CBI probe into the case, Rahul Sinha, the national secretary of the BJP, on Tuesday said they have no faith in the post-mortem report and accused the police and the administration were trying to "project the murder as suicide", reported Indian Express.

"The state police and the administration want to cover up the matter. The post-mortem report called the murder-suicide. We have no confidence in this report. The state should either hand over the investigation to the CBI or order a judicial probe under the supervision of a sitting judge of the high court," Sinha said.

Markets remained shut as the party observed a 12-hour bandh in the region, and social distancing went for a toss as none of the protestors was seen wearing a mask.

The workers protested against the Mamta Banerjee government over the death, and demanded justice for the MLA. Police personnel resorted to lathi-charge and were seen taking off flags and posters of BJP in the area.

Debendra Nath Roy yesterday was found hanging from the ceiling of a verandah outside a shuttered shop near his home in Bindal village in Hemtabad area of the district.

Speaking to The Print, Roy's family has alleged that it is a clear case of murder an not a suicide. His wife told the media that Roy was 'called and taken' out of his house by a group of unidentified people the other night at 1 am.

However, the West Bengal Police issued a statement on Twitter, claiming to have found a suicide note from the deceased's pocket.

"We recovered a suicide note from his pocket. He mentioned some financial issues he was into for some days. He also wrote about two men. We are investigating the matter and the body has been sent for an autopsy," Raiganj Superintendent of Police Sumit Kumar as quoted.

Roy, 60, was a former CPI (M) member and had won from the North Dinajpur district's Hemtabad constituency in 2016, after joining BJP last year.

His death has sparked widespread shock and has led to calls for a high-level inquiry. Governor of the state Jagdeep Dhankar tweeted the his postmortem should be videotaped in compliance with Supreme Court guidelines.

Hematabad MLA 'hanging'-Police stance at top that it is 'suicide' is indicative of cover up- smacks with police prejudice, not without obvious intentions.

Autopsy be
VIDEOGRAPHED
BY EXPERT TEAM
AS PER SUPREME COURT DIRECTIVES

Many BJP leaders including J P Nadda have raised suspicion over his death and called for a thorough inquiry.

The suspected heinous killing of Debendra Nath Ray, BJP MLA from Hemtabad in West Bengal, is extremely shocking and deplorable. This speaks of the Gunda Raj & failure of law and order in the Mamta govt. People will not forgive such a govt in the future. We strongly condemn this.

On Tuesday, a BJP delegation led by Kailash Vijayvargiya also met President Ram Nath Kovind, to apprise him of the deteriorating law in the state and and hand over a memorandum.

Also Read: China Denied Funeral To Its Soldiers Killed In Galwan Valley Clash To Cover Up 'Blunder': US Intelligence Assessment