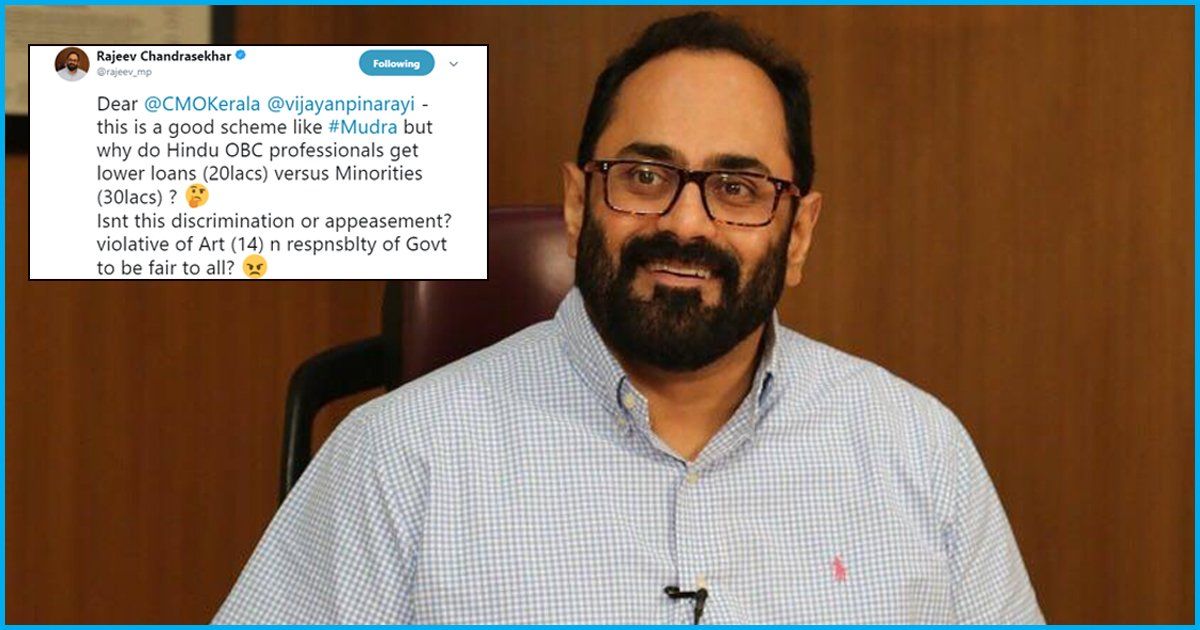 [Update: The title of the article has been changed as it earlier suggested that Rajeev Chandrashekhar is a BJP MP. However, he is an independent candidate with the National Democratic Alliance (NDA). Chandrashekhar is the vice chairman of BJP-led NDA in Kerala.]

Chandrasekhar is the vice chairman of the BJP-led coalition National Democratic Alliance (NDA) in Kerala. He is also the founder of a private firm Jupiter Capital Pvt Ltd.

He took Twitter to accuse the Kerala State Backward Development Corporation’s new initiative of giving start-up loan for professionals. “This is a good scheme like #Mudra, but why do Hindu OBC professionals get lower loans (20 lacs) versus Minorities (30 lacs)? isn’t this discrimination or appeasement? violative of Art (14) n responsibility of Govt to be fair to all?” he tweeted.

Dr Isaac accused Rajeev Chandrasekhar of making wrong statements and asked him to challenge PM Narendra Modi to comment on the issue. “The term of the Lok Sabha MP is 5 years and the term of the Rajya Sabha is six years. The Rajya Sabha members are representing the State Legislature. Their position demands greater responsibility for their actions and comments”, he added in his Facebook post. He also asked the MP not to create communal polarisation by making such remarks.

A position of power comes with responsibilities. While this isn’t a case of fake news, communicating incomplete information can have equal adverse repercussions. Anything said on a public platform, especially by a member of the parliament, should be fact-checked so as to not misinform citizens.