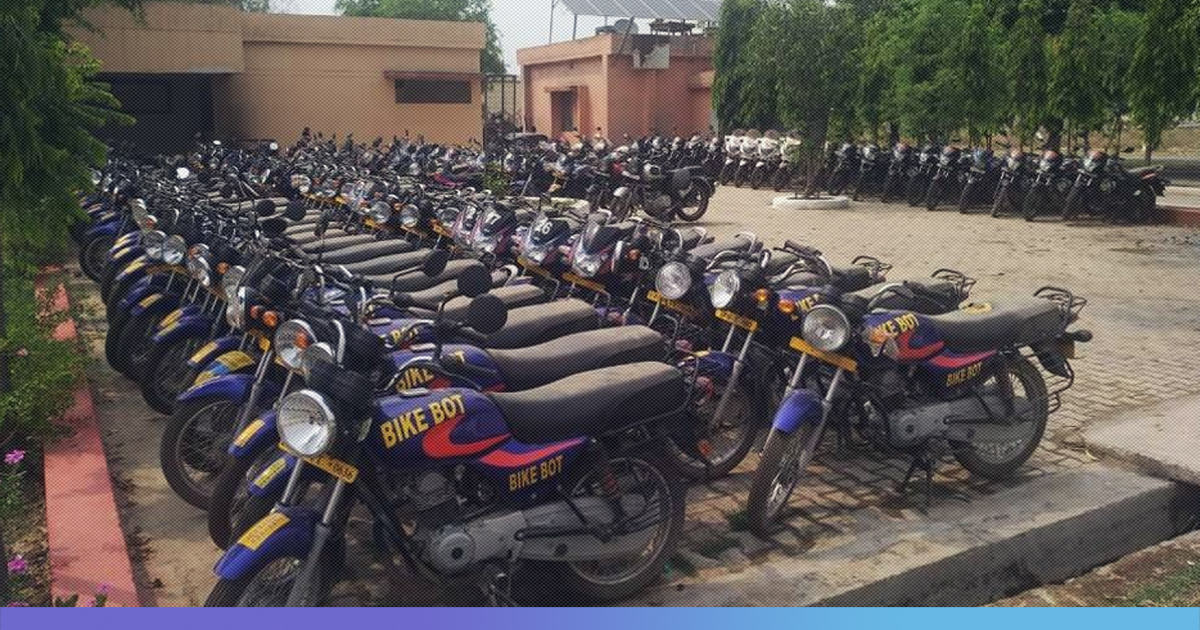 The UP Police has arrested the kingpins of Bike Bot scheme, Sanjay Bhati (42), who allegedly duped 2.25 lakh investors of around ₹1,500 crore, by running a bogus Bike Bot scheme, reported Hindustan Times.

The accused bought several luxury cars, including Range Rover, Audi, and Jaguar from the money and diverted 650 Crore to different bank accounts. Directors of the company are still on the run.

The conman Bhati, owned a company named, Garvit Innovative Promoters Ltd, and the Company had a very lucrative scheme to dupe people. The company sought an initial investment of ₹62,000 per bike from investors, and the investors were promised a sum of ₹9,765 monthly return, which included ₹4,590 towards bike rent and ₹5,175 per month as profit share.

As per the scheme, a person could accumulate a sum of ₹1.17 lakh per annum income, on his investment of ₹62,000, a whopping profit of 190% per annum, the offer was so lucrative that soon a number of people made payments for multiple bikes. The company had its head office at Bhati’s native village — Chiti in Dankaur. Later many regional offices were opened in Noida, Greater Noida, Aligarh, Ghaziabad, Saharanpur, Muzaffarpur, Delhi, Jaipur, Haryana, among others.

The Company had bought around 10,000 petrol bikes and also procured a few e-bikes, for making investors confident about their investment, and also paid some investors, promised sum for a few months.

The scam came to light when an investor Sunil Kumar Meena, from Jaipur, filed an FIR against the company and its promoters at Dadri police station on February 14 this year, the FIR included the names of Sanjay Bhati and five directors of the company – Rajesh Bharadwaj, Sunil Kumar Prajapati, Dipti Behl, Sachin Bhati, and Karan Pal Singh.

As per the complaint filed by Meena, he paid ₹34 Lakh to Garvit Innovative Promoters Pvt Ltd, for getting a franchise of bike taxi in Jaipur in October 2018. The company had promised him Jaipur franchise with 51 bikes.

“The scheme was like any other bike aggregator companies operating in the NCR. But the company promised high returns, salary to the drivers from its own coffers and also to pay the credit returns to the owners,” Meena said in his complaint. He had received information about this scheme from a bank manager in Jaipur. Meena made the investment and was promised ₹6.45 lakh monthly returns. However, he received only ₹66,000 for a month. When he did not receive any returns for the next few months, he got suspicious, police said.

After that Meena met company higher official for a speedy recovery of his money, the company officials informed him that these bikes are only showpieces. “We earn money after adding more investors in the network, If you want to earn money, you should add more people,” Meena said in the FIR.

Although the company sent him 26 bikes, his promised yearly ₹75 lakh returns on his investment of ₹34 lakh was never given.

A case has been registered at Dadri police station under Section 420 (cheating), Section 467, Section 471 and Section 408 of IPC.

The SP said that Noida police constituted a Special Investigation Team, (SIT), which found that, within two years, the accused duped ₹1,500 Crore, from investors. During interrogation, Bhati said that he had intentionally diverted ₹650 crore to the other company’s account, in order to astray government departments.

Notably, Bahujan Samaj Party, named Bhati, as their MP candidate for Gautam Budh Nagar Lok Sabha seat, but his candidature was cancelled following registration of cases against him.