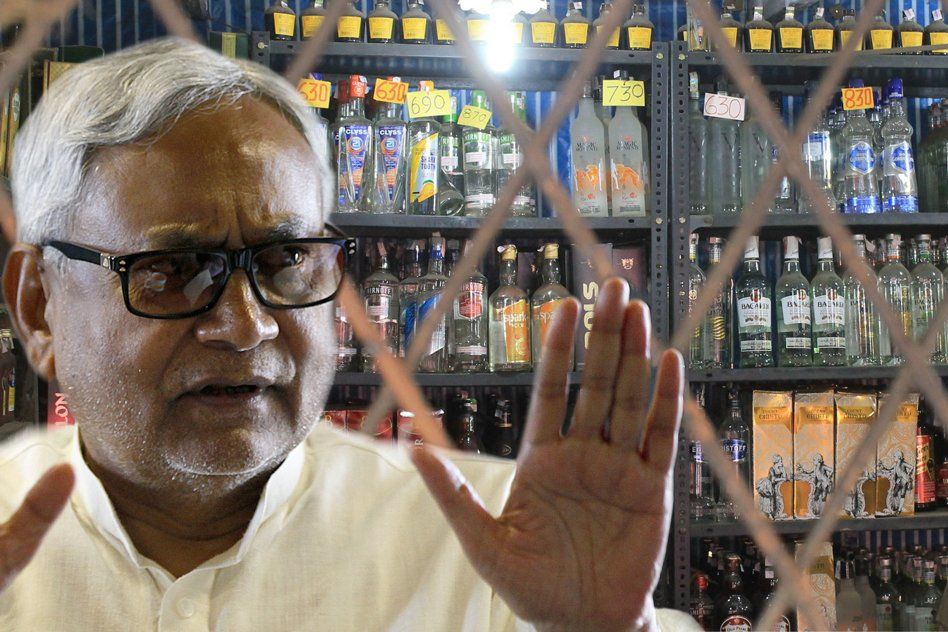 Bihar Set To Enter A New Phase: Complete Ban On Alcohol From Today

The state government of Bihar imposed a complete ban on selling of any type of alcohol, including Indian made Foreign Liquor (IMFL) and country liquor from April 5, 2016. This decision of banning all types of alcohol by the Bihar cabinet, four days after a ban began on the production and sale of country liquor.With this Bihar becomes the fourth state in India after Gujarat, Kerala and Nagaland to impose this ban.

Alcohol ruining families Though the state draws a revenue of around Rs. 6,000 crores from liquor sales, the decision is taken keeping in mind a greater social cause to save poor families from getting ruined due to the dependence of alcohol. Consumption of alcohol especially in the lower economic groups has posed serious health risks to the people in the state. Manufacture, sale, and intake of toxic homemade liquor brewed with dangerous ingredients take a number of lives each year. Besides, the poorest of the poor consuming liquor were leading to family problems, domestic violence and affecting their children’s education. Apart from the health concerns, chronic alcoholism is one of the greatest causes of poverty in the country. According to various studies, men – primary bread earners – are 10 times more likely to report alcohol abuse in the country. The regular consumption of alcohol is also inversely proportional to the family income. This means that consumption increases significantly with diminishing income.

Doctors will also provide free counselling to families, particularly the women, of alcoholics to deal with the stress at home.

Speculations of the black market However, this ban on liquor is expected to give rise of black markets for liquor in the state. The government has to make sure that they should check on the growth of these black markets to abolish alcohol completely from the state.

The Logical Indian community welcomes this decision of banning alcohol in the state. The effects of alcoholism on poor families have been well documented, it is highly appreciable that Bihar has moved ahead with total prohibition. Despite the good step, the Bihar government have to watchful and cautious on the challenges that arise along with the ban.