To Raise Funds For Prostate Cancer, UK Athlete Runs Marathon In All 196 Countries In World 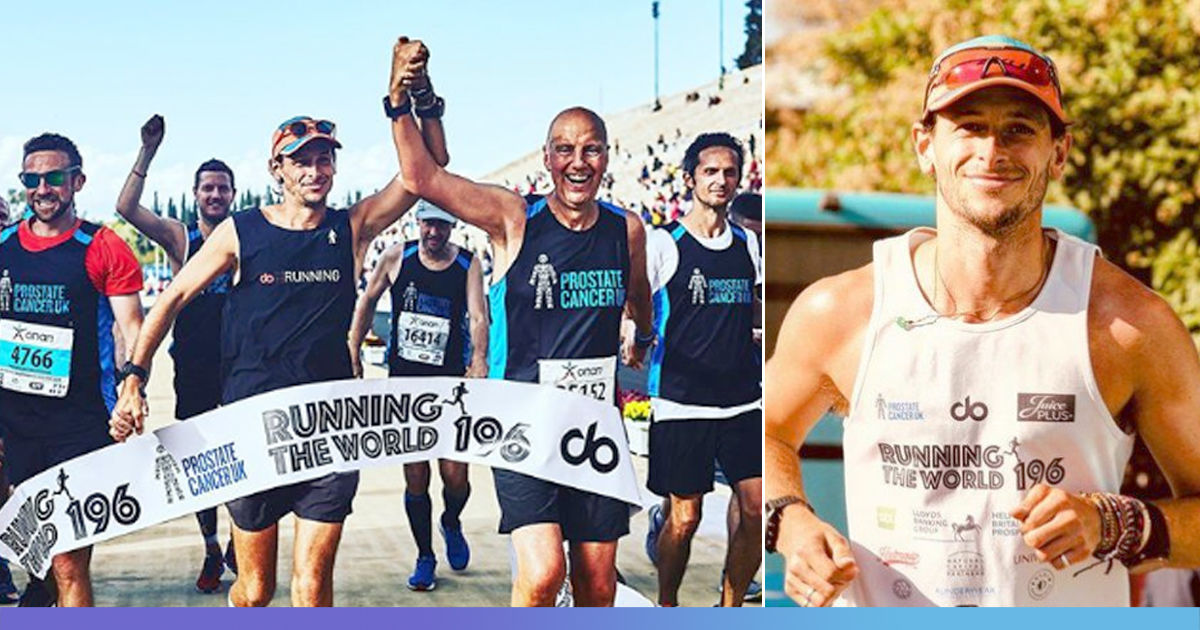 United Kingdom athlete, Nick Butter, has become the first person to run marathons in all 196 countries in the world to raise more than £72,000 for Prostate Cancer UK. The journey that started way back in January 2018 in Canada reached a fruitful finale in Greece on Sunday.

The 30-year-old former banker was inspired by his friend Kevin Webber, who was diagnosed with prostate cancer. The duo had met during the Marathon Des Sables in Morocco during which Webber had revealed about his condition and that he only had two years to live. Following this, Butter quit his job and took up the challenge to raise funds for Prostate Cancer UK.

“Kev said a particular set of words to me that stuck in my head, and I use it in all of the talks that I do: ‘Don’t wait for a diagnosis,” Butter was quoted as saying by The Sportsman. “While I completely understand that you can’t just live for today and you must think about the future, there should still be the realisation that tomorrow may not happen. What Kev said to me obviously really resonated and so I decided to grab life,” he added.

Webber was present in Greece to cross the line with Butter to help him complete his miraculous journey.

“I did it. I actually did it. Ha…Against all the odds. I ran a marathon in every country in the world. Ha, I can’t believe it. A new world first and a new world record and a big relief. Please donate if you can,” Butter shared on social media on November 11.

At present, he has raised over £72,000 out of a target of £250,000 for Prostate Cancer UK. The athlete also clarified that the number of countries was as per the 193 countries identified by the United Nations as sovereign states and three other counties that are not officially recognised.

“In one sense it was just another finishing line, but in a larger sense I’ve been visualising it, and finishing in that stadium in Athens was so special,” The media quoted Butter after completing his run.