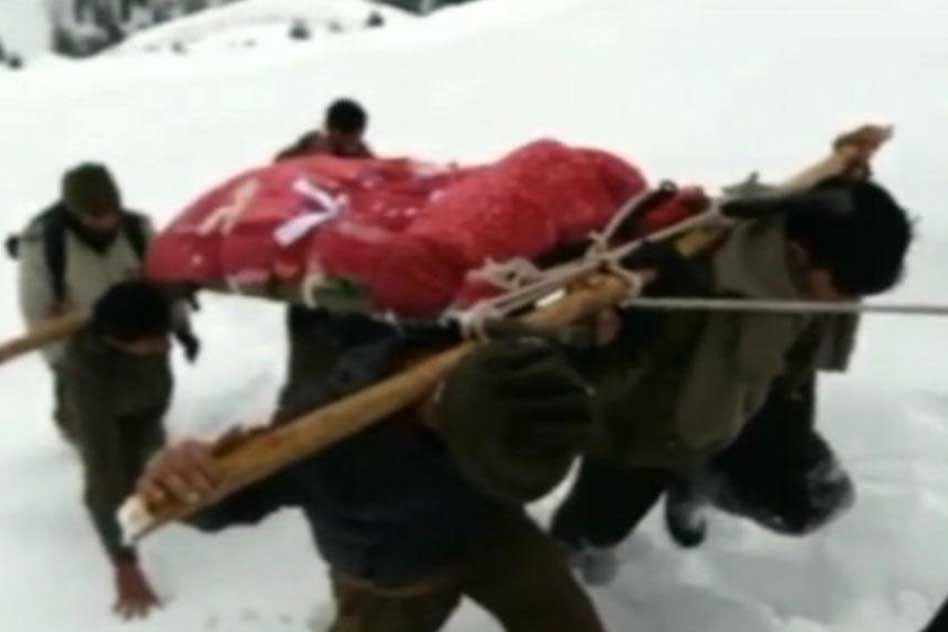 A soldier from Indian Army carried his mother’s dead body on his shoulders from Rangwar to his home in Kupwara district in Jammu and Kashmir. The daily life in Kupwara had been paralysed due to heavy snowfall. The soldier was forced to walk a distance of over 50 km through the five-to-six- inches of thick snow, as reported by Firstpost.

25-year-old Mohammad Abbas was stuck in Garrison Village, Rangwar with the lifeless body of his 60-year-old mother, Sakina Begum. She passed away on the night of 27 January in Pathankot. It was his wish to bury his mother in their village near LOC. Abbas travelled in a car to Jammu from Pathankot and then to Srinagar.

He requested the District Administration to arrange an airlift, but it was not cleared. He anticipated that the Army might provide a helicopter to transport them to Chitrakoot which is 52 kms from his home. He also urged the local government authorities, but nobody came forward to help him. Few of his relatives and labourers reached Kupwara where the local people had provided them with a roof to stay and some food during his journey.

He made repeated requests to the army but only received assurances. The group was stranded in Kupwara for four days. On February 2, Abbas and his relatives resumed their journey covering 30 km in ten hours.

In another report by IndiaTvNews, it was stated that the Indian Army denied the reports of Abbas carrying the dead body of his mother. The Kupwara administration had promised Abbas to arrange a helicopter but family refused to avail the facility.