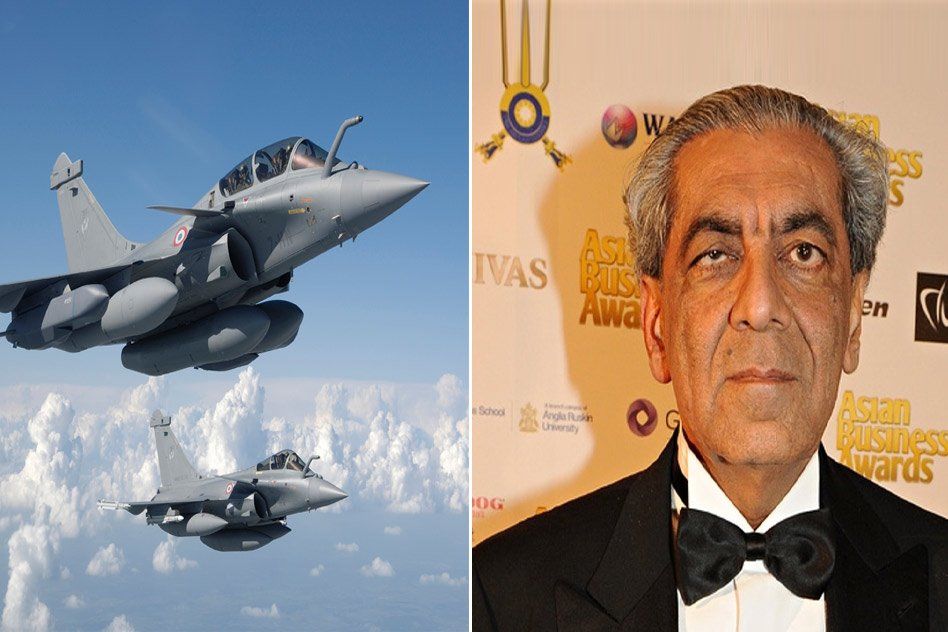 Companies linked to India’s notorious businessman and arms dealer Sudhir Choudhrie have been paid hundreds of millions of dollars by a number of foreign defence firms, including UK’s Rolls-Royce and Russia’s MiG. An investigation conducted by BBC and The Guardian have shared the secret documents to with The Hindu.

Choudhrie and his family set up their business empire in 2002 expanding it to fields of healthcare, aviation, etc. He has been investigated by the CBI and Enforcement Directorate in various arms deals and the Barak missile scandal of 2006. Since his name came up in the Tehelka tapes, Mr Choudhrie and his family have been living in London. His name is in the CBI’s confidential list of ‘Undesirable Contact Men’, who are suspected of manipulating government contracts.

The sources of the information gathered by BBC and The Guardian include people working within Rolls-Royce, a 2008 risk management report by a private banking division of Credit Suisse, which is a Swiss multinational financial services holding company and some documents discovered among the Panama Papers.

Although there has not been any official confirmation, but it is suspected that some of the money transfers have been done by specific defence companies to capture some important defence deals with India including the Rs 6,600 crore-purchase of 66 Hawk advanced jet trainers in 2006 from BAE Systems. Rolls-Royce engines are used to power these Hawk jets.

The BBC found out that Rolls-Royce made secret payments of around £10 million to companies linked to Sudhir Choudhrie. In 2014, Mr. Choudhrie and his son Bhanu Choudhrie were arrested as part of the U.K.’s Serious Fraud Investigation Office inquiry into Rolls-Royce. Both were released without charge.

Multiple sources within Rolls-Royce have told The Guardian and the BBC that the Choudhrie family and their companies had worked with Rolls Royce during the massive Hawk deal, which involved India buying engines from Rolls-Royce and BAE-produced planes.

The BBC highlights a trip that Bhanu Choudhrie took to Geneva, Switzerland, with BAE executive Peter Ginger in 2007. Mr Ginger had made payment amounting to hundreds of thousands of pounds into a secret bank account in cash. The account was opened in the name of “Portsmouth” and bank documents show a balance of more than a million Swiss francs, the report said.

The Choudhrie family has denied all allegations. In a statement, lawyers for the family have said that “our client has no knowledge of what bank accounts have been set up or operated by Ginger or what sums (if any) he has deposited in them cash. Mr. Choudhrie did not pay any bribe to Ginger.”

The three companies were involved in this deals were Cottage Consultants Ltd, Belina Services Ltd And Carter Consultants Inc. Either Bhanu Choudhrie or his cousin Aman Chopra were listed as directors or shareholders of these companies.

During that period, a Swiss bank, Clariden Leu, grew suspicious over the money transfers. Its compliance office in Singapore raised anti-money laundering alerts and the Choudhrie family accounts were reviewed by the bank’s risk management team.

However, the BBC report does not confirm what action were taken against the three companies.

Offsets, a term used to describe the percentage of a purchase/contract that is to be invested in India either directly or through the sourcing of parts, are major components of Indian defence deals.

Neither Mr Choudhrie nor any of his firms are approved arms agents or offsets agencies in India. Nor has there been any defence deal that India has signed in which offset payments were routed through tax havens.

Middlemen in defence deals of India

The involvement of middlemen in India’s defence deal have been a highly controversial subject, particularly after the 1980s Bofors scandal, after which they were banned from any sort of involvement.

It cannot be said whether Choudhrie and his family paid bribes to Indian officials. Since middlemen in defence deals were banned in 1980, if it gets proved that Russian defence firms or Rolls-Royce officially used Choudhrie as a defence agent, during UPA’s rule, then it would be called illegal. In 2004, the defence ministry introduced an “integrity clause” that states for any deal over Rs 100 crore the supplier needs to state that it has not engaged with any middle-man or agent to secure the contract.

Meanwhile, The Enforcement Directorate has again summoned Mr Choudhrie for questioning on November 9 to probe transactions related to at least 20 companies on to investigate the middleman’s role in various arms purchases made by India during the last decade.