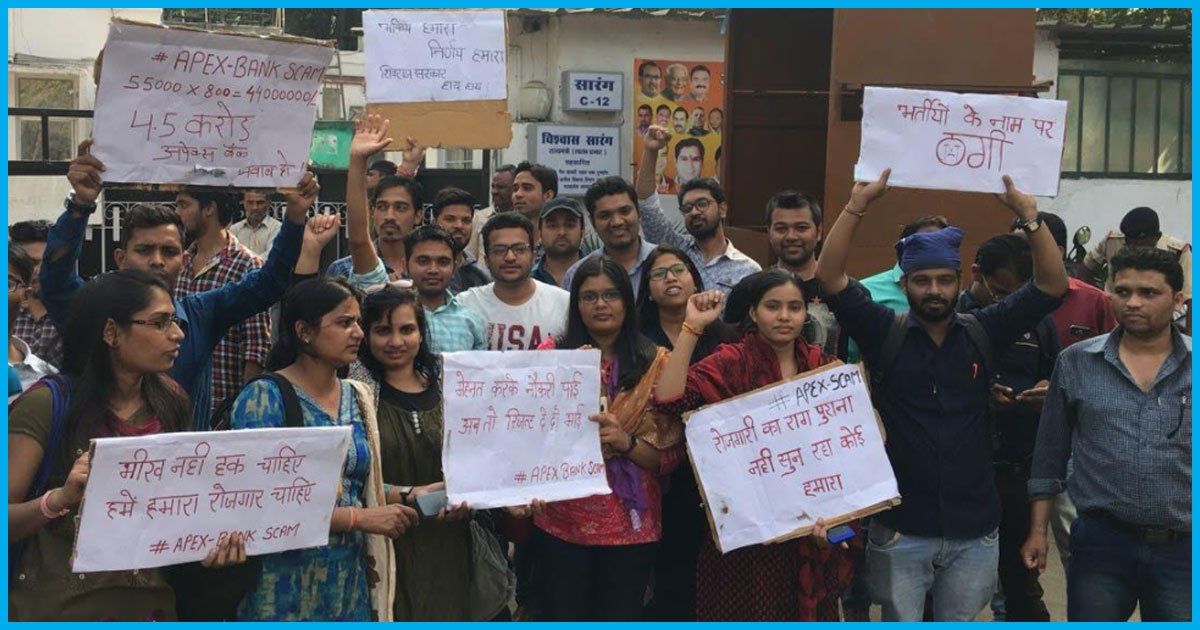 On March 1, 2017, the Madhya Pradesh State Cooperative Bank (Apex Bank) had released a notification for 1,634 vacancies in 37 cooperative banks across the state. The vacancies were for the post of clerk/computer operative.

Apex Bank exam is conducted by the Institute of Banking Personnel Selection (IBPS).

Through the 55,000 aspirants who had applied for the exam, Apex Bank approximately made Rs 3.5 crore by selling forms.

“Two months after sitting for the mains, we found that the exam was in a legal battle in the Jabalpur High Court,” said Mayur Mishra, an Apex Bank aspirant to The Logical Indian.

“One of the cases was on the reservations in the exam,” he added.

On February 23, 2018, the Jabalpur High Court gave the verdict that were no issues with the number of seats reserved, however, it declared the March 1 notification obsolete (and with it, the 1,634 vacancies). Jabalpur HC ordered Apex Bank to issue a fresh notification for recruitment in cooperative banks.

After nine months of taking the exam, results of 7,000 candidates remain undisclosed.

The youth who applied to Apex Bank in hopes of getting a job that pays monthly remuneration between Rs 5,000 to Rs 20,000 hail from small villages and towns of Madhya Pradesh. The aspirants have approached State MLA Vishwas Sarang and Apex Bank officials in Bhopal but in vain.

They have also tried to raise concerns with Chief Minister Shivraj Singh Chauhan but their faint voices remain unheard. Aspirants fear that cooperative banks in dire need of staff will either hire the temporary personnel working for them or new staff will be recruited via the fresh notification issued.

Earlier this month, a group of students staged a protest in Bhopal.

The aspirants demand that the qualified candidates be given a chance to sit for the final stage of recruitment. “We were not given any reason for the vacancies to be scrapped. Without any fault, our months of hard work is going in vain,” said Mishra.