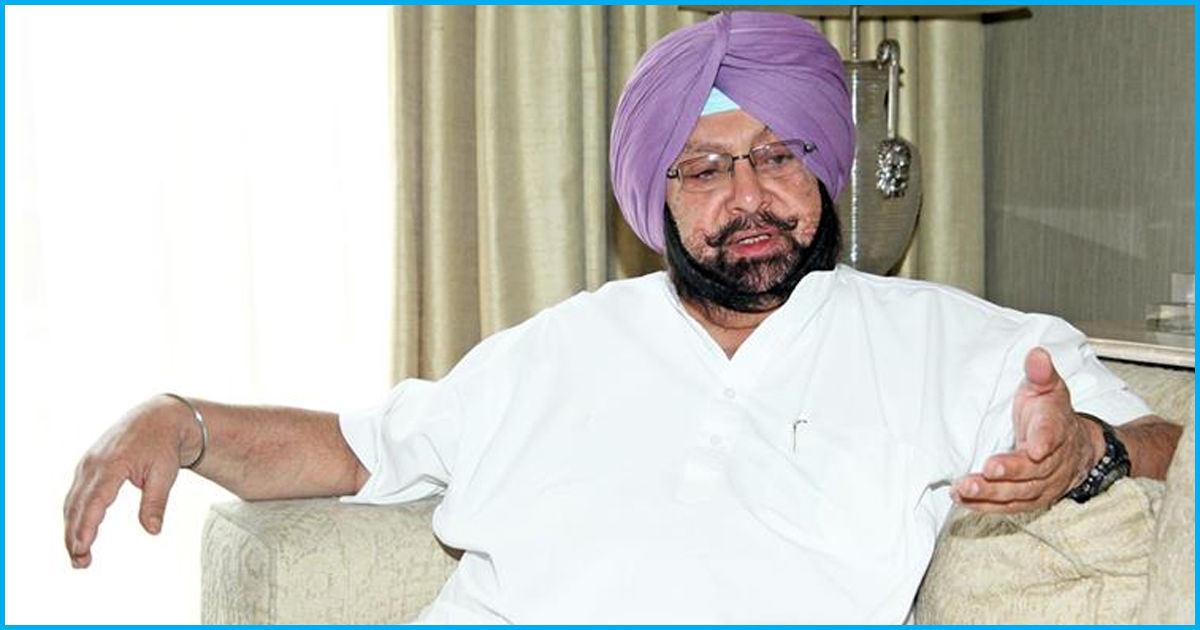 A group of retired civil servants have written an open letter to Punjab Chief Minister Amarinder Singh expressing their dissatisfaction over Punjab government’s plans to amend existing laws and insert Article 295 AA, which aims to make sacrilege against religious books a major offence or ‘Blasphemy’. As per the new proposed amendment bill, life imprisonment will be awarded to whoever causes injury, damage or sacrilege to the Guru Granth Sahib, the Bhagwad Gita, the Quran and the Bible.

According to the Wire, on August 21, Amarinder Singh government led by Indian National Congress approved the insertion of Section 295 AA, broadening the scope of Blasphemy Laws in Punjab and making it applicable to the state on August 28. In 2016, a similar legislation was introduced by the Akali Dal-BJP government. However, the bill was rejected by the Centre stating “all religions must be treated equally”.

If this amended bill gets approved by the Centre, then this will give additional power to the state police as they will be able to arrest and prosecute any offender ‘who causes injury, damage or sacrilege to Sri Guru Granth Sahib, Srimad Bhagwad Geeta, Holy Quran and Holy Bible,’ reports India Today.

The controversial amendment, that has been criticised by many, was introduced in the assembly after many Sikh communities were angry over the nearly 200 incidents of ‘sacrilege’ involving the Guru Granth Sahib. In one of these incidents, several torn pages of Guru Granth Sahib were recovered from the Bist-Doab sub-canal in 2016. That incident gave birth to many silent protests which later turned violent.

“A direct threat to freedom of speech”

The group of retired civil servants claimed that instead of “reducing the role of religion from the matters of the state, this move will further consolidate the hold of sectarianism, and strengthen the hands of religious extremists on all sides.”

The open letter reads, “blasphemy laws are a direct threat to freedom of speech and expression, a fundamental right.” The letter also pointed out that such blasphemy laws time and again has been misused against the “minorities and weaker sections”, to assault them, exact revenge and also to settle personal and professional quarrels in many cases.

Stating many examples like Shah Bano case, the Taslima Nasreen case, the opening of the gates of Babri Masjid, the signatories pointed that in the past, India has already “paid a hefty price for our past sins of pandering to extremist sentiments of various religions for short-term political ends.”

The simmering anger was pushed over the edge when on October 2015, torn pages of the scripture were discovered from Bargari village in Faridkot district. Outraged, Sikhs who make up 60% of Punjab’s population, came out in the streets to protest against this act. What started as a peaceful protest initially, turned violent when on October 14, two protesters died due to police brutality. The then CM Parkash Singh Badal was forced to replace his DGP and he handed the investigation over to the CBI.

A year later in September 2016, once again torn pages of Bhagwad Gita and Guru Granth Sahib were found in Bist-Doab sub-canal. Angered with this, people gathered to protest against the act and demanded the arrest of those who insulted the religious texts.