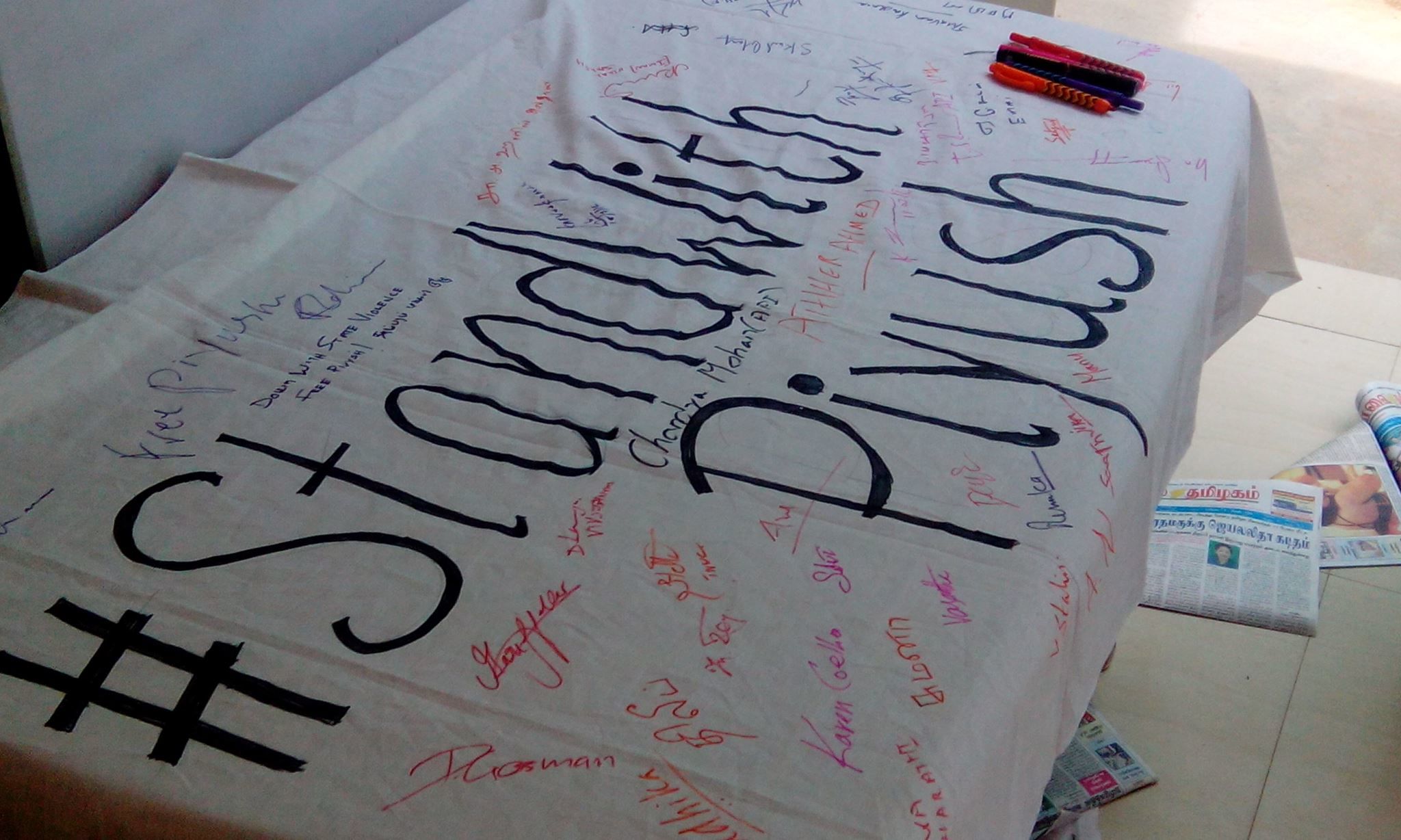 Activist Piyush Manush, along with two others, peacefully protested against the development of Mulvadi Bridge in Salem. As per The Hindu, they demanded that land acquisition for the bridge should be completed before starting the work and alternative road should be laid across the tracks near the Town Railway Station. When they staged an agitation, they were arrested. However, in the eyes of the law their bold advocacy is seen as a crime, and thus, the three men were jailed on 8th July. The activist is facing charges of criminal intimidation, under section 506 of IPC, it is a crime that does not permit bail. The magistrate court where we filed a bail petition has rejected bail for Piyush alone while two other activists were given bail,” says Vijayan, a member of the Salem Citizen’s Forum.

Piyush Manush, Salem’s Green Warrior
Piyush Manush is an environmental activist. He is someone who could translate his anger into action. As convener of Salem Citizen’s forum, Piyush won where successive governments failed. That should explain why the system wanted him behind the bars.

Dharmapuri district was perhaps the driest of districts in Tamil Nadu and that did not deter a warrior like Piyush. Along with his friends, he purchased about 150 acres of land, planted over one lakh trees and created about 20 water resources. He played a key role in restoring several lakes in the Salem district, that now serve as source of water to many villages.

It is to the credit of Piyush and Salem Citizens forum that Jindal dropped its ore mining plans in Salem. Attack inside the jail
After visiting him, Piyush wife says he has been beaten up by about twenty-five cops and is facing threats to his life. More than 300 activists from the Tamil Nadu state are running a campaign #StandWithPiyush to show their solidarity and to get him released.

The Logical Indian appeals the Salem Court to carefully review and take into consideration the motivation behind Piyush Manush’s actions, before making any decisions.