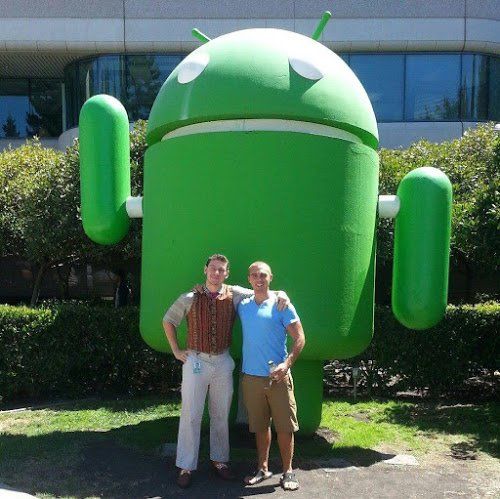 23 Year Old Software Developer At Google, Lives In A Truck And Saves 90% Of His Income A recent graduate from University of Massachusetts Amherst, and an employee at Google, He finished his internship period at Google in 2014, 23 year old Brandon decided to move to San Francisco to join the company as a software developer.

Living what he considered his dream life, he soon realised the economic unfeasibility of his rented apartment, given that he had 4 flat mates, and went back mostly just to sleep.

After some contemplation and calculation, Brandon decided to take things the unconventional way, and moved into a truck, which he parks in the Google premises. In his words, “After taxes, the truck cost me $10,000, plus about $750 a year for insurance. I’m saving about $33,000 over the course of four years. This living situation makes my future plans much more flexible.” He has furnished his truck with a bed, a dresser, a coat rack and some stuffed animals. He uses the showers and facilities at Google. “I have 24 hour key card access to any building on the campus that I work at, so I could use the facilities in there if I really needed to. I wash up and go to the bathroom right before I head out to the truck at night. When I wake up in the morning, I ride my bike to the gym and go to the bathroom there.” Another possible problem could be the lack of electricity.

But Brandon has devised a solution for that, too. The truck has a few overhead lights, in addition to which he has a motion-sensitive lamp. Also, he charges his battery pack at the office, which he then uses to charge his appliances. Aspiring to travel the world and lead a life satisfying his wanderlust, he feels living in the truck is serving as a preparatory exercise. “I’ve never truly stepped outside my comfort zone. I’m young, flexible, and I don’t have to worry about this decision affecting anyone else in my life.” The odd, but seemingly convenient system does have its drawbacks too. “People will eventually find out, and it will affect my social life. The whole process is supremely stressful.”