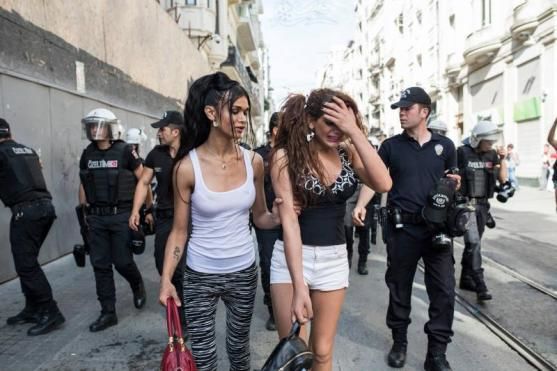 Brutality to the core
In a gruesome incident, transgender rights activist and sex worker, Hande Kader, was killed in Turkey last week. Her body was found raped and brutally burned on August 12 in Istanbul. While the LGBT community in Turkey is now mourning her loss, activists across the world are demanding justice for her death and the cruelty inflicted upon her. Rise in discrimination
According to reports, Kader’s friend saw her in a client’s car for the last time. Crime and discrimination against the LGBTQ community are on the rise in Turkey, though homosexuality is not illegal in the country. 22-year-old Kader always raised her voice in bringing awareness to the violence against the sex workers and the LGBTQ community in Turkey. She also appeared in the Gay Pride march in Istanbul in 2015, where police opened fire at protestors with rubber bullets and water cannons. According to a 2016 Transgender Europe report, Turkey has one of the highest rates of anti-trans killings. Since Kadar’s death, the hashtag #HandeKaderSesVer has been trending in protest against anti-trans violence. The Logical Indian is shocked and appalled at this gruesome incident. Back in India we indeed have made huge progress wrt progressive laws on LGBT community, but, we have a long way to go in ending the discrimination and stereotypes that they face. Let us together with the government change that for good.