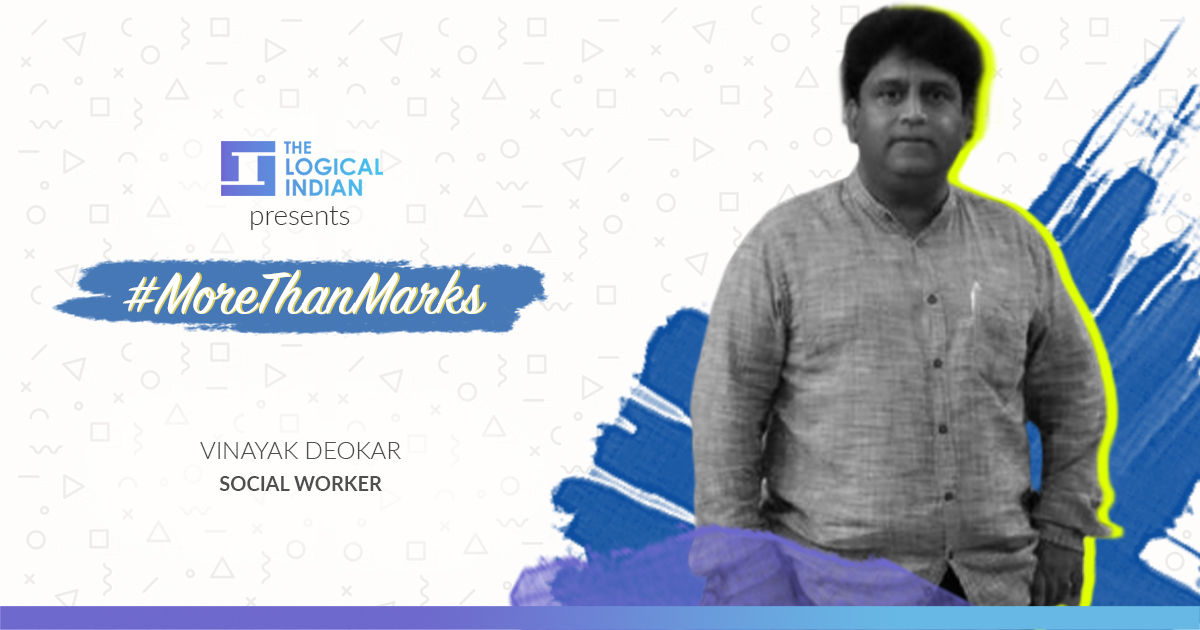 My Story: This Man Failed His Tenth Standard Exam; Now He Runs A Free School For Underprivileged Children

Life, very often, throws several curveballs in our way. We set out to do some things, however, circumstances and challenges make it extremely difficult for us to achieve that particular goal. But does that mean we stop trying? Or, can a setback or two define our life? The answer is, no! History is full of men and women who, despite facing multiple, often heart-wrenching failures have gone on to achieve things which a lot of us can only dream of.

Vinayak Deokar from Pune, who, due to circumstances out of his control failed his 10th standard exams, is now running a school. And it is just not any other school. The Mahatma Gandhi School has about 245 students. These children are kids of widows, divorced women, and ailing parents, who are now receiving free education, courtesy Deokar.

This is his story:

“I was abandoned by my birth parents soon after I was born. When I was three months old, a kind-hearted, aged couple adopted me. They were involved in stone quarrying for earning a living. I grew up in the slums of Vishrantwadi, Pune. I went to a local school. I remember I was in 10th standard when my octogenarian father passed away. This, including various other hardships came my way and unfortunately, I failed my tenth exams. Soon after my tenth standard exams, even before the results were announced, I was married off.

Having a family to sustain now, I took to odd jobs. Unable to secure a steady job, I started selling lottery tickets and waiting tables at restaurants. One of the biggest tragedies which completely jolted me was my mother’s death. Soon after, I was also diagnosed with serious cardiac disease. So multiple happenings in such a quick succession pushed me into depression.

My thinking and life path completely changed after I met a 4-year-old boy who was battling a heart condition. His mother, a poor woman, was forced to beg to finance his treatment. His ordeal touched me greatly. I started going door-to-door to collect donations and quite astonishingly collected Rs 1.2 lakh. This incident pushed me to start NGO Jeevan Mitra Pratisthan which helps raise the medical expenses for financially weak patients suffering from heart, liver or kidney ailments, cancer, and other fatal diseases.

I was not able to complete my education owing to various reasons, poverty being the primary reason. I did not want this to become a reason for any other child to discontinue his/her studies. In 2014, I started a school for children of the destitute, in order to give them free education.

Mahatma Gandhi and his book, ‘My Experiments With Truth’ had a major influence on me. I have never completed formal education and whatever I know today is completely self-taught. While reading Mahatma Gandhi’s ‘My Experiments With Truth’, I would refer to a dictionary to understand the meaning of a few words. It took me some time, but I could complete it. I just want to convey to people that few bad incidents cannot decide who you are.”