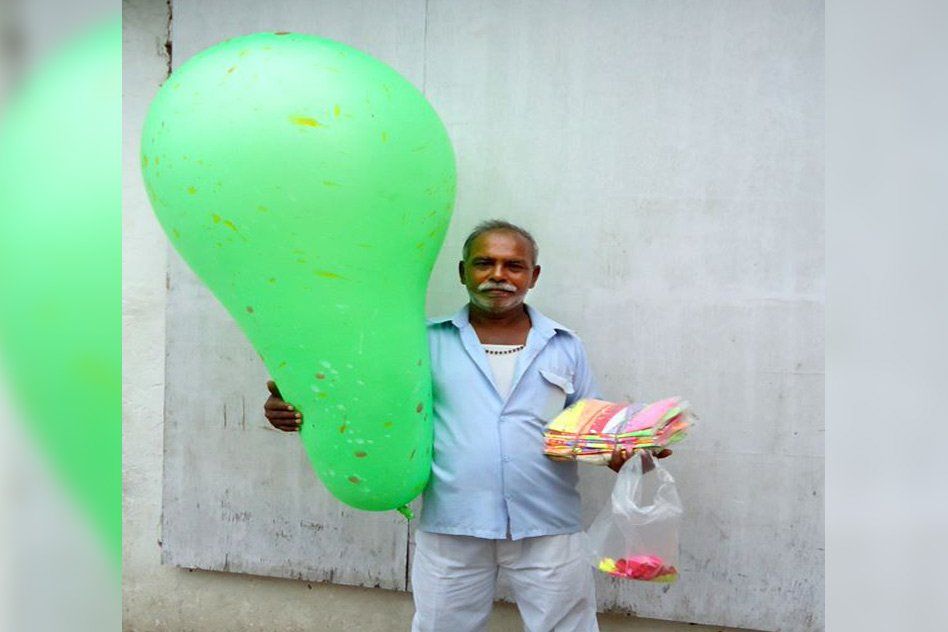 The Story Of A Balloon Man, Unbelievable But True

I was waiting for a friend when I saw this balloon seller. I had time and couldn’t resist but talk to him. The climate (of heart) was extremely beautiful and took me crazy towards him.

He thought that I was a buyer of his balloons but he wouldn’t have guessed that I was coming to eat his brain. I explained my reason to communicate with him. He was, suddenly, very happy.

…and I started. His name was Mr. RAMVILAS GUPTA . He was from Gorakhpur city in the north Indian sate of U.P. (Uttar Pradesh). I asked him if he earned enough by selling balloons and to my surprise; he told me that he earned Rupees 200-300 everyday in just half a day. Unbelievable but true!

He was quite satisfied in all the professions and earned good amounts.

Somehow, it never worked out being in the same profession. Hence, he shifted now and then but he had no regrets because in all the professions he had worked hard and earned well. His determination at this age and his conviction won my heart. This man and his style of being a master in whatever he did will always inspire me.

..and who knows what’s next?