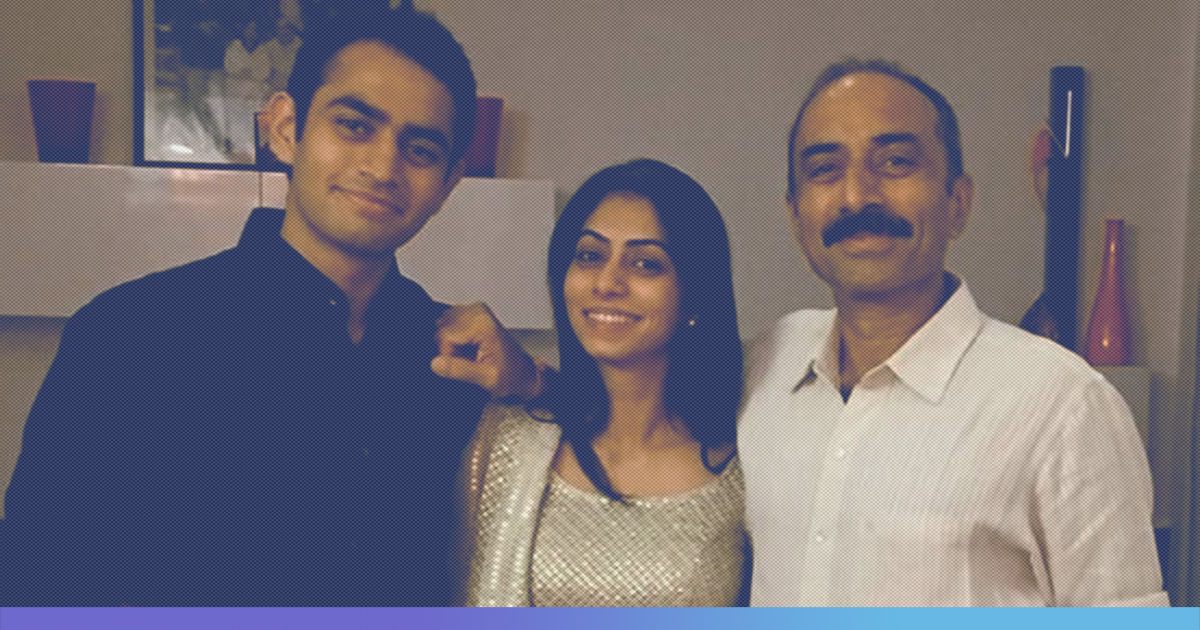 Our Father Is Being Persecuted For Standing By The Truth: Sanjiv Bhatt's Children Write

See article by Aakashi Sanjiv Bhatt and Shantanu Sanjiv Bhatt
Disclaimer: The views expressed in the article are those of the author. They do not reflect the views or opinion of The Logical Indian.

On 20th June 2019, the sessions court in a blatant miscarriage of justice prosecuted an innocent man to life imprisonment in a fictionized and fabricated case. His crime? that he chose to courageously take on the perpetrators of hate and violence while others cowered in silence, that he never backed down even in the face of incessant political victimisation.

That man is Sanjiv Bhatt, that man is our father. I still remember the day dad started deposing before the Commission investigating the 2002 Gujarat Pogrom, we knew very well then, that life as we know it would change, that battle lines will be drawn against a man who’s evil and vindictiveness were unparalleled. We weren’t scared then, and we aren’t scared now. They may have power at their disposal, but we have our principles and truth. Their strength comes from fear and oppression, ours comes from respect and righteousness. People keep asking us how we are holding up, to all of them I have only one thing to say: we are a strong family of an exceptionally strong man. Tyrants will come and go, history will wipe them off like an unwanted smudge of dirt, but the heroes continue to live on.

Sanjiv Bhatt, who the world hails as an upright officer is not just a whistle-blower cop, but also a father par excellence. Over the years I have seen dad don numerous roles effortlessly. He isn’t just our father, he is our mentor, teacher, friend, confidant, harshest critic, strongest supporter … our amour, our source of strength, our north star. People often indulge in the world of fantasy to seek for a superhero; we never had to look beyond the four walls of our house, for we had a hero in flesh and blood, who we have the immense honour and privilege of calling our father.

Dad taught us to be fearlessness, to take risks, to never stop learning and most importantly he taught us to have our own voice, a voice which is not loud for the sake of being loud but is educated and backed with reason. He taught us to question, to never be silent spectators in the light of injustice and to always selflessly put the needs of others before our own. He instilled in us, in very many ways the integrity and honesty he has and continues to live by.

While growing up, dad would always say that in life there will come a time when we will be stranded at the crossroads of what is wrong and easy and what is right but difficult, the decision we make in that moment will define the rest of our lives. It may be the most natural instinct in the world to turn around and walk away in the face of adversity, but instead, we should persevere and push ourselves beyond our own limitations and fears and always choose the path of truth, dignity and grace… no matter the consequence. For 27 years he did his duty honourably and diligently, not ever buckling under any political pressure or power; always following this single absolute, and in return, his dedicated and diligent service was rewarded by endless vindictive persecution and political victimisation; all of this, because he dared to speak up against this fascist regime.

It breaks my heart and boils my blood to see that this is what the value of honesty and integrity is now in our “New” India. That rapists, terrorists and murderers run our country; while an officer who spent his entire life fighting against violence, hate and terror is being falsely framed and incarcerated for doing his duty with utmost rectitude and diligence.

I miss my father every second of every day. Everything we are today is because of him. Be it the endless hours of discussions on history and politics or teaching us different sports, Dad taught us all. He is an integral part of our very being, our very soul, a part that was torn away from us because a bunch of greedy uneducated violent men thought it was okay to convict an innocent man for their personal gains and political vendetta.

10 months ago, on the 5th of September 2018, they did not just take dad away, they took away with them our spirit of life, our driving force. For years, be it rain or storm, every evening, Shantanu and dad would go to our alma mater to play volleyball. It has now been 10 months since Shantanu touched a volleyball or stepped foot in the school.

Ever since I can remember, my mornings started with dad, we would have breakfast together, compete with each other to solve the word jumble and crossword, even when I left home to pursue further studies, no matter in which corner of the world I would be in, no matter the time difference, dad’s would be the first call I would wake up to in the morning, and the last call before I went to bed. I haven’t heard his voice in months, I haven’t slept in months. While growing up, he filled our lives with art, music and books, unwavering in his effort to provide us with role models. As he guided and continues to guide us through our lives, I think he never realised that the one person Shan and I wanted to be the most was him. He is our inspiration, our pride.

Today, our father is being persecuted for doing something that the others could not muster up the courage to do – stand by the truth. He is being vindictively victimised for having the courage to unmask the perpetrators of hate and violence. There has been an egregious violation of law; a brave and honest voice is being muzzled, and yet, the very people for whom our father fought relentlessly, remain silent. You watch silently, while the man who never gave up fighting for you is persecuted for life, you couldn’t muster up the courage to defend the man who lost everything defending you. Your cowardly silence is deafening, your inaction disappointing.

Everything our father taught us, every hurdle he encouraged us to cross, helped us build our character, helped us be the person we are today. He has always shielded us like an indestructible armour, it is now our turn to be his shield, his armour, his strength.

Our father, Sanjiv Bhatt is the bravest and strongest man we have ever known, his fight to bring these perpetrators of hate and violence to justice continues, and we as his family stand resolute alongside him

We will challenge this gross miscarriage of justice in the High Court of Gujarat. Our father dedicated his entire life relentlessly fighting for the victims of the Gujarat Pogrom, it is now our turn to fight for him. We shall not rest till justice is served to our father and he is back home with his family, his honour and integrity intact; this we promise to all of you.

We may be bloodied and battered …. But we remain unbroken and unbent.

Also Read: Sanjiv Bhatt- Former IPS Officer Who Was At The Center OF Several Controversies Sentenced To Life