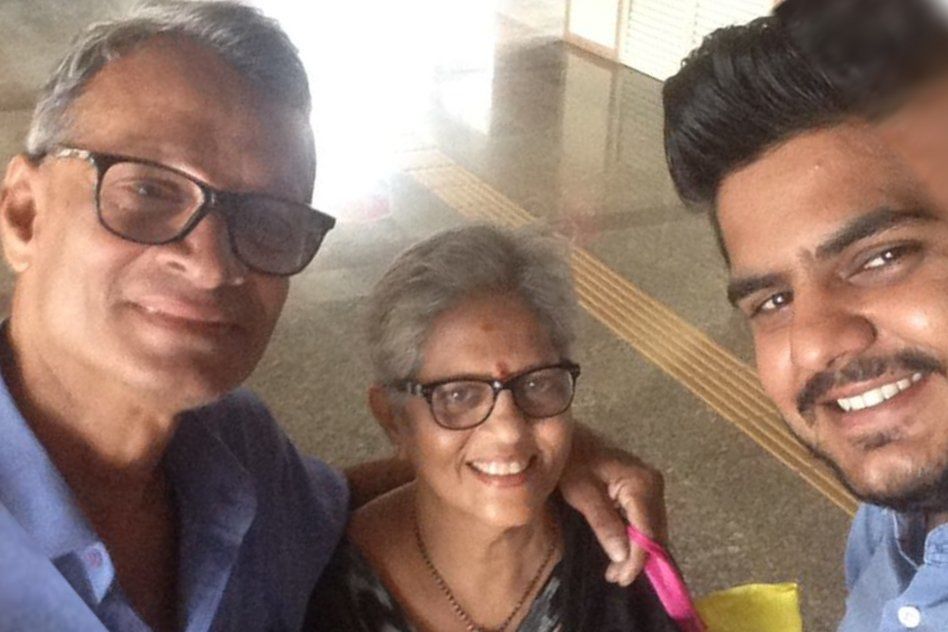 My Story: I Was Totally Awestruck By Their Chemistry, Love & Care For Each Other

“It was just another day and I was coming back from office & boarding the metro from Chakala Metro station. As usual during the peak hours, you struggle to get inside the train & find a suitable place to at least stand peacefully without any hustle. So, I went inside & was standing there, checking my mobile and reading random articles. Just then, I noticed a couple in mid – 60s. They were standing right next to me, holding hands & comforting each other. The moment I saw them, I was totally awestruck by their chemistry, love & care for each other.

After sometime, Andheri station came & fortunately most of the people got down & the couple comfortably sat on the seat. I noticed something very odd & peculiar about them. They were not speaking to each other, they were explaining each other in gestures & signs. Then I realized they were differently abled. I was feeling sad & bad for them but then I realised they were a happy – very much in love couple; expressing their love for each other. They were not sad or miserable. They were much happier, jovial and a spontaneous couple.

Uncle was holding Aunty’s hand, comforting her, caressing her hair, explaining her about the metro & she was equally responding and telling him that how comfortable the metro is and suddenly, aunty took out her iPhone & started clicking selfies. Both of them were giving pose & clicking selfies in different angles. I was so touched and got emotional after witnessing the love & care between them.

I was supposed to get down at Azad Nagar station and they also got down at the same station as well. I accompanied them to the lift and showed them the way out. While going out, I asked them if I can take a photograph with them. They happily agreed to pose with me. I asked Aunty since how many years you guys are together and she said, we are together since 40 years, I was surprised & confused at the same time, to see them happy & very much in love even after 40 years of marriage. There was something about the way they fitted together. Generally, people say as you grow older, love changes. It changes because we change, but with this wonderful couple, I didn’t feel that, both of them were still madly in love with each other & were caring & expressing their love for each other like any young love birds.

After meeting them, I realized that someone can actually love you forever!”