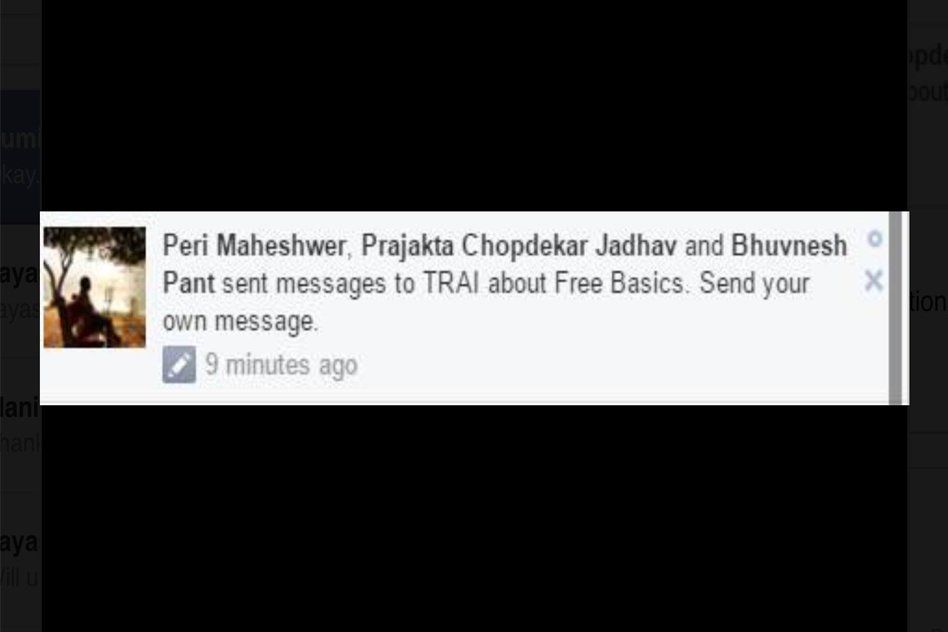 My Story: Facebook Made Me Look An Idiot By Making Me Sign Up For Free Basics, You Don't Become One

Till now you must have got the notification from Facebook showing your friends’ support for Free Basics and asking you to to do the same. There are many who are falling into trap of Facebook and regretting it later. There is no way to undo it. Facebook will be using your support to show TRAI that many in India want Free Basics. Free Basics violates Net Neutrality and undermines the Freedom of Internet within India.

Peri Maheshwer, founder of Career360, too fell for it when he saw one of his friends endorsing it.

“I am an Idiot. I fell for it. Please don’t act like me and become one. Don’t sign any Facebook petition because I, your Facebook friend signed one. I acted like an idiot. Use your head, don’t depend on mine. At least, not on this one.

I should have known better. But seeing some of my friends endorse it, I fell for it. The strategy by Mark the Zuckerberg exploited me being an idiot to the hilt, getting me sign on a petition that I am virulently against. In fact, in the comments, I said ‘I am all for net neutrality and Internet is better off being left on its own’. I now realise that my comment doesn’t mean anything and I am a signatory demanding ‘Free Basics’. It is abhorring.

What Facebook is doing is sinister and below the belt. It also shows the designs of Mark the Zuckerberg. I had ardently defended him when the controversy about his charitable intentions were being debated. But with this action, Facebook lost my trust as an enterprise with ethics. And surely, the top man is responsible for the DNA of an enterprise. Very soon, they will declare millions who signed it. But remember, it includes millions like me, who who were cheated, misled and misrepresented into signing their petition.

So, here is my warning. Don’t sign anything just because your friends signed it. We have been cheated. We were idiots. You don’t become one.”
– Peri Maheshwer

We have only five days left to act. Please make an informed decision as soon as possible and spread the information.

If you are still unaware about Free Basics or have some doubts, please read:

TRAI Asked Reliance To Put Facebook’s Free Basics On Hold, Know The Untold Facts You Must Be Aware Of