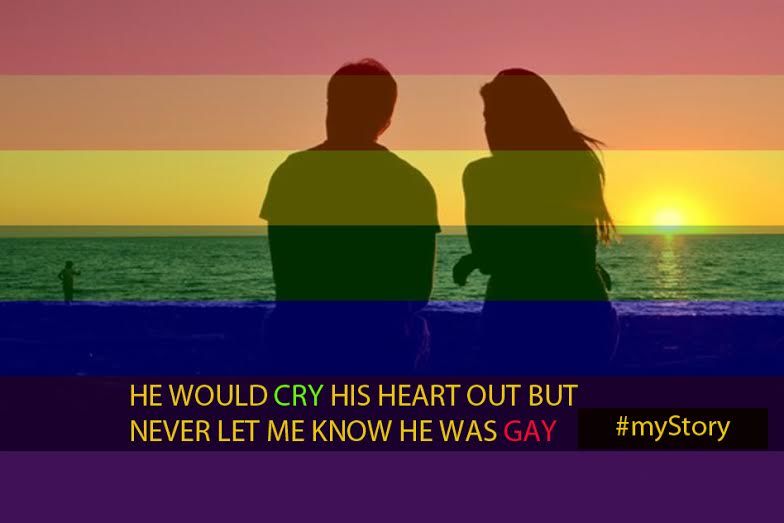 My Story: "He Would Cry His Heart Out But Never Let Me Know He Was Gay"

Out of the few friends I have — all of them are very close to my heart — this man holds a special place because I call him my sexy girl. He was struggling through a broken marriage which was forced onto him due to the astro god-man predictions of fortune. When I met him, he was a married man with loads of miserable episodes, with an incompatible partner and most importantly, the identity conflict of him being trapped in a man’s body.

Me, being a qualified mental health professional, turned out to be his 3 am buddy. He would cry his heart out but never let me know he was gay. One day, during our usual stroll, he told me on his wedding day he saw a broken window in the green room and he had half a mind to jump out of it and save his life.

To worsen his life, he was cheated into marrying a schizophrenic woman. I would give him tips and guidance as an ideal friend and one day he said you are the only girl who knows me so well. My heart was in my mouth and my mind yelling please don’t tell me it’s yet another proposal and I would lose a good friend as it’s just a superlative to nightmare to me. But then he said I would want to confess I am a girl like you. I feel comfortable with you for the glance you would pass on attractive men, including me into your team like I am a female. The way you asked me to pick up the best attire for the party last week. Even your confused mode with the nail paint. Shockingly, for me, I was not shocked. I was happy, rather elated for him because he would be happy from the time he accepts what he is. From then on, he is my sexy girl .

We have come a long way — he is out of his messed up marriage and I am happily married to the man of my dreams. We talk for hours together about his recent crush and I would complain about my hubby and his crazy ideas. He has started to live his life on a happier note mainly because I envy the sexy curves and the slender fingers. But sometimes he is scared because his family would pressurise him to marry again and this world is not ready to accept people like him, especially my family, society may be some of his other friends too. Though the number of calls has reduced drastically as he has found his “Mate” somewhere he calls me occasionally at 3am just to say, “ I still see the broken window which beckons me to save my life.” Hoping for a revolution for good. The world would be a lot happier with people being happy.