My Story: "While Fight For LGBT Marriage Is On, No Law Can Stop Me From Calling Her My Wife" 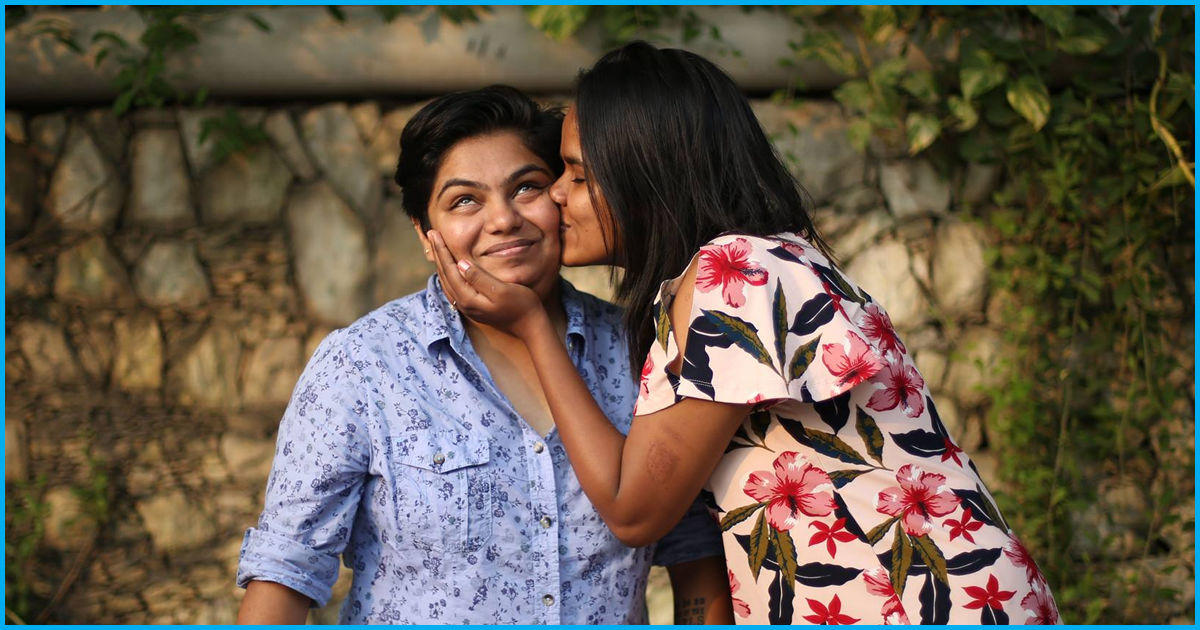 “5 years ago, a friend of mine came out on a confession page, and was talking about her challenges. I replied saying, ‘You’re not alone…’
What happened next changed my life – Shub saw my comment, found me on Facebook and poked me!

Slowly, we began chatting. She’d come online for 10 minutes every night, but even those few minutes made me happy. Neither of us had been in a relationship with a woman before, but we decided to meet, and give ‘us’ a chance.
We went to a lake near Shub’s college. There we spoke for almost 2 hours! It went better than either of us expected. Later, she told me that she was attracted to me–I mean, who can blame her?

That was the first of many dates – we were officially in a relationship. I fell in love with her real self….the one only I got to see. And within a span of 6 months, we confessed our love to each other. In the middle of all the chaos of our lives, we had something real… someone that felt right. I was on cloud 9!

But it hasn’t been easy – whenever we hold hands, people stare at us awkwardly and with disgust. We feel so judged. Even our friends warned us and asked us to have a ‘back up plan’. We’ve lost quite a few friendships that way. Once we were standing together when a few guys harassed us and said, ‘If I put ‘it’ in her, she’ll become straight!’ We’ve heard a few aunties in Shubs building say, ‘These girls have no shame. Why can’t they find men?’ We can’t apply for a joint loan to buy a house because we’re not married, and there’s no way to prove that our relationship is legitimate. I don’t get it – how’s our love any different? Why should it have to be?

But we’ve stayed strong as a unit. When we told our families about each other, they were uncomfortable, but thankfully not to a point where it was a problem. In fact, I’m best friends with Shub’s mom. She’s shoved all her mommy duties on me! But while she accepted us, my mom’s still trying to deal with her daughter being lesbian. But we’re taking it one step at a time and feeling less ‘criminal’ ever since Section 377 passed, especially.

I was at work when it happened! Someone sent me the news while I was in a meeting and I shouted, ‘Hell yes!’ We were free to be who we are. We celebrated with a quiet party at home. This year, I gave her an engagement ring. It’s a promise that while the struggle for LGBT marriage is still on, there’s hope that that day will come too. But no law can stop me from calling her my wife; my family and that our love has already won.”

“5 years ago, a friend of mine came out on a confession page, and was talking about her challenges. I replied saying,…