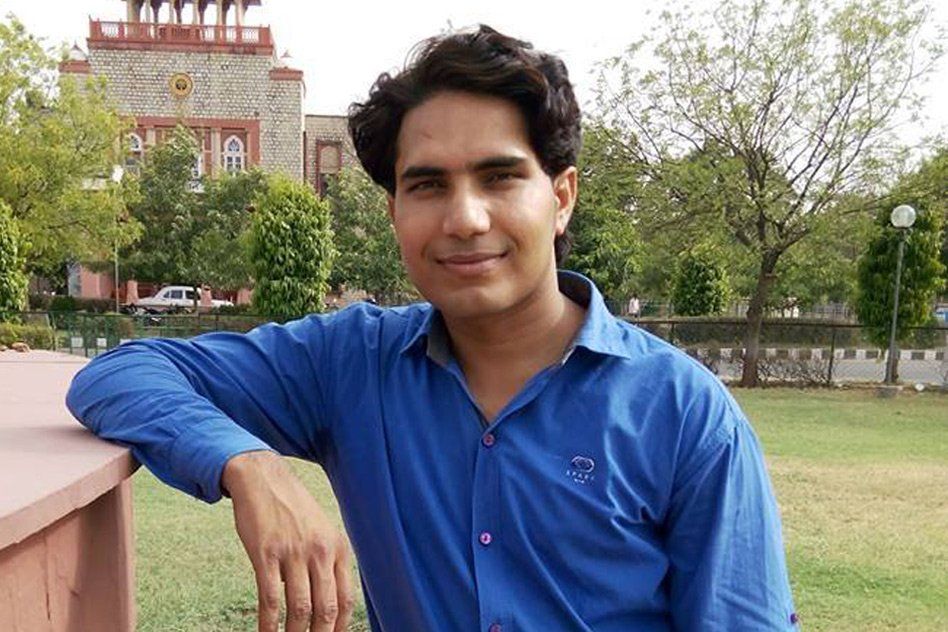 Someone said very true, “Always remember that your present situation is not your final destination. The best is yet to come.” If your present situation is worst, not as per your expectation and even after that you are satisfied with it and don’t make any effort to change it, then it cannot be changed. But if you have enough dedication, spirit, zeal, enthusiasm, and most important strong willpower, then there is the whole world to win. You can do whatever with your life, either you can ruin it or make the best of it. It depends only on you. You are the only creator of your own destiny, God is only to write in your destiny what you deserve depends on your efforts.

The story of Jagdish Meena, who overcame adversities and realized his dreams. In this story, we shared an account of the struggle of a man who finally scripted his success story by sheer dint of hard work, weathering the difficulties resulting from poverty and paucity that the life unfolded for him.

This real life story is that of Jagdish Meena who went on to become an assistant professor in Rajasthan University, Jaipur overcoming all the obstacles that crossed his ways.

He did everything from pulling rickshaw to working as a waiter in marriages in order to make his dream fulfilled and meeting the expenses of his education. He never gave up in his life full of struggle. All the efforts and hard work that he put in like this one day paid off. He pulled himself a job of assistant professor in Rajasthan University.

According to professor Meena, his parents were farmers, but due to water scarcity in his village, no farming could take place. So his father did masonry work to feed the family of eight. But his earning was not sufficient for brought up of six brothers and sisters. He says that due to financial constraints, his father could not afford his school expenses. His Eyes were full of Tears while Pulling the Rickshaw

Professor Jagdish says, “I was 14 years old in class 10th. I lived in Karnawar village of Baswa Tehsil. Some people used to come to Jaipur for pulling rickshaw from my village. I also came to Jaipur with them. My heart became full of sufferings and eyes were full of tears when I pulled rickshaw with two or three passengers. I used to sleep and eat in a rickshaw on the pavement. I pulled rickshaw only seven days in a month so that studies couldn’t be affected. I also came to Rajasthan University to leave passengers but never dared to enter the university. I set up rickshaw on the left side of the gate and thought while seeing the students that if today I compromised with my life, then I will have to pull rickshaw lifetime. It was not the life that I always wanted. Then I decided to become a professor in Rajasthan University. To fulfill this dream, I pulled rickshaw till class 12th.”

Job of a Waiter to pay Bill of Mess

“After passing 12th class exams, he took admission in Rajasthan University’s Fine Arts programme. I started to live in Meena Hostel. Bill of hostel’s mess was of Rs. 1000- 2000, that was not possible to pay for me. Parents used to lend money from others and sent to me. But sometimes it couldn’t happen. As I had no money to pay for the hostel mess, I started working as a waiter in the marriages. I graduated with a gold medal. I could have easily got a good job at that time, but I wanted to do something bigger. So I decided to continue with my studies. I took admission in PG (Post Graduate) in 2007. To afford studies expenses, I started taking drawing classes in private schools. I also made live portraits in art fairs at Jawahar Kala Kendra, Jaipur, where I was paid Rs. 100 for every portrait. After that, I worked for three years in a school in Rajgarh during which I completed my Ph.D. and at the age of 31, I became an assistant professor at the Rajasthan University. And my dream has fulfilled now.” Professor Jagdish says.

So this is the success story of Professor Jagdish Meena. Hope you got inspired from his efforts.