My Story: Finally I Revealed To My Parents How I Was Sexually Harassed 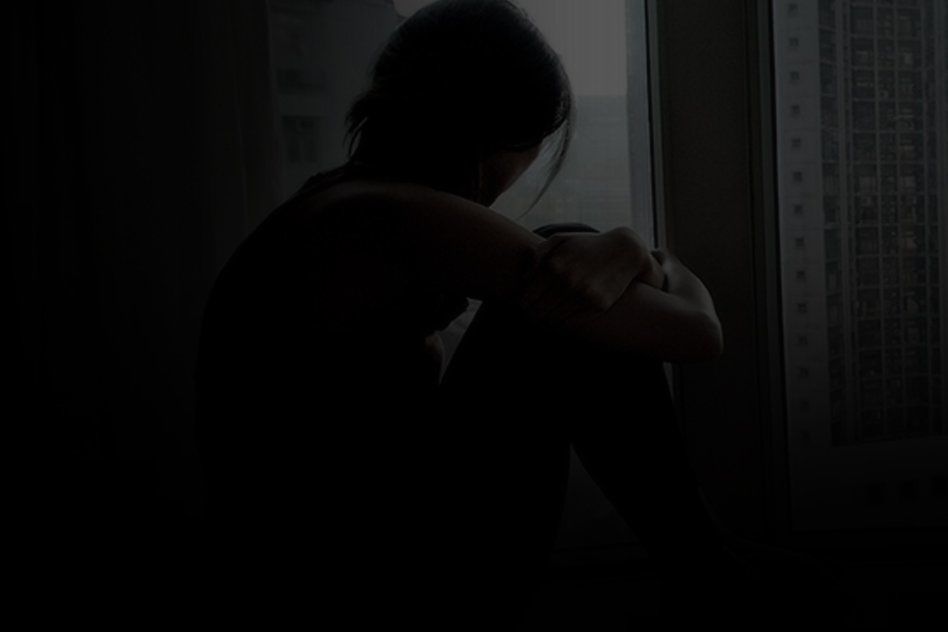 “I am 20 and I believe I am in a happy space in my life right now. I am studying in one of the best institutes in India and hopefully I will get to do all that I have always dreamt of. My family whom I absolutely adore, love me back. I have a few friends but those few have always stood by me through thick and thin.

All of us have certain issues in life that keep on changing with our priorities. Somebody of my age, just like me would probably be more concerned to pursue their higher education at the right place and achieve their career goals or live up to their relationship commitments. But in the end life is not all that bad. Is it?

All of us have been through ups and downs or if I put it through the crests and troughs of those waves that life throws at us. And its great that we are still out here, strong and full of determination. So, yes life has been kind. I don’t have much to complain about. But there are some incidents which stick out like a sore thumb. You repress them somewhere deep down. But they resurface and have shaped your belief system in ways that you probably haven’t even realized.

I was thirteen years old. The year was 2007. It was just another day or may be it wasn’t. My one and a half year old brother was playing. He was probably one of the best people I had after my parents. I never knew I would be so receptive towards a sibling because I always thought that I was better off as a single child.

I don’t remember what day it was. But since it was a holiday, it probably was a weekend. My mother was in the kitchen preparing the lunch for the day. My uncle was also there with us. He was my mother’s youngest brother. I was very close to him. He was like my guardian angel. I trusted him with all my heart. He was like an elder brother and a father figure.

He had always been nice to me, treated me like a princess. I remember I was changing my brother’s clothes and my uncle was holding him. Suddenly I felt something grab my left breast. The first time, I didn’t even realize or rather didn’t want to accept what had just happened. It took me completely by shock. And then it happened again. And being a 13 year old, I realized that what happened was wrong. I didn’t shout. I did nothing.

Even now 8 years later, my hands are trembling as I type this. My fingers are icy cold. So, I told him in a very normal tone that what he did was wrong and that he shouldn’t do it again. He smiled a little. That’s it. The truth wasn’t sinking in. Here was the person who I had trusted, loved and respected. And it didn’t take him a minute to give me the biggest shock of my life. The next day I received an apology scribbled on a piece of paper as to how he didn’t realize what he did because he was apparently sick. He also told me to not tell it to my mother.

People bleed when they are stabbed and here I was bleeding internally. And to compound it all, there was the mental agony and countless questions that now started hounding me day and night. Why did he do, what he did? Were my actions in some way responsible for what had happened. I couldn’t come to terms with it. People might say that it wasn’t like I was raped. So, what’s the fuss all about. But trust me it was traumatic. I can’t quantify it and tell you how bad, but it was.

I was completely on my own. I had no one to talk to. He was my mother’s own brother. So, I didn’t know how to go and tell it to her. I knew it would ruin their relationship. Also, I didn’t know how she would react. And I belonged to a middle class family which like many others wasn’t open at all to talk about sexual abuse. The little that I knew was from what I had read. I didn’t know if such incidents happened with kids my age. I thought this was alien.I couldn’t get myself to talk to my friends either.

Everyday during every single class,my brain was constantly preoccupied with what had happened. I was clueless. I knew what happened was wrong.But what next?I knew I should go and tell my parents. But its not all that easy. Months had passed by and I was still battling in my head and dealing with the trauma. All this while, neither my parents, nor my friends had an clue about what I was going through.I had successfully feigned to be normal.

I had prayed every single day that I don’t see him again. But as fate would have it, he was supposed to stay at my place and prepare for competitive exams. I was devastated. How was I supposed to stay with that man who had violated me under the same roof and be completely normal! It was too much to deal with.

The only person who I could share close to everything with were unfortunately not my parents but a didi who was 4 years elder to me. She was my neighbour. I used to talk to her everyday. And despite the age gap, she was like a friend, more like an elder sister. She had told me things that my parents should have. This was after almost 3 months had passed that incident. I was sitting at her place and we were talking. That was when she told me that she too had gone through an incident similar to me during her childhood.

I couldn’t hold back any longer. I broke down immediately and told her everything. She was patient with me. She asked me to inform my mother. But I couldn’t. My uncle was now at our place. There was no escape. Where do you go , when you can’t go back home? Isn’t home supposed to be the safest? For me it wasn’t anymore.

He didn’t do anything after that. But I constantly felt threatened even when he looked at me. There was this one day when my parents went for shopping leaving me and my uncle alone in the house. They thought I was safe with him. I locked the bedroom and stayed inside until they came back. That was when I knew I shouldn’t be taking this anymore.

A few days later, my father went to our native place for a few days. This was when I wanted to tell my mother. I mustered all my courage and with didi’s support, I wrote a letter to my mother describing the harrowing incident. She hugged me and cried. She was so furious that she immediately confronted him and asked him to leave the house. He didn’t own up to what had happened. He clearly didn’t regret what he had done while I had believed that he did. We have severed all ties with him.

Fortunately I have healed but the scars remain. I have emerged stronger out of it. I read a lot about child sexual abuse after that. I made sure I was aware about these things which remain unspoken in our society. It took me 8 years to finally write this down and let it all out. If anybody reading this is going through sexual abuse of any kind. Please speak up. Go and talk to your parents. Don’t be a victim. Nobody has a right to violate you in anyway. Don’t be scared.

And all you parents, please create an effective communication channel with your children. Tell them everything that they ought to know. Don’t shy away. Their childhood and dignity can’t be second to anything. Sexual abuse is rampant. Acknowledge it and talk about it.”