My Story: "We Were Appalled At Police's Disheartening Response After Rape Threats From A Cab Driver" 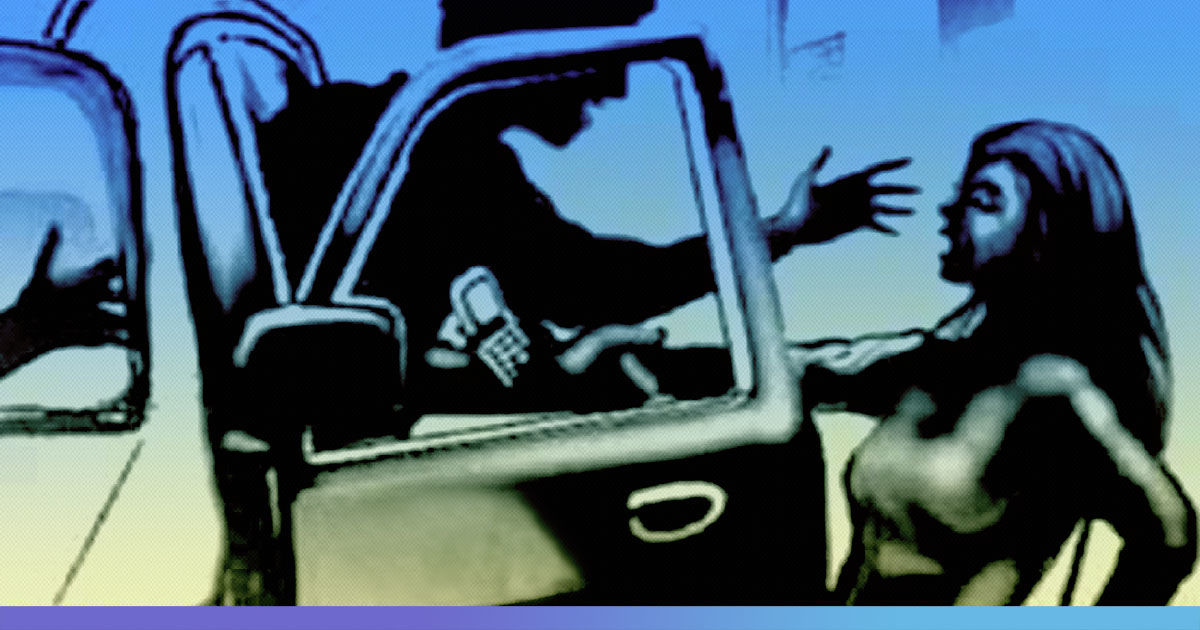 On Christmas night this year, we came back home from our long-planned outing with a heavy heart. The glitter, the lights, the Christmas carols did little to lighten the ocean of emotions that we felt.

The warmth of our room did little to comfort our freezing hands. Hands that had been holding pepper sprays before we finally managed to reach our destination.

This is our story. The story of two independent women living away from their hometowns to make something of our lives.

We had a pleasant Christmas evening. The two of us, after dinner at Bengaluru’s Church Street, were waiting for a cab that we had booked sometime after 10 PM. We soon boarded the cab that was supposed to drop us off at Banashankari area in the city.

Five minutes after we left Church Street, the driver, a young man who we guessed would be in his 20s, suggested that we cancel the trip, following which he would drop us off at our destination and in turn keep the entire fare for himself, without having to give Ola its share. We simply refused.

We wanted to go by the books. We refused because, with everything that has been happening with women in our country, we felt unsafe at the thought of travelling with an unknown man, untraced by a third party, late in the night.

So we refused politely and requested him to follow the rules and drop us.

The driver became hostile and began forcing us to do what he wanted. When we kept refusing, he said he would drop us off in the middle of nowhere, take the money and leave.

Extremely intimidated, we called Ola Emergency and explained to them the situation we were in.

The man on the other side of the phone spoke to the driver and assured us that he would drop us safely.

But our ordeal was far from over. The driver became furious and began racing the car. He began speeding it so fast that we froze and repeatedly begged him to stop. But he refused.

We took out our pepper sprays and prepared ourselves for the worst.

He finally stopped the car under the intimation of a cab official who was still on the call with us. We hurriedly abandoned the cab and found ourselves stranded under a bridge near Koramangala, in a deserted, unlit street.

At this point, the driver not just followed us but also charged at us, coercing us into giving him money. With the man from Ola emergency on the phone telling us that we must not pay, we managed to cross the road and escape unharmed.

What we thought was the end of our nightmare was only the beginning of it.

Our Nightmare Was Far From Over

On the morning of December 27, a little before 9 AM, one of us got a call from an unknown phone number. As we answered was answered with a “Hello, who is this?”, a man on the other side said in Hindi, using extremely abusive, filthy language: “I am going to rape you”.

We disconnected the call. He called again, this time we didn’t answer and blocked him. The entire episode was over in a minute, but we were left shaken.

On checking, we found that it was the same number which the cab driver had used to call us on December 25.

It was enough for us to deal with for a day.

The same day, we went to the Chennamanakere Achukattu Police Station to file a complaint. The inspector in charge listened to us with a rather relaxed temperament, almost dismissing us.

After all the formalities, he called up the cab driver to investigate further. Since we do not understand Kannada, it was difficult for us to follow the exact conversation.

However, the officer turned to us with doubtful countenance and announced, “He denies calling you up”.

“Don’t you believe us?,” we said, showing him the call records.

“There are two calls at the very same minute. How is that even possible?” the officer questioned our narrative.

We explained to him how the two calls rounded up in a minute, and that is why the record shows the exact same time.

Another policeman then suggested that we should have recorded the call and provided a recorded conversation as evidence. We answered that it is not our duty to record each call that we receive and that we do not expect a man to call us up and threaten to assault us.

After a long and futile conversation, we were sent back with a copy of the complaint acknowledgement and an unconvincing assurance that the matter will be looked into.

Despite repeated assurances, we did not get any follow-up on the case from the police. It’s been 15 days since, we are yet to receive a response.

We Continue To Live In Fear

The uncomfortable realisation that the driver knows our address and may track us down makes us look behind us every time we walk along a slightly unlit road.

We have equal rights at living life, at being carefree and not having to be ‘vigilant’ all the time.

It is indecently sordid and extremely unfortunate that a woman’s plight with respect to unwanted rape intimidation is taken in a light whiff. Scenarios like these bring us back to the same question: ‘Do we need to actually get raped and murdered to be heard?’

Also Read: My Story: “I Desperately Searched For Acceptance After Sexual Abuse & Other Traumatic Events”