Kerala's Ernakulam Station Becomes The 1st Disabled-Friendly Railway Station, Thanks To The Efforts Of This Activist 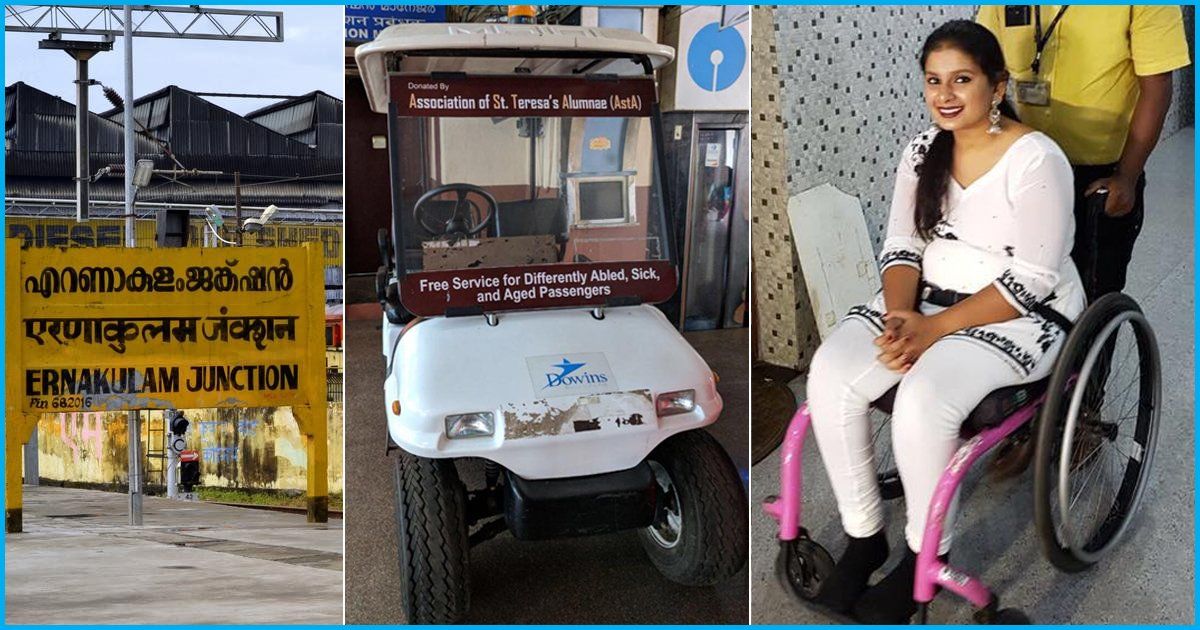 Virali Modi, a disability rights activist from Mumbai, is on cloud nine after her return from Kochi. She was invited to Kerala to inaugurate Divyangjan Project by Mathrubhumi News. Virali told The Logical Indian that she is glad to receive such a warm welcome in Kerala and hopes that other states would also implement similar projects.

For over a decade now, Virali Modi has been in the wheelchair and is fighting for the rights of disabled people. She visited Kerala as the Chief Guest of Honor to inaugurate the Divyangjan Project by Mathrubhumi News at Ernakulam. Her campaign #MyTrainToo was the sole inspiration behind this initiative.

As a welcome feat, Kerala has made permanent ramps at Ernakulam Junction, along with portable ramps to board trains and small wheelchairs to get inside the trains. Luggage porters were trained on how to assist disabled passengers. The proponents of the projects have also promised to have an electronic cart for porters to transport disabled and elderly passengers to their trains. They have also announced to create disabled-friendly lounges including an AC lounge, and wheelchair friendly washrooms within six months and handed over the project to the railways with an intention to implement the same facilities to other stations all over the state.

Virali says that the attitude of the people in Kerala is humane. She shared her experience with The Logical Indian about the time she was in Marine Drive, Mumbai. “I was waiting for my driver to come because there were stairs and I couldn’t move. To my astonishment came two young men, lifted my chair and guided me through. It was something I have never experienced in Mumbai.” She hopes that people from all the other states change their attitude towards the differently-abled people and the governments bring in projects like Divyangjan.

She had approached politicians of different states. “But so far, no other states have implemented this kind of project for differently-abled people. Even in Mumbai, I had witnessed only negative experience. I want this steps to be implemented all over India. It does not cost too much. I believe that If Mumbai goes for this initiative, all the states will follow the path and I hope they would do so,” she added.

Diffabled persons always find it hard to get on trains, they had to rely on railway porters. Virali was mishandled by railway porters who took advantage of her disability. With an intention to make railways handicap-friendly, Virali kicked off the #mytraintoo campaign. She has started collecting petitions from different parts of the country. On February 9, the then railway minister Suresh Prabhu tweeted in response to the request, stating that he had taken a note of it.

Before Ernakulam, Virali’s campaign had a productive effect on the Kerala capital. In March 2017, central railway station of Thiruvananthapuram introduced a wheelchair-facility ramp for the differently-abled people based on an official order from southern railways. It thus became the first railway station in India to do so. They also ensured the presence of lady staff to oversee the assistance of the porters.

Bouncing Back At Life

Virali’s story is one that will ignite a fire in you when you look for inspiration. Life went upside down when she was in her teens. Virali was just 14. A mysterious fever trapped her, and she became paralysed neck down. She was declared dead three times. But, as her name implies, she has shown to the world that she is a warrior. After battling with depression, attempting suicide twice, and withstanding all the hardships in life, she gained 70% of her mobility. Now, sitting in the wheelchair, she battles for the rights of disabled people.

Virali has bagged the first runner-up in the Miss Wheelchair India contest in 2014 and aspires to be successful in modelling and acting along with her activism.