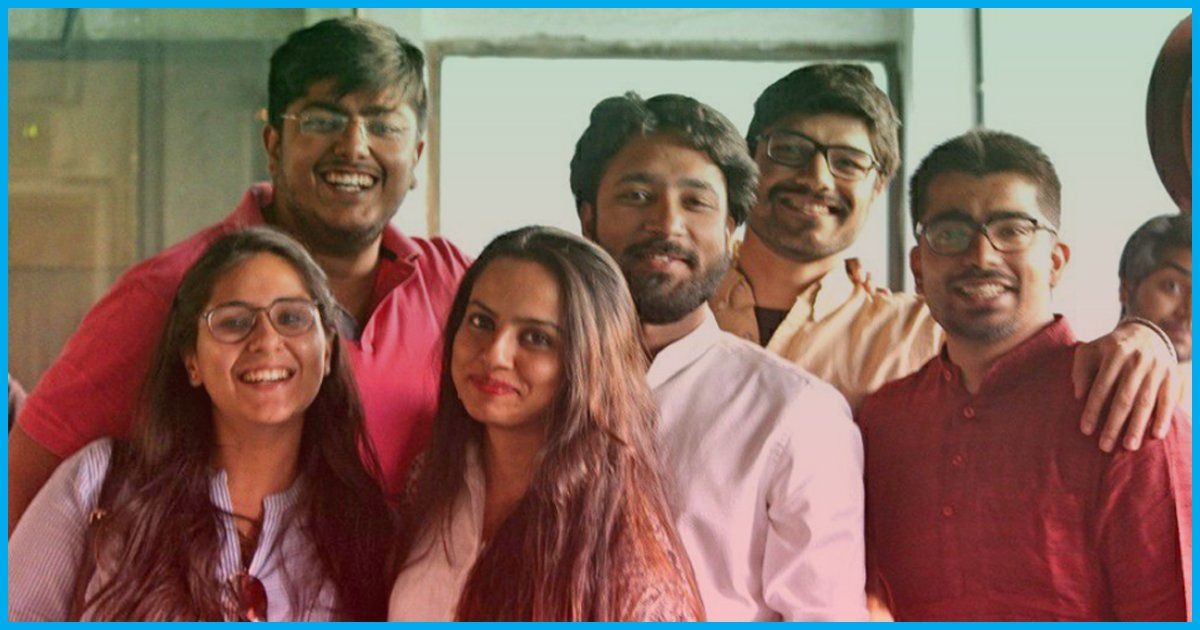 The word ‘Sarvahitey’ means welfare for all. This is precisely what the initiative with the same name founded by a group of six friends have been doing. Sarvahitey was formed keeping a view in mind that majority of the Indian population is devoid of basic needs and basic infrastructure. Sarvahitey was formed to cater to the underprivileged, gradually making them self-sufficient to fulfill all their basic financial and obligatory needs. Its willingness to bridge the gap between the privileged and the underprivileged comes from social awareness and empathy towards the ‘have-nots’. Thus this organisation has taken upon itself to raise social awareness among people and imbibe the sense of being socially responsible among every individual of the society.

One of Sarvahitey’s primary vision is to imbibe the sense of self-sufficiency in each individual. To materialise the ability to nurture and care for oneself comes from the basic parameter of education. Sarvahitey thus has the motto to bring education to each individual in such a way that it helps the individual in the short run and be beneficial for the country in the long-run. Sarvahitey aims to create a sorrow-less and grief-less society which will be good for all. This organisation believes that the main onus to transform the functioning of a country lies on the rural sector. Thus providing them with basic infrastructure to uplift their situation shall lead to progress of the rural and agrarian sector which will be reflected in the progress of the entire country.

In August 2016, Assam was ravaged by one of the worst floods and it affected over 30 lakh people. Sarvahitey did its bit to help people with the required support in Assam and it was one of the initial initiatives taken up by the organisation. Prior to Assam floods, they had sent relief service to victims affected by the Nepal Earthquake calamity by sending medicines and other relief material, which was their first ever initiative.

To materialise such a vision, Sarvahitey has taken up an initiative to build 1000 libraries across the whole country. Among these 1000 libraries, 750 will be set up in rural areas. For the starters, they have already set up to two functional libraries in Bathad village, Kulu district of Himachal Pradesh and one at Babupur, Mewat (Nuh) district of Haryana. This model of libraries is different in the aspect that these are are community libraries which are catering towards the holistic betterment of the communities.

“The concept is to create libraries which will gradually turn into computer training centres,” said one of the co-founders of Sarvahitey, Prem Prakash, when The Logical Indian spoke to him.. There is a huge gap between the urban and the rural sector in the context of the growing internet cluster. With digital literacy being of utmost importance on this date, these computer training centres are being of great benefit for the rural communities. These libraries are also working as community centres where exhibition of local arts and crafts are taking place which in turn is creating women entrepreneurs. The libraries are being used to hold awareness campaigns by sensitising the parents about the importance of education. In Bathad, the library has been set up against a promise made by the villagers of organising cleanliness drives twice every month. Through this process, the environment remains clean and the community moves towards a better future.

When it comes to creation of impact, Prem said, “There has been a drastic change in attendance at schools and the numbers have shot up to double in three months. The main idea is to gain their trust and about intervening to spread awareness about education.” These libraries across the country will gradually function as points for cultural exchange. With one library currently being set up in Dimapur, Nagaland, volunteers will be sent across the centres to gain an understanding about the other culture. This will help in forging the bond of understanding between communities and becoming aware of their identities through cultural assimilation.

Babupur from Mewat, Haryana is a village which has been adopted by Sarvahitey. “We are trying to bring about a change in the framework of the society by sensitizing the members of the community about issues like women empowerment. Creating an awareness about the importance of education is one of our main motto,” Prem said, upon asking how is Babupur evolving to become a model village. Babupur already has a school, but intervention has now helped in installing computers and projectors for showing informative videos. “With reghards to sanitation, this model village is performing well, we have made it open defecation free,” added Prem.

Another program taken up by Sarvahitey is Vidya Vistar. It started as an initiative to diminish the disparities between the ones who have access to education and ones who don’t. Vidya Vistar works in six areas in Delhi, namely Gole Market, Kali Bari Area, Noida Sector 126, Noida Sector 51 and Gurugram Sector 52. It has been a fulfilling journey for volunteers as well as the kids, since they have a more motivated attitude towards learning.

The kids are taught on weekdays as well as on weekends and are encouraged to engage in extra-curricular activities. There are sessions to teach them basic maths, English and Hindi as well as sessions are conducted to aiming at overall development of the kid. The Noida Sector 51 centre has been revamped to make it more inviting for the children. In Sector 51, Noida, the sessions have seen the most tangible success over the last two years. Kids there are being trained in yoga, dance, computer and even American Football has been introduced in the Gurgaon Sector 52 Project. Vidya Vistar Project has also successfully done its bit in Patna as well. Sarvahitey also conducted its 25th successful clothes donation drive in Sector 25, Noida.

One of the upcoming projects of Sarvahitey is relief for flood affected Assam which will take place in August. The Logical Indian community applauds the awe inspiring efforts taken by Prem and his team. In his own words, this is the change his team intends to bring in the society: “It has been an uphill journey for all of us but the ‘thank yous’ which we get makes up for the hurdles we face. We need to understand that a holistic growth is possible only if the rural sector does not lag behind the urban area, in terms of tangible development like scope of education. Let’s all do our bit in bridging the gaps between them and our luckier brothers.”