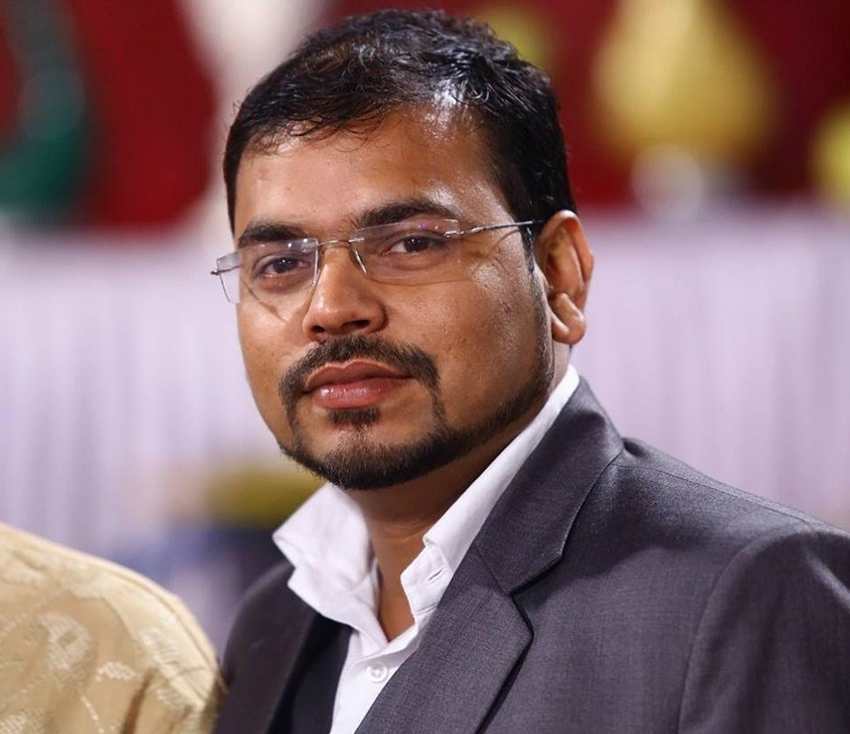 The Blood He Donated Was Sold Illegally, So He Built An App For Fair & Swift Blood Donations

Kiran Verma belongs to a lower-middle class family. He lost his mother to cancer when he was seven-years-old. It was then that he took a pledge to save as many lives as possible during his lifetime, by whatever possible means. He started donating blood and became a regular blood donor. Later, he realised that many blood donation camps were organised with a noble message, but the collected blood was sold on the black market.

So Kiran decided to donate blood only to government hospitals on particular dates with the prescribed 90 days’ gap between them. Also, he would find poor or actual needy people and donate to them individually, which allowed him to show results of his blood donation instantly.

As Kiran was a regular blood donor, blood banks started sharing his number with needy people at times. But as he had only four opportunities in a year to donate blood, he began collecting numbers of volunteer blood donors and joined few groups where he used to post blood requests. In August 2016, a community member didn’t inform about his mother who was fighting dengue, and he was around 2-3 hours away from where she was. The member’s mother needed platelets, and Kiran thought he would donate his platelets to his mother. But by the time he reached it was all over. That day, Kiran realised that time and distance are critical.

On 28 December 2016, Kiran got a call regarding blood requirement in one of the government hospitals in Delhi. He was clueless about who called him or who the patient was. When he was coming back after donating blood, Kiran met the patient’s wife. He came to know that his blood which he gave for free was sold to her for Rs 1500. The person who called him was an agent who used to sell blood to poor individuals who are from outside Delhi.

The very same day, he decided to quit his job to give 100% of his time and energy to the cause. On 3 January, he started working on a blood donation app and launched the same on 29 January 2017. It was named “Simply Blood”. While developing the app, he considered every possible scenario so as to save the maximum number of lives in minimum possible time. His wife, Jayati, backed him and took care of the household and monthly expenses.

What is Simply Blood?

The problem for Donor – Usually blood donation is done through blood donation camps. But in this case, nobody knows who is going to get the blood and whether the blood donated is being sold by and to private blood banks – often at the price range from Rs 1500 to Rs 50,000 (depending on the rarity of the blood).

The problem for Needy – If somebody needs blood, they need to buy the blood or get a donor arranged. To search for donors, there are many large networks where you can find them. But on any such network, we get to see the database of blood donors. We need to call every potential donor for their availability which takes hours. Also, even if a donor is ready to donate, the travel time can be long. At times we fail to save lives due to such long process.

How does “Simply Blood” work?

“Simply Blood” has a database of more than 50,000 blood donors in India and more than 1000 registered users. A donor needs to register on the app and “select a date” to donate blood. Simply blood will find the exact location of the donor on the chosen date and connect them to the nearest possible needy person. A donor gives blood straight to the needy.

The first request came on the same day of the app’s launch. Kiran used his old contacts to arrange blood donors for them. With a target of saving 100 potential lives in their first year through the “Simply Blood” app, they have achieved the goal in less than six weeks.

Speaking to The Logical Indian, Kiran Verma said, “We are using social media as a tool to spread awareness and are not willing to raise money using this platform at all. As of now, we have our savings to run this platform for next few years as we have gotten hosting, domain, etc. paid in advance. We are thinking of a model like Wikipedia’s where they do a fundraising every year and run their operations from that funding.”

When a person needs blood s/he just needs to search in three simple steps, and the request is shared with all the potential donors available to donate blood near you. Without calling hundreds of donors, all that is needed is the app, SMS, email, and a few seconds. If the search does not find any donor, then the request is handled manually using 50,000-rich donor database and few associated agencies.

“Simply Blood” is going to various corporates and educational institutes to educate youth who are a maximum number of potential donors. The app is conceptualising a concept called “Virtual Blood Donation Camp“. The donor is asked to download the app and get registered by selecting any date for blood donation. “The platform will connect the donor with the nearest possible needy person to make sure a donor is aware where her/his blood is going and not been sold in the black market. Marwadi University invited us for the first time to organise a virtual blood donation camp. Punjab-based Fateh Blood Sewa and Goraya Blood Sewa are also helping us in spreading awareness about this platform.”

“Simply Blood” aims save 1 million lives by 2020. For that, Kiran and his team started an ambassador program called “Simply Blood Ambassador Program” to encourage people to invite more people to register. “The bigger the network of donors we will have, the more lives we will save,” Kiran notes.