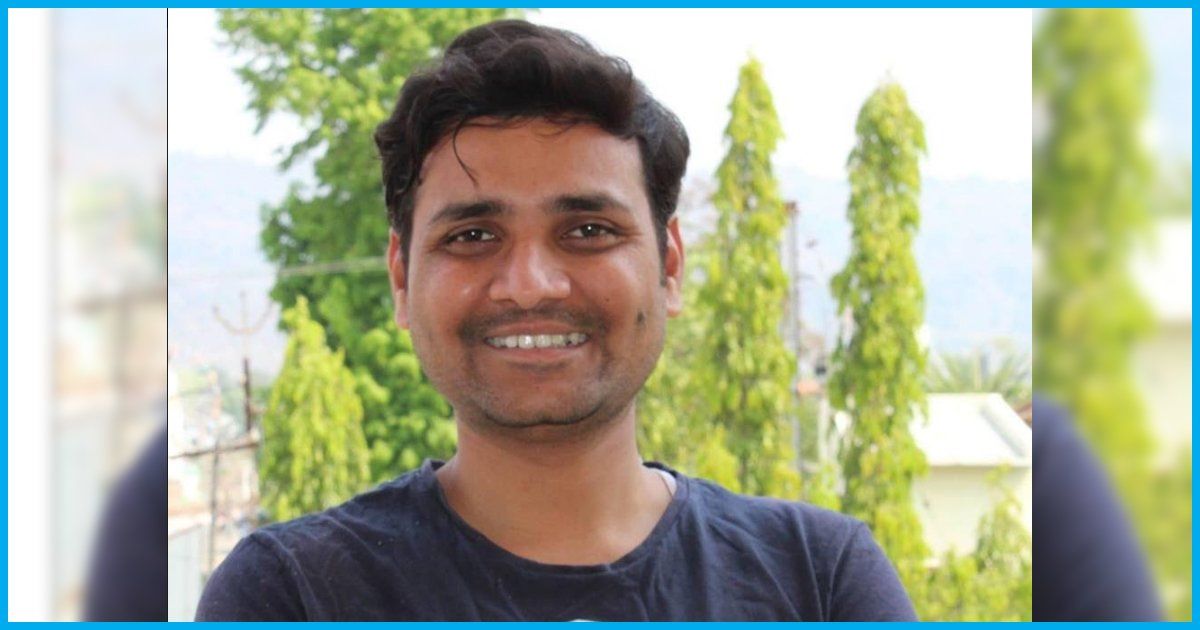 Quit His Job In MNC To Work For Tribal People In Malkangiri, Odisha

Rajesh Tamadapally, a Prime Minister Rural Development Fellow, placed in Malkangiri, a tribal area in Odisha is striving hard to bring about a change in the infant death scenario in the area. Hailing from Telangana, this changemaker is an alumnus of BITS Pilani and has worked extensively in the Information Technology sector MNCs before being associated with PMRDF. When The Logical Indian asked, what made him make a shift from the IT sector to the development sector, he said, “I always used to dream of giving equal opportunity for every child, as the poor need quality solutions.. Earlier it was a far-fetched and long-term plan, but with constant involvement with organisations like Nirmaan, I found that this I was at inner peace and joy when I worked in this sector. Thus I decided to work in the development sector, full time.”

Achievements as a PMRD fellow

Rajesh has been a PMRD Fellow for the past three years. He has also been a pioneering figure during Japanese Encephalitis breakout in Odisha, in 2016. His 120 member volunteer team has reached out to over four lakh villagers from 100 villages in the state. This government-NGO collaboration namely Japanese Encephalitis Coordination Center won the Odisha Living Legend Award in 2016. He was instrumental in leadership and innovation team which ensured 100% vaccination of children between 6 months to 15 years to control the outbreak of Japanese Encephalitis in the district. In his stint with the PMRDF, he has also successfully been a part of School Management Committee Formation issue. Earlier most villagers were not familiar with the concept of school management committee (SMC). None of the villagers who were a part of the SMCs was aware of the roles, responsibilities and power of the parent-teacher association. Generating a awareness about the activities of the SMCs to creating SMCs in more 1396 schools across 1100 villages in Malkangiri, he came a long way. Apart from these, Rajesh has been instrumental in forming and skilling the first women-led farmer-producer company where 40 Bonda tribal women were employed at the Cashew Processing Centre, in Bonda PVTG (Particularly Vulnerable Tribal Group).

Rajesh introduced the method of first technology intervention (a GPS-based Android app) to address malnutrition strengthening ICDS (Integrated Child Development services) scheme in the district. He played a key role in increasing the institutional deliveries from 65% to 88%. Other major initiatives taken up by him are refurbishment of Nutrition Rehabilitation Center to reduce malnutrition, introduction of Gambusia fish to control malaria, starting a Patient Facilitation Center at Vishakapatnam for tertiary health care facilities etc. He sincerely acknowledges the support and guidance received from the district collector and the administration.

Malkangiri of Odisha and Sukma of Chattisgarh are two majorly hit Naxal zones of the country. Inhabited by the indigenous population, these districts are a part of Dhandakaranya forests, and are most underdeveloped district of the country. Due to an intense conflict between the Naxals and the security forces, hardly any organisation works in this region. Nutrition levels are at par with Sub-Saharan African countries. This situation has made him take the vow of putting an end to preventable child deaths in this region so that each child can grow to achieve full potential growth, mentally as well as physically.

Rajesh has co-founded a for-impact organization, “I DO”, along with his like-minded friends and has initiated “First 1000 days” project in this region with a vision, “Every child grows well in his/her first 1000 days”. The first 1000 days of a child’s birth, the period from conception of pregnancy till 2 nd birthday is most crucial for child’s survival and life-long physical & cognitive development. They did a pilot in one village and the impact has now reached 6 villages across Malkangiri and Sukma.

Some of the major challenges faced during action were poverty, poor service delivery, isolated pockets, cultural inhibitions and lack of awareness. Owing to these problems, significant obstacles which needed to be overcome are high maternal death, high infant mortality rates, malnutrition, low productivity and medical expenses furthering poverty. When The Logical Indian team spoke to Rajesh Tamadapally, about the basic challenges he faced, he said, “There are few broad level gaps, supply side gaps which include government services not reaching to these people and demand side gaps of poor modern health seeking behavior among tribals. People here prefer not to take immunisation and mostly opt for home deliveries, these affect the process of implementation. In phase 1 of this initiative, we are focusing on creating demand among the tribal communities. We are empowering the communities about best practices in the first 1000 days by using technology and a community resource person through our m-SwaasthyaGyan model”. Rajesh says, ”While the journey has been challenging, we are not going to look back until we realize our vision.” As a long term goal, it will gradually lead to healthier babies born and lowering bursting malnutrition rates.

On asking what message Rajesh has to say for The Logical Indian readers, he said, “I would urge the youth to work hard to bridge the gap between opportunities that we receive and opportunities which most of our other fellow brothers and sisters don’t. It would be a huge injustice on the part of the present generation if they do not give back to the society what they have received. Our motto should be to give equal opportunity to every child.”