My Story: From Thinking Of Marriage To Joining A Job, How My Mother's Advice Changed My Life 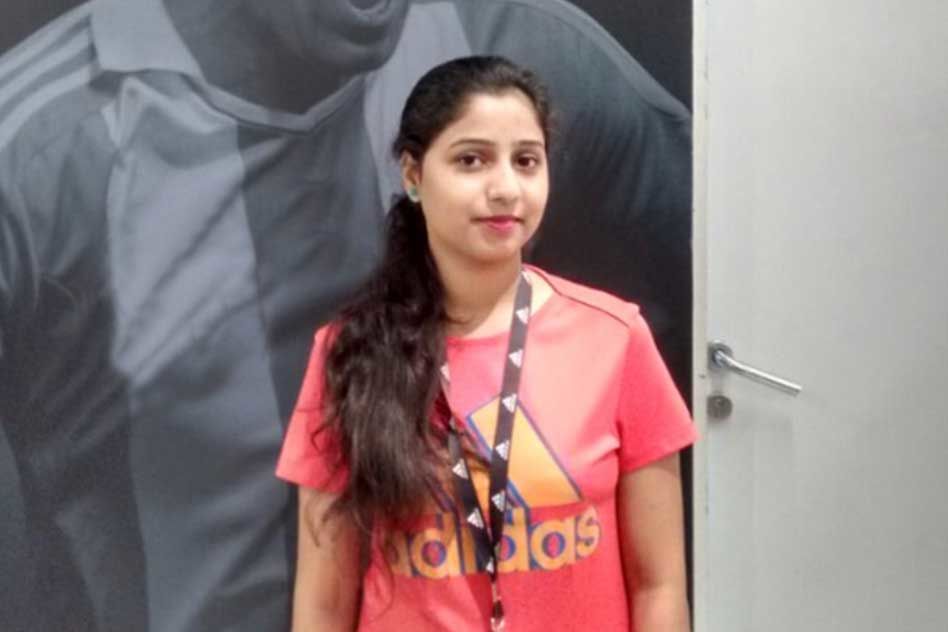 “People told me I was fair and beautiful, and I would easily find a nice groom. I was content with this” says Vaishali, who lives with her extended family, in Dakshinpuri. “My family is from Rajasthan and the women in our community usually don’t work,” she says. So after completing her 12th grade, Vaishali spent all her time at home, helping her mother with chores, and taking care of her older brother who has a mental illness.

Why then did she join a job-linked training program? For “time-pass” she says. “My mother told me that once I moved in with my in-laws, I would have to wake up early, cook and clean for the entire family, and I needed to prepare myself for that. She recommended joining this course as it would get me into the discipline of waking up early and I would also learn English and computers.” Taking her mother’s advice, Vaishali joined ETASHA’s Customer Service and Work Culture (CSWC) Program, hoping that the English and Computer classes would improve her marriage prospects.

In the first few weeks, she was very disinterested. “I used to sleep till late in the morning, and I didn’t like getting ready and coming to the centre at 9:30. I didn’t like the English class” she tells us. But her approach changed after a session on recognising weaknesses. “I told Ma’am I couldn’t understand anything in English, but by the end of the class, I realised that it wasn’t English, but my lack of confidence that was the problem. I thought I couldn’t speak, and so I wasn’t even willing to try” she says. Prevalent notions regarding women’s work in her community had shaped Vaishali’s aspirations, but in the weeks that followed, she began to reflect on her expectations, from herself and life. “Everyone was always so motivated, and in every class, we were pushed to think about what we wanted to do in our lives. The positive and happy environment at the centre was encouraging” she added.

While Vaishali was beginning to think differently, the change wasn’t visible, and the faculty felt she wasn’t trying hard enough. It was in the final month of the program, during the placement assessment that Vaishali got a major reality check. Her batch coordinator, Jaya recalls the session – “I asked her if she was serious. After four months, she wasn’t even able to speak five lines about herself. No one had forced her to come here, so I told her if you aren’t interested in working, then don’t come from tomorrow. Surprisingly, she came back the next day, and she seemed a little more serious, and was taking the initiative.” It was in the last 15 days of her course that Vaishali realised the urgency with which she needed to work on her skills.

In an individual feedback session, she was told to pick a new topic every day, and speak about it for 2 minutes in front of her class. “Unlike before, no one had to remind or ask her repeatedly. She would raise her hand and ask for permission to speak, on her own”, says Jaya. But improvement didn’t come easily, and Vaishali’s confidence took a major hit when she was among the only 2 in her class of 15 who weren’t selected for a job at Café Coffee Day. “I was very upset. I thought that because my communication wasn’t good, I would never be able to get a job”, she says telling us about how she was unwilling to appear for the next interview at Adidas. The counsellor at ETASHA advised her to be positive, and think of her failures as opportunities for learning.

Vaishali cleared her next interview, getting placed as a Sales Executive at the Adidas Showroom in Ghitorni with a salary of Rs. 10,000. “Within a matter of 10 minutes, this girl’s confidence level shot up,” says Jaya. But the next challenge was to convince her father, who refused to let her travel and believed that a sales job was not respectable for a girl. “I really wanted to do this, and I decided that I would convince my parents. I told them that I want to make something of myself. I told them about my facilitators, who are working women, how confidently they carried themselves. Until now, I had only looked after my brother, and I thought I had to get married quickly so that my parents could save for Alka’s (her younger sister) wedding. For me, this was an opportunity to do something for myself, and they eventually agreed even though they were quite reluctant.”

When Vaishali began working, she was told that she needed to work on her English and this is feedback that she has taken positively. “Earlier, I would close myself up, but now I think of it as a chance to improve. I was told to improve my English, and my boss also mentioned that I wasn’t able to meet my targets last month. He said that if I don’t meet my goals, I wouldn’t be allowed to take any days off next month. I didn’t feel upset, and I know that I can do it. It will be a challenge, but I can”. The Anger Management classes have helped with this she says “I learnt that my anger would not disappear, but I can manage the way I handle it. Earlier, if anyone said ‘No’ to me, my first reaction was to get angry and cry. I am calmer now.”

Vaishali is happy with her job, and she feels that she is good at sales. Defying the stereotypes that she was brought up with, she sees herself growing to be a Team Leader in sales, within the next three years. From marriage prospects, she is now thinking about growth prospects that a career in the retail sector.

ETASHA Society works towards the holistic development of underprivileged youth, enabling them to achieve economic independence, helping their families to break out of the cycle of poverty.