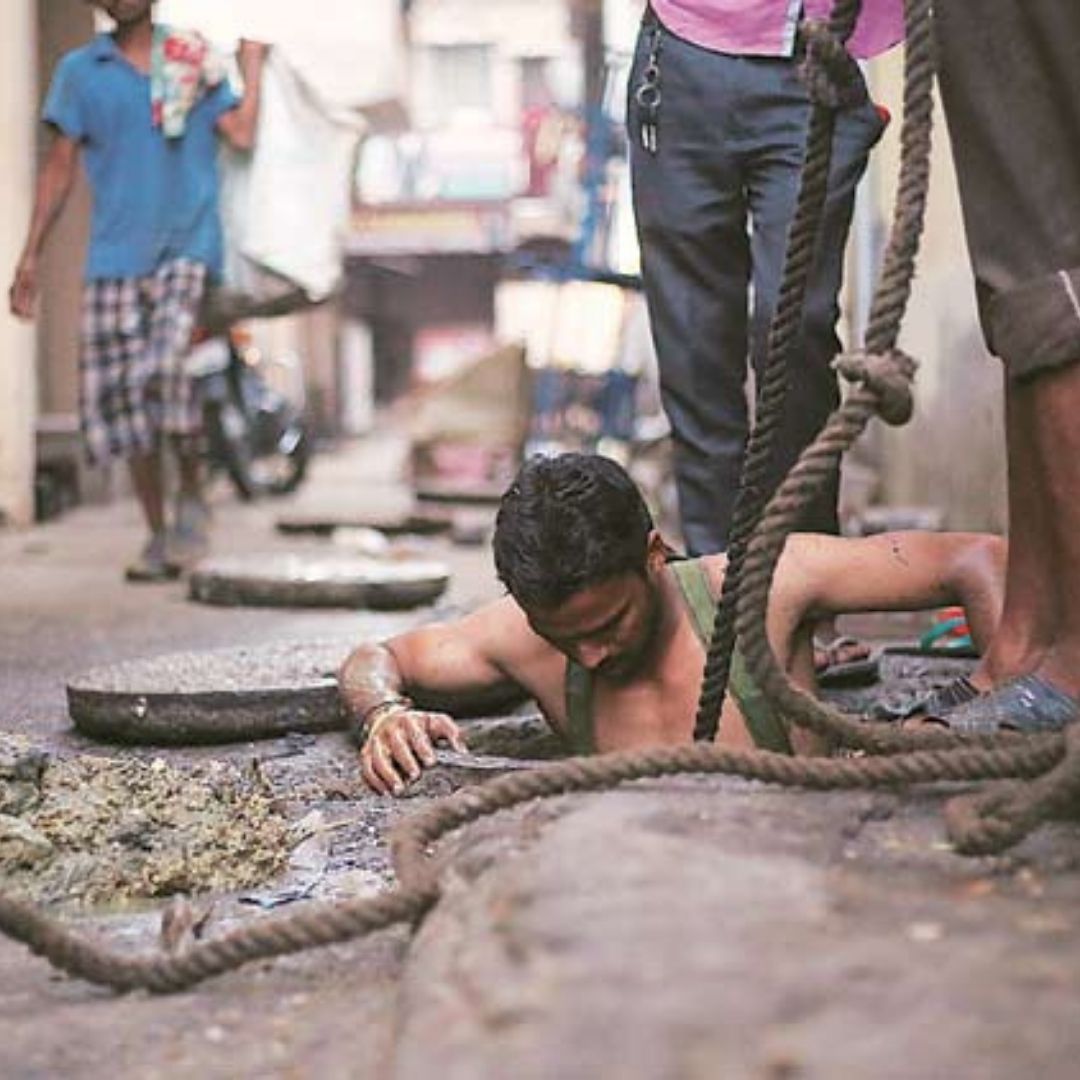 Centre: 'No Deaths Due To Manual Scavenging', 161 Died Cleaning Sewers In Last 3 Years

Tamil Nadu reported the highest number of such deaths at 27, followed by Uttar Pradesh with 26. Manual scavenging is banned under the Prohibition of Employment As Manual Scavengers and Their Rehabilitation Act, 2013.

In a somewhat ambiguous statement, the Centre told the Rajya Sabha that even though 161 people have died while cleaning sewers and septic tanks in the last three years, there have been no deaths due to manual scavenging. Tamil Nadu reported the highest number of deaths of 27 people while cleaning sewers, and Uttar Pradesh closely followed with 26 deaths in three years.

The Union Minister of Social Justice and Empowerment Virender Kumar mentioned the statistics in response to BJP MP Mahesh Podda's question about how many deaths related to manual scavenging have occurred in the last three years.

Hindustan Times quoted the Minister telling the Upper House that 58,098 manual scavengers were identified in two separate surveys in 2013 and 2018. All of them were provided with one-time cash assistance of ₹40,000 under the Scheme for Rehabilitation of Manual Scavengers (SRMS). In 2020, the Union Ministry had also launched the Swachchata Abhiyaan to identify and geotag the data on insanitary latrines and manual scavengers in the country. However, the Minister stated that 'no insanitary latrine has been confirmed so far'.

On the other hand, Bezwada Wilson, the founder of Safai Karamchari Andolan, who aims to eradicate manual scavenging from the country, mentioned that cleaning dry latrines is very prevalent in Uttar Pradesh, Madhya Pradesh, Bihar and Jammu and Kashmir. The founder also said that the organization has the data of the manual scavengers, but every time they try to put it forth, the safai Karamcharis are harassed.

What Is The Law?

The government has differentiated the deaths that happened due to manual scavenging and those while cleaning sewers. The practise of Manual Scavenging has been banned under the Prohibition of Employment As Manual Scavengers and Their Rehabilitation Act, 2013. However, experts believe that the job of cleaning sewers and septic tanks is an extension of the banned practice of manual scavenging or cleaning human excreta with bare hands.

Also Read: Here's A Startup That Builds Paper From Hemp Plant To Save Cutting Trees