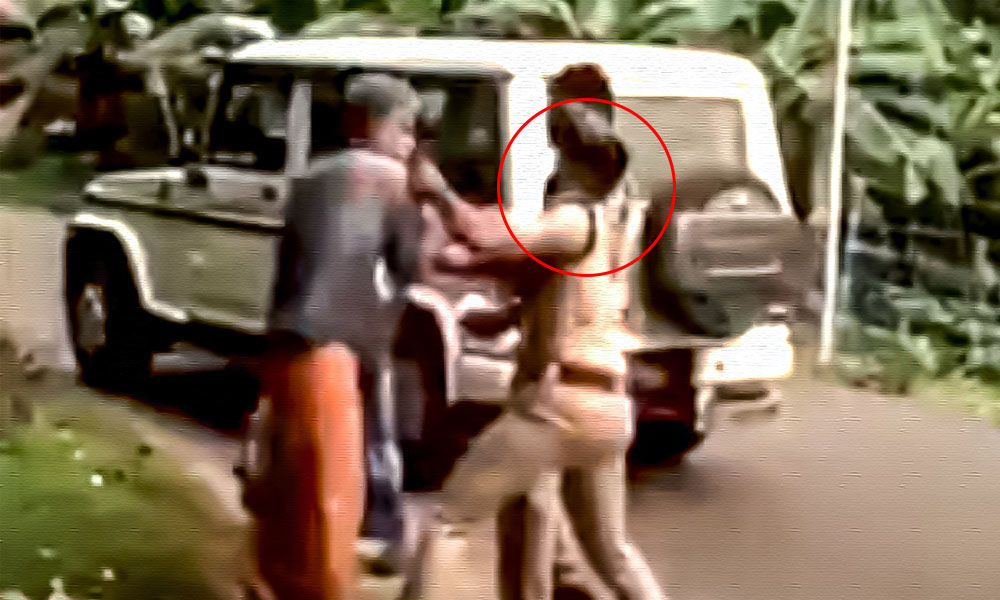 The cop slapped and aggressively shoved the elderly person inside the jeep for failing to pay fine on not wearing a helmet.

In a shocking incident, a police official attached to the Chadayamanglam circle of Kollam, Kerala, was seen slapping and manhandling an elderly person for not wearing a helmet.

The incident was reportedly recorded by one of the onlookers and the video has now gone viral on social media triggering outrage.

Kollam Superintendent of Police told The News Minute that on seeing the visuals, he has ordered an inquiry report on the officer, SI Shajeem, and that action will be taken after that.

However, according to ANI, on the direction of Kerala DGP, the Kollam district police chief has ordered that SI Shajeem, who is currently on probation, should go for intensive training.

In the video, two police officials can be seen questioning two men who had been riding a bike, for not wearing helmets. One of the policemen asked the older man to enter the jeep. When he doesn't, the other cop moved towards him and forcefully pulled him towards the jeep, slapping him on the face. He then pulled his legs up and aggressively shoved him inside the jeep. The elderly man then cries aloud and gets out of the jeep.

A report by 24 News said that the police had demanded a fine when the two men on the motorcycle were caught without helmets. However, they didn't have enough money with them and said they would pay it in court. The police then asked for their mobile phone after which the incident took place.