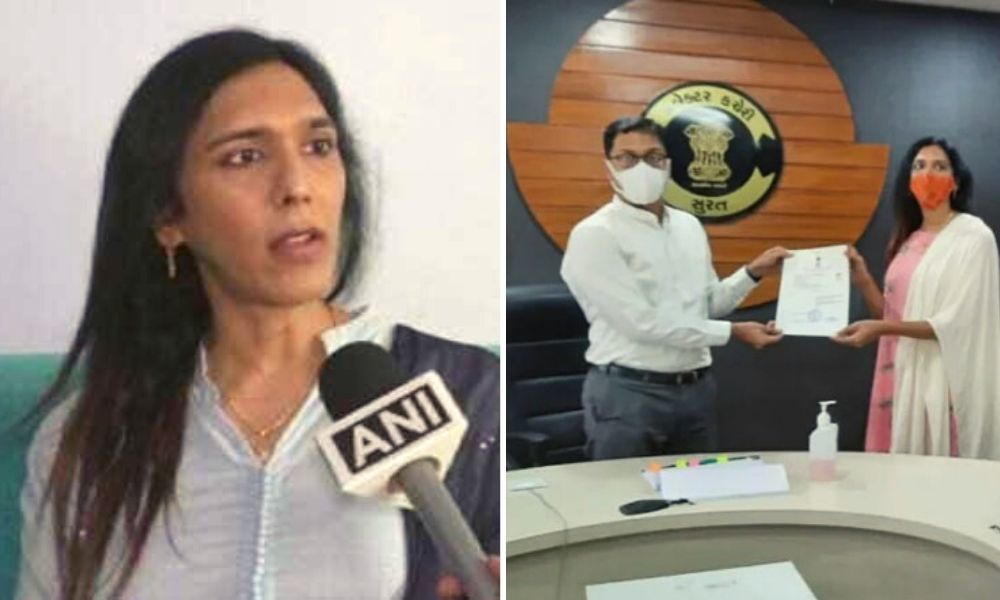 Patel was diagnosed with gender dysphoria. She realised she was a woman at the age of 12.

Alisha Patel's mental and emotional suffering was finally put to an end after becoming the first transwoman to be recognised by the Gujarat government and receiving a Transgender Identity Card.

Speaking to the Times of India, Patel describes the official recognition as a rebirth."I can now confidently claim my identity and do things as a woman that I could not do earlier," she said.

But it wasn't easy to receive the identity card. Surat's social defence officer Lalji Patel said earlier it was a lengthy process to obtain the card, as the online registration process is hectic.

A resident of Surat, Patel was diagnosed with gender dysphoria. It is described as a sense of uneasiness a person experiences due to a mismatch between their biological sex and gender identity. Clinically, it is termed as a feeling of distress caused due to a gender mismatch. She spent three years and ₹8 lakh to become a woman, reported the Times of India.

Youngest of all the siblings, Patel realised she was a woman at the age of 12. She told the media how she always preferred wearing a long skirt as a school uniform over the boys' shorts but couldn't express herself. She also realised the changes in her body language, the way of talking, and so forth.

What remained her biggest source of encouragement was the constant support of the family. They never objected to her transformation and instead helped move out of the rough patch swiftly, from counselling sessions by a psychiatrist to the sex-change operation.

"Initially, there were some apprehensions in other people, but I have survived them all," she was quoted as saying.