Fighting Malnutrition: The Transformative Journey Of Dhuleshwar From Rajasthan

Bereft of a family and the comforts and privileges that come with it, Dhuleshwar moved from one house to the other in his village Vagheri in Rajasthan's Dungarpur district. His parents had left him a small piece of land and a small house.

Dhuleshwar was only two years old when he lost both his parents. His grandmother became his caregiver, but she also did not live long. Bereft of a family and the comforts and privileges that come with it, Dhuleshwar moved from one house to the other in his village Vagheri in Rajasthan's Dungarpur district. His parents had left him a small piece of land and a small house.

His uncle agreed to give him food and shelter, but he had to do household chores in return. With no one to take care of him, Dhuleshwar was often found roaming the streets of the village, shabby and unkempt. No one had bothered to admit him to a school. His rights were denied, and he was leading a childhood of neglect and abandonment. 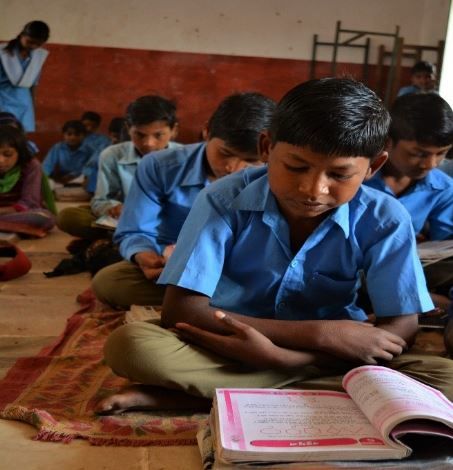 The Save the Children team was concerned to see his dishevelled appearance. As an immediate action, the team made arrangements to get his hair cut and for him to take a bath. The on-ground team spoke to his uncle and other relatives, but no one was keen to take on his responsibility. Next, a meeting with the village community members was convened to find a caregiver for Dhuleshwar.

In the meeting, the team informed that the caregiver would get cash for taking care of Dhuleshwar under the state government's Palanhar Scheme. A few of his relatives showed interest with the prospect of getting monetary assistance. The Palanhar Scheme is a cash transfer scheme provided by the Rajasthan government to support orphaned and other vulnerable children. After a round of consultations, the team asked his uncle, Ishwar Katara, to become his guardian. The team even counselled him on his role and responsibilities.

Dhuleshwar was also enrolled in the village school. The team also informed Ishwar and his wife not to involve him in any household work as it would affect his schooling. But that advice was ignored. His aunt would send him to the forest to cut and collect wood for fuel, wash utensils at home and collect water for the household. These chores kept Dhuleshwar away from attending school regularly.

Save the Children team intervened again and spoke to the School Management Committee (SMC) of a residential school to admit Dhuleshwar. Staying in a hostel made a lot of difference; he could attend school regularly and focus on his studies. He completed his matriculation in 2020.

Dhuleshwar is now 18 and does not come under the Palanhar Scheme anymore. He lives with his guardian's family and is focussing on finishing Class 12. He aspires to become a doctor.