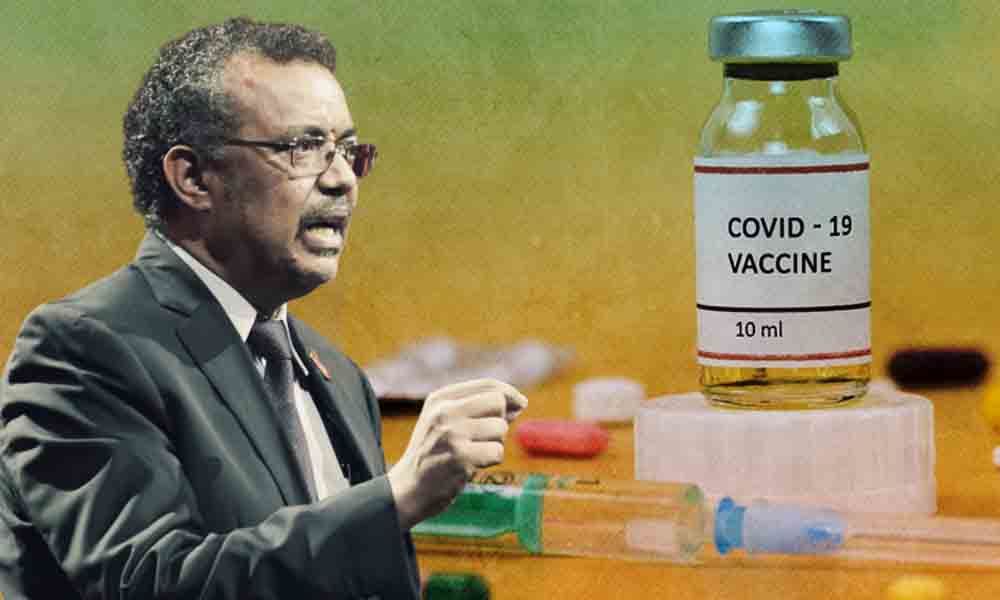 'There May Never Be COVID-19 Silver Bullet': World Health Organisation

WHO Director-general Tedros Adhanom Ghebreyesus urged all nations to rigorously enforce health measures and guidelines laid down by the health organization.

There is no 'silver bullet' and might never be for the disease, the World Health Organisation (WHO) said on Monday.

Addressing the media in a virtual press conference, WHO director-general Tedros Adhanom Ghebreyesus urged the government around the world and citizens to continue to follow the listed guidelines and social distancing and other hygiene norms.

"The message to people and governments is clear: 'Do it all'," Tedros told a virtual news briefing from the U.N. body's headquarters in Geneva.

Our message to governments and people is clear:

Face masks should now become a symbol of solidarity around the world, he added.

Tedros and WHO emergencies head Mike Ryan advised all nations to rigorously enforce health measures and guidelines laid down by the health organization.

Describing the current rate of the vaccine developments, Tedros said that many have now reached Phase III clinical trials and can hope to have various effective vaccines that can help prevent people from infection.

One of the areas that the health organisation have been studying is the origin of the virus that causes COVID-19. For the same, the WHO investigation team including an epidemiologist and an animal health specialist had travelled to China.

They have now concluded their mission to lay the groundwork for a probe to identify the origins. Their scoping mission is now complete, Tedros confirmed.

"WHO and Chinese experts have drafted the terms of reference for the studies and programme of work for an international team, led by WHO. "The international team will include leading scientists and researchers from China and around the world," he added.

According to the report presented by WHO, scientists believe the virus transmitted from animals to humans possibly from a market in the city of Wuhan, where exotic animals are sold for meat.

The deadly virus has claimed over 690,000 lives and has infected at least 18.1 million since the outbreak as per the latest data. Over 1 million people have recovered so far.