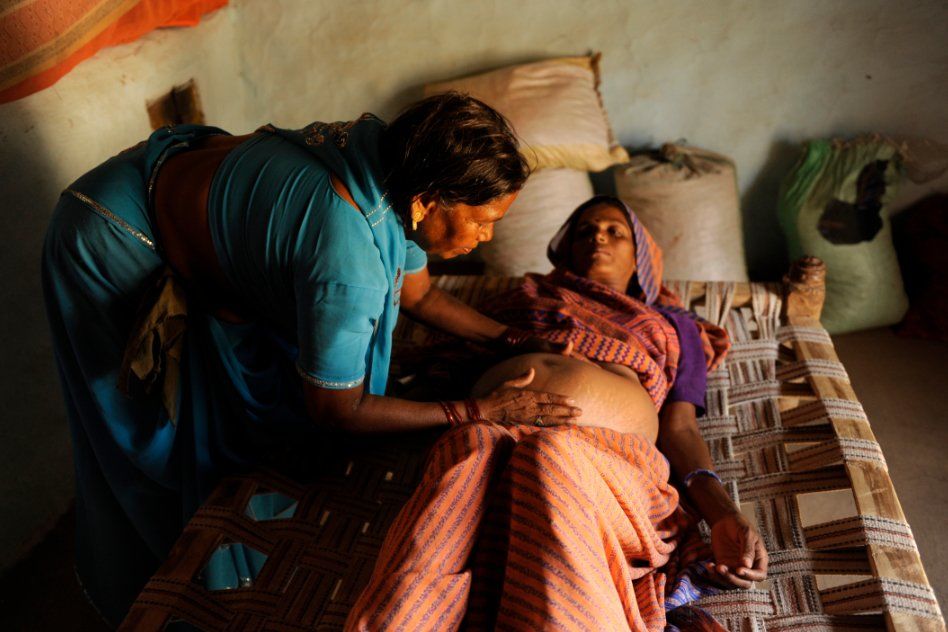 Surrogacy In India : Meaning, Legal Status And The Flip Side

Today, we would like to deal with surrogacy, a topic which is a matter of debate for various reasons across the world – legal, moral, emotional, economic, medical and so on. However, before we delve deeper into the matter, it is imperative to know the meaning of the word itself.

Meaning and types
According to Merriam Webster’s Dictionary, surrogacy refers to the practice by which a woman (called a surrogate mother) becomes pregnant and gives birth to a baby in order to give it to someone who cannot have children.” The word “surrogate” has its root in Latin surrogates (substituted), meaning appointed to act in the place of someone.

There are two kinds of surrogacy, traditional and gestational.

In traditional surrogacy, the surrogate mother is artificially inseminated with the sperm of the intended father or sperm donor. The surrogate’s own egg is used, thus she is the genetic/ biological mother of the resulting child. The technique used is intrauterine insemination, or IUI. The surrogate mother is genetically related to the child (a relative usually). This method is usually adopted only when the egg of the biological mother or sperm of the biological father are not available for use.

In the gestational surrogacy, the surrogated mother is not genetically related to the child because her eggs are not used at all. The intended mother donates eggs while the intended father donates the sperm, the two are fused in-vitro, and the embryo is transferred to the womb of the surrogate mother to develop. The embryo remains in the lab for 3-5 days. After being transferred to the surrogate mother’s womb, the normal gestation period of a pregnancy is followed. It is to be noted that the chances of success are higher when the eggs are taken from a biological mother who is otherwise infertile than when she is normally fertile.

In both the cases, the born child is finally given to the couple who seeks parenthood.

Surrogacy in India:
India had its first surrogate baby delivered in 1994. Since then commercial surrogacy in our country has grown by leaps and bounds, evolving into a multi-crore industry. At present, India has some of the best fertility packages in the world to offer and the surrogacy industry rakes in above $400 million annually.

Those parents who want a surrogate child flock in from all over the world to India with valid fertility visas. India is a preferred destination because commercial surrogacy is either banned in their home countries or has become an expensive affair while India proves to be a cheaper alternative. Eggs can be legally and cheaply donated in India.

In India, they are able to undergo in-vitro fertilization, transfer the embryo to healthy surrogate mothers, go home and supervise the rest of the procedure from their homelands. After the child is born, they are able to file for proper exit visas to carry their surrogate child home. The entire process functions within the regulatory guidelines provided by the Indian Council of Medical Research (ICMR).

When surrogacy as business began in India, it was ridden with loopholes. For example, there was no written agreement between the intending parents and the surrogate mother. The oral agreements made the latter vulnerable to exploitation and ill-treatment. Subsequently, proper contracts were introduced so that neither the intending parents nor the surrogate mother would be cheated.

Surrogate mothers are provided with special shelter, diets, check-ups and maintenance allowances in many of the bigger and better-organized fertility clinics. Besides, while the intending parents receive the blessing of a child, the surrogate mother gets a payment between Rs 1 – 4 lakhs which she uses for various purposes like funding her own biological child’s education, paying off a debt, constructing a house, etc. It is to be noted that these women usually belong to the lowest rung of Indian society, and are economically not well off.

Thus, surrogacy in India is portrayed as a win-win situation for all the parties – the intending parents attain a much-wanted baby, the surrogate mother is well-paid while the surrogacy clinics reap huge profits in the business. The intending parents could be infertile or single or homosexual couples, all of whom cannot conceive a child naturally.

The flip-side:
However, all is not well with what meets the eye regarding the surrogacy industry in India. To begin with, the term “industry” itself takes away from the emotional aspect of the entire process. There is no provision for the surrogate mother to claim the child after birth in case she wants to. Many a times, more than one egg is fertilized in-vitro so as to raise the chances of survival in the surrogate mother’s womb. This may result in twins or triplets or quadruplets being conceived and the intending parents have to go through the emotionally painful decision of aborting the extra embryos.

Moreover, if there is some congenital deficiency in the child inside the surrogate mother’s womb, it is also aborted. Thus, the intending parents have to go back home empty-handed while the surrogate mother does not receive any compensation for the process undertaken till then. Sometimes, the defect / disease are discovered after the delivery of the child and such a one is left in India, with nobody to claim parenthood.

There is a fear of a surrogate mother’s name being revealed due to social stigma, though legally her identity is not to be revealed. There might be post-partum trauma or physical strain which is not taken into account after the delivery of the child. If a surrogate mother falls ill or dies after being discharged from the surrogacy clinic, nobody is held accountable. Most importantly, there is absence of a precise legal framework within which the industry functions in India.

This is the first article in the series “Surrogacy In India”, to create awareness on the issue.