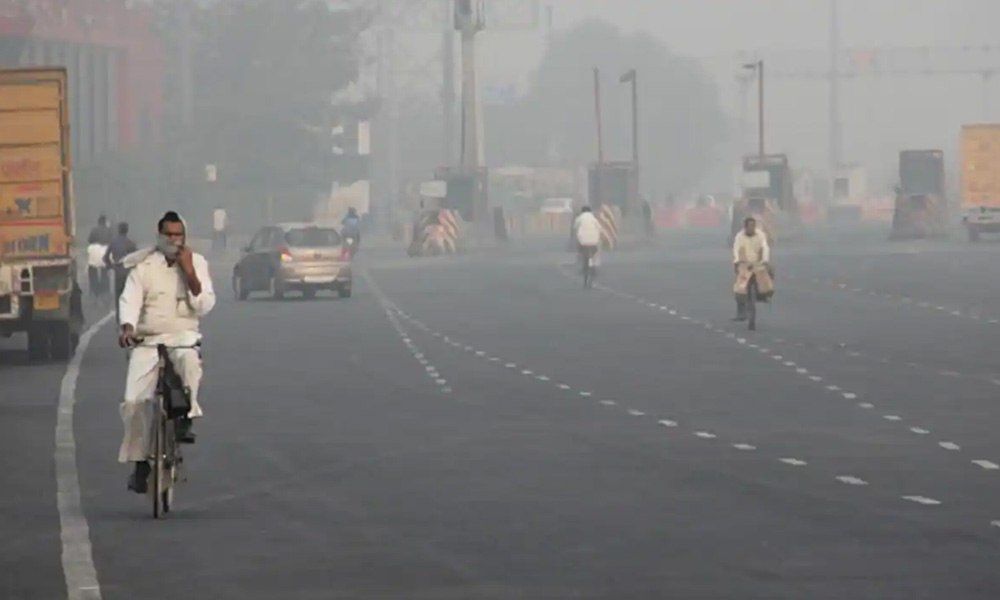 The report has stated that half of the infants lost their lives because of the outdoor PM2.5 while the other deaths were related to the usage of solid fuels like wood, animal dung, wood and charcoal for cooking purposes.

Over 1,16,000 infants in India lost their lives in their first month itself in the year 2020, according to a recent global study conducted on Wednesday which is the first comprehensive analysis of the global impact of air pollution on newborns. The study has revealed that household and outdoor hazardous particulate matter pollution has badly affected Indians including infants.

Exposure to household air pollution has shown some progress in the study which states that the pollution level has been decreasing but the levels of the dangerous PM2.5 outdoor particulate have been stagnant. Indians also have been the third-highest to be exposed to ozone.

The report, known as the State of Global Air 2020 (SoGA 2020) has been released by the US-based Health Effects Institute (HEI) in cooperation with the Institute of Health Metrics and Evaluation at the University of Washington, and the University of British Columbia.

The HEI is a non-profit and independent research institute which is funded in a joint programme by the US Environmental Protection Agency, industry, foundations and development banks. The report has said that air pollution is the major cause of death than any other health risk that causes death.

The global report talks about the South Asian countries who are exposed to high levels of outdoor pollution and this has posed as a major challenge for the population.

The findings are based on the latest Global Burden of Disease study published in the international medical journal called 'The Lancet' which was published on October 15. The report has stated that half of the infants lost their lives because of the outdoor PM2.5 while the other deaths were related to the usage of solid fuels like wood, animal dung, wood and charcoal for cooking purposes.

Around 1.67 million people died annually in India, in 2019 because of heart attack, neonatal diseases, chronic lung diseases, stroke, lung cancer and diabetes as they were highly exposed to the household and outdoor air pollution.

Most of the infant deaths were associated with low birth weight complications and preterm birth.

According to a report by the Business Standard, India, Pakistan and Bangladesh are among the top 10 countries with the highest exposure to PM2.5 in 2019. 100 per cent of the population resides in areas where the PM2.5 levels are much higher than the standard norms of air quality recommended by WHO.

Lancet report revealed deaths of 476,000 deaths of infants worldwide in 2019 where India recorded over 1,16,000 newborn deaths.

However, the Pradhan Mantri Ujjwala Yojana Household LPG program and various other schemes have assisted in expanding the access to pollution-free energy mainly for households in the rural areas.

Similar actions to control sources of air pollution in cities and states across India has been developed by the National Clean Air Programme.

The report also highlights some evidence linking air pollution to heart and lung infections causing deaths of over 1,10,000 people in India, worsening the effects of coronavirus. This has also raised concerns on rising levels of air pollution during the winters in South Asia and East Asia which can increase the risk of COVID-19.

HEI President Dan Greenbaum said, "An infant's health is critical to the future of every society, and this newest evidence suggests an especially high risk for infants born in South Asia and sub-Saharan Africa."

"Although there has been slow and steady reduction in household reliance on poor-quality fuels, the air pollution from these fuels continues to be a key factor in the deaths of these youngest infants," he added.

Various scientific studies conducted across various countries have shown that women who are exposed to high levels of air pollution during pregnancy are most likely to give birth to infants with low birth weight and pre-term birth.

These conditions are linked with complications that have caused around 4,55,000 deaths during the neonatal period in 2019. These neonatal deaths are mostly associated with ambient as well as household air pollution.