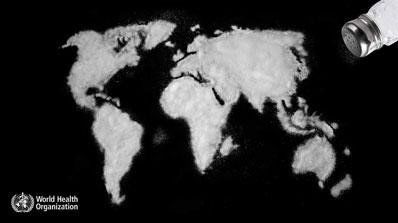 Salt: A Daily Consumption Commodity, But Do We Know Its Basics?

A DASH OF SALT, ANYONE?

Apart from being a CIA agent who is allegedly accused of being a Russian sleeper cell spy who is constantly on the run to elude capture from her superiors who are under the impression that she is here to assassinate the President — Salt is biblically speaking, an indispensable commodity used by ancient civilizations for a plethora of activities, most of which are jaw-dropping. Salt, fondly known as table salt or namak(in India) is a mineral compound, chemically known as NaCl (Sodium Chloride.) is by far the biggest source of sodium for the body. It has been playing a lot of significant roles from the past 4700 years of its interesting history. During the Egyptian civilisation, it served as a food preservative and also aided in the mummification of the bodies. Salt plays a paramount role in our lives so much so that it was used as a unit of exchange and was traded for jewels, silk and sometimes even gold by the Arab merchants. It also marked a symbol of friendship, trust and status in the society. Another eye-opening fact, roman soldiers were paid in “salt money.” What makes it more compelling is the word “salary,” takes its etymological root from the word “salarium” meaning “salt.” Delving deeper into the ‘Salty Chronicles’ reveal that it is also used as a seasoning, a disinfectant and a religious symbol. The minerals found in salt help the human body maintain fluid balance, carry electrical charges and in muscle function. But, the million-dollar question being,” Is it good for us?”, “What happens if I ingest a lot of salt?”, ” Will it be an issue if I under-salt my food items?” We shall give you a comprehensive picture weighing both sides of this crystalline entity which can either make you or break you.

Dietary prescriptions recommend about 1 tablespoon of sodium per day to be ideal. Records prove that consumption in moderation isn’t detrimental unless you come under the narrow umbrella of the SS group (nope, it has nothing to do with Hitler). People usually above the age of 50 are, “Salt Sensitive (SS)” so are those with high blood pressure. Small changes in consumption lead to exponential disastrous effects.

A quick reality check shows some mind-numbing statistics which puts India on the radar for consuming double the recommended amount of salt; putting them at a greater risk of cardiovascular diseases (CVD) and ultimately, death. WHO states that “the average daily salt intake was 10.98 grams per day for Indians aged above 19 against the WHO recommendation of 5gm.” Also, CVD is the leading cause of mortality in India each year leading to some 2.3 million deaths each year, a quarter of which are attributed to high blood pressure. By 2030 the number of people suffering from high blood pressure in India is set to nearly double to 213 million. With imminent danger looming ahead, these alarming numbers need to be brought down by having more engaging and open conversations about this epidemic of sorts. Impetuous attitude shown by Indians towards the over-consumption of the humble salt might prove to be costly in the long run. Let’s not take this with a grain of salt but with a pinch of optimism and hope that citizens make more informed decisions about the consumption of our beloved salts.